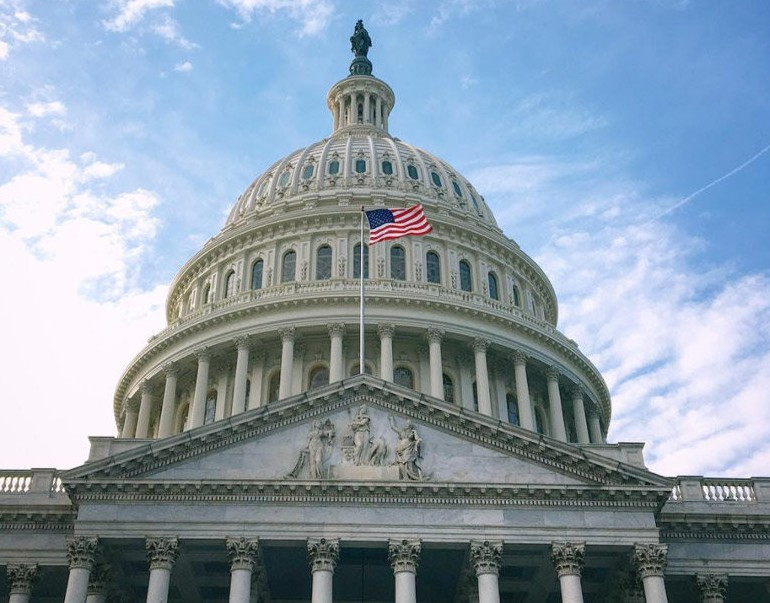 Top sporting officials will be called to a United States House of Representatives hearing in Washington D.C. on May 23 to answer concerns about "the potentially pervasive and systemic problem of sexual abuse across the US Olympic community".

The hearing of the House Energy and Commerce Committee’s Oversight and Investigations Subcommittee will include Susanne Lyons, acting chief executiveof the United States Olympic Committee (USOC) and Kerry Perry, President and chief executive of USA Gymnastics.

It will focus on whether there are adequate safeguards in place within their organisations against the abuse of young competitors.

"We are concerned about the potentially pervasive and systemic problem of sexual abuse across the U.S. Olympic community," said Representative Greg Walden, chair of the Committee and Subcommittee chairman Gregg Harper in a joint statement.

"The institutions we’ve called to testify have long been entrusted with the safety and well-being of America’s athletes."

Others testifying, after the emergence of the #MeToo movement and a national shift in sentiment toward sexual assault victims, include the chief executives of USA Swimming, USA Taekwondo, USA Volleyball and the US Center for SafeSport, the committee said.

Several US sports organisations have been criticised for not acting on complaints of abuse by Nassar and others.

It also sets up a new body in the USOC that responds to sexual misconduct reports.

USA Gymnastics claimed in a statement after a Senate hearing last month it was "committed to doing everything it can to prevent abuse from happening again by making bold decisions and holding ourselves to the highest standards of care".

A USOC spokesman said: "We have been cooperating with Congress on the important issue of athlete safety for more than a year and we welcome the opportunity to continue the dialogue at the upcoming hearings and beyond.

"We share a common goal of better protecting and empowering the athletes who are at the centre of the Olympic and Paralympic movements."

In the aftermath of the Nassar scandal, the USOC has outlined reforms aimed at protecting its athletes from abuse.

The scandal prompted the Board of Directors at USA Gymnastics to resign, along with top officials at Michigan State.

Meanwhile it has emerged that Bela and Martha Karolyi, the couple who ran the Karolyi Ranch gymnastics training centre in Texas at which Nassar committed some of his offences, are suing the USOC and USA Gymnastics for cancelling the purchase of their ranch, CNN reports.

According to court documents dated April 20 and filed in a Texas District Court, the couple also wish to distance themselves from any alleged misconduct by Nassar.

Before criminal and civil lawsuits were filed involving Nassar and also listing the Karolyis as defendants, USA Gymnastics was expected to buy a portion of the Karolyi Ranch, the couple allege in the lawsuit, citing a July 2016 purchase and sale agreement.

"During the negotiation of the purchase agreement, USAG never informed the Karolyis of Larry Nassar's alleged sexual misconduct on the property although they had knowledge of the same from the reports they received in 2015," the plaintiffs say in the lawsuit.

After Nassar was arrested on child pornography charges in December 2016, the Karolyis received notice from USA Gymnastics that it would terminate the purchase and sale agreement.

USA Gymnastics stated that pending litigation had affected its sponsorship relationships "that provide vital funding to allow USAG to use the Karolyi Ranch facilities as intended" as well as altering "the general perception of the Karolyi Ranch as an appropriate venue for USAG activities," the lawsuit outlines.

USA Gymnastics also terminated its lease of the Karolyi ranch in January 2018, the complaint says.

Court documents cite the "breaches of contract and duties owed to plaintiffs which have resulted in severe damages to plaintiffs' reputation, health, and real property".

The Karolyis have denied any wrongdoing or knowledge of Nassar's abuse at the Karolyi Ranch.