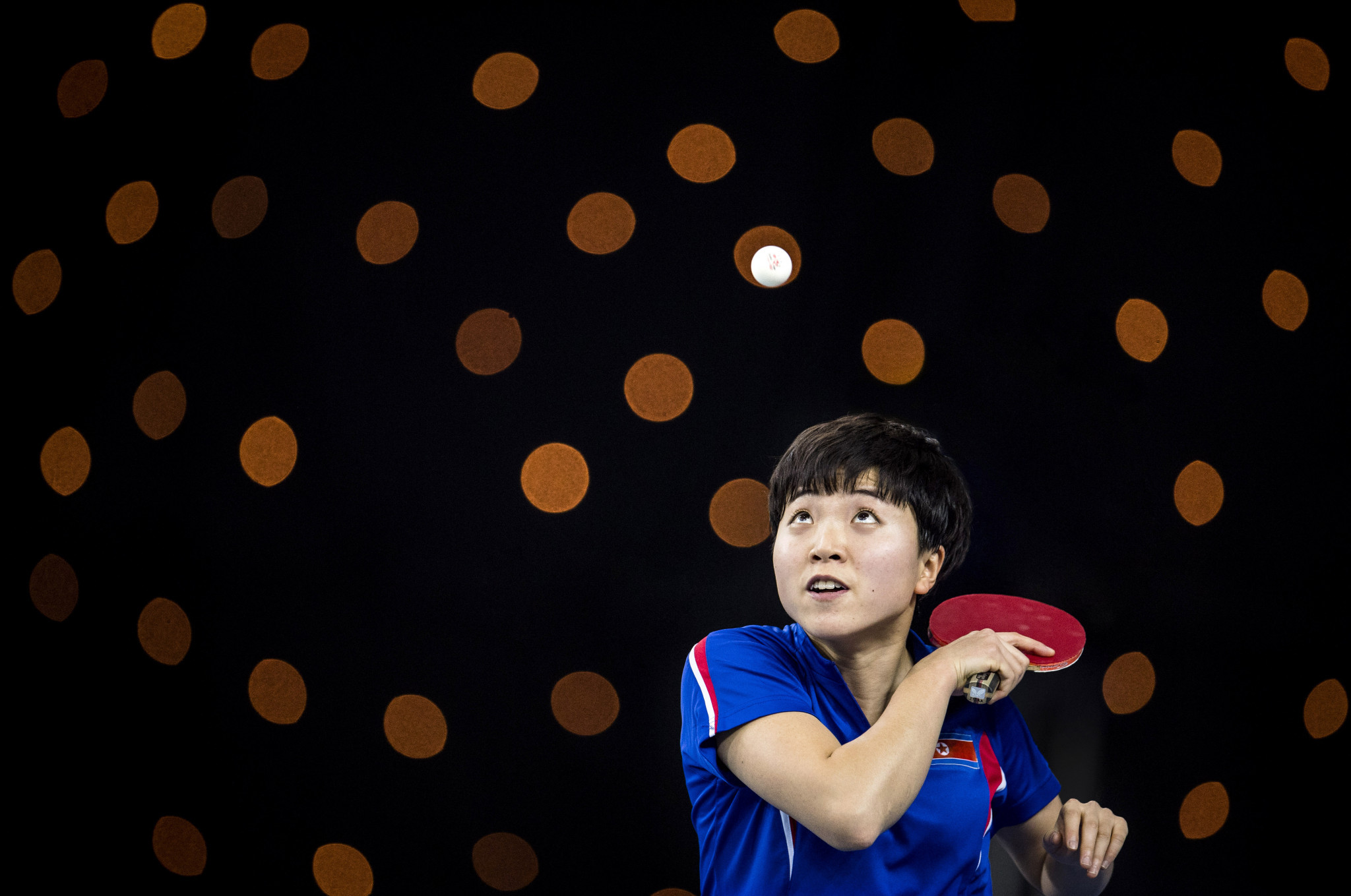 North Korea comfortably dispatched Russia to set up a meeting with South Korea in the quarter-finals of the women's event at the World Team Table Tennis Championships in Halmstad.

North Korea, whose participation at the tournament is being funded by the International Olympic Committee, cruised into the quarter-finals with a comprehensive 3-0 victory over their Russian opponents at the Halmstad Arena.

The win ensured they would go on to face South Korea, who were given a bye, in the last eight.

The match will take place tomorrow and comes after a meeting between Kim Jong-un and Moon Jae-in, supreme leader and President of North and South Korea respectively, last week.

During the historic summit, held in the truce village of Panmunjom, they reaffirmed their commitment to "complete denuclearisation".

North Korea's progression at the event in the Swedish city was secured in style as they won all three matches without losing a game to take an unassailable lead in the tie.

Ukraine booked their place in the last eight for the first time as they stunned eighth seeds Singapore 3-2.

Ukraine's reward is a clash with Japan, while Hong Kong will face European champions Romania.

In the men's tournament, 2015 European Champions Portugal squeezed through to the next round by beating the Czech Republic 3-1.

Chinese Taipei also booked their place in the main draw as they defeated Belarus 3-2 in a hard-fought encounter.

Austria knocked out Germany with a 3-2 win in the last round of 16 contest and will take on the might of defending champions China next.