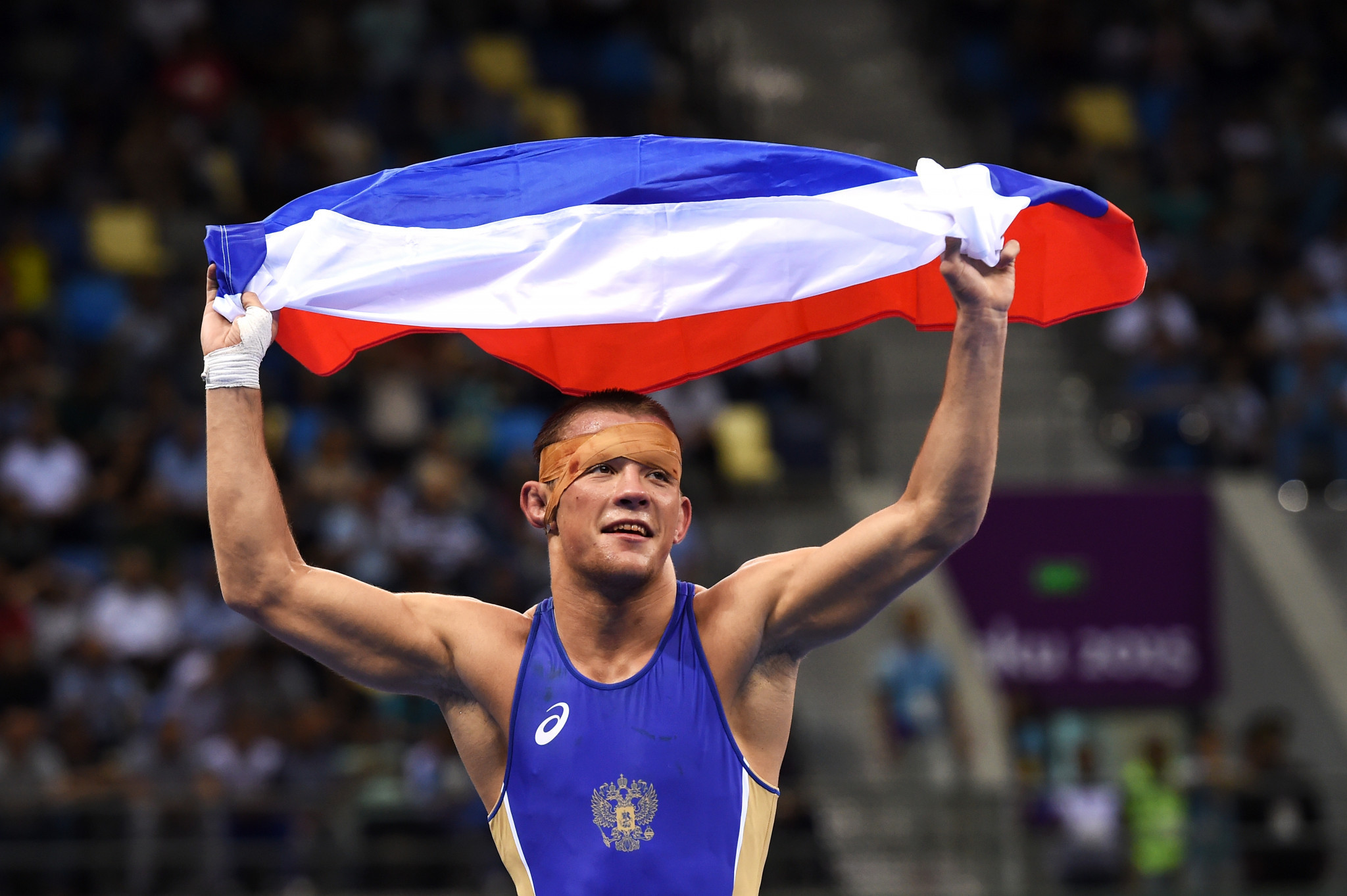 Sergey Emelin got the ball rolling for the hosts with victory in the 60 kilograms category at the Ali Aliyev Sport Complex.

He was, however, pushed hard by Azerbaijan's Murad Mammadov, eventually winning by a 6-5 VPO1 scoreline.

The home nation's success continued in the 67kg competition as Artem Surkov, winner of the gold medal in the 66kg category in last year's European Championships in Novi Sad in Serbia, thrashed Georgia's Shmagi Bolkvadze by an 8-0 VFA scoreline.

Adam Kurak made it three out of three gold medals for Russia with his first European title since 2014, securing a 9-5 VPO1 win against Rasul Chunayev of Azerbaijan.

Armenian athletes took the top prizes in the other two Greco-Roman finals today.

Maksim Manukyan beat Viktar Sasunouski of Belarus by virtue of a VSU after a 0-0 score in the regulation period.

The final bout of the day saw Armenia's Olympic champion Artur Aleksanyan win his first European Championship title since 2014 but sixth overall with a convincing 7-0 VPO win against Mikheil Kajaia of Serbia.