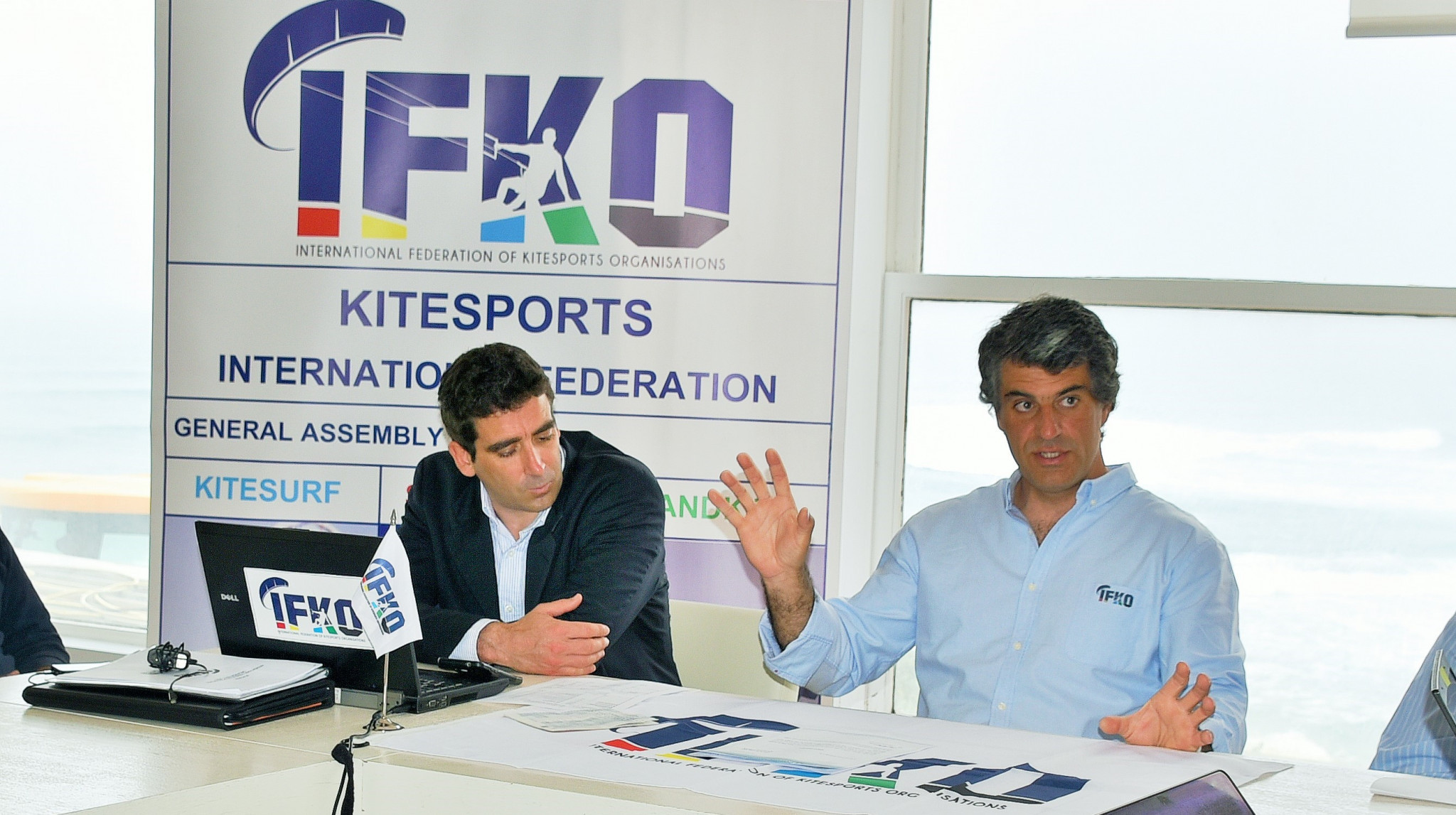 Fernandes claimed World Sailing had no right to govern the sport of kiteboarding during an impassioned address at the IFKO Annual General Meeting in Cascais in Portugal.

He also threatened legal action and claimed a cartel, comprised of the International Kiteboarding Association (IKA) and the Global Kitesports Association (GKA), existed within the sport.

The IKA and the GKA signed an agreement with World Sailing last year, aimed at clarifying the governance structure of the discipline.

"Everything was done to orchestrate our sport to not-so-proper purposes… even the artistic creation of a ghost-entity like 'IKA' in 2008," said Fernandes.

"This group of people only lives from hype and the acceptance they receive coming from using fear, threats and from the return for favours, from event organisers and those responsible for local city halls.

"It is important now that the police starts to investigate the past and who controls the activities of this company 'Kitesports Limited' that hides behind the front of “IKA” and if there is relation with those who financially control the main kite brands.

"World Sailing, as the private company it is, has owners, so maybe the police needs also to start their investigation about a possible cartel within the sport.

"Investigation of 'IKA' and GKA nested inside World Sailing might bring up several illegalities that are buffering and delaying the success of IFKO as the rightful governing body it is and its International Olympic Committee recognition."

Fernandes did not address whether or not a legal case would be launched against World Sailing, whose "illegal abuse of dominant position is causing great harm to the kite structures and their competitions at a national and international level", according to the IFKO.

The IFKO President confirmed, however, that their ruling Council had agreed to restore the legality of the sport in each country which is a member of the governing body.

Kitesurfing, land kiting, and snow kiteboarding fall under the remit of the IFKO.

"World Sailing is recognised by the IOC Associations of Summer Olympic International Federations and Global Association of International Sports Federations as the world governing body of the sport of sailing in all its forms, including all forms of kiteboarding on the water, and seeks to protect the rights of all kiteboarding stakeholders," World Sailing said in a statement sent to insidethegames.

"Last year World Sailing signed an agreement with the IKA and GKA, uniting the community and providing clarity of kiteboarding’s governance structure.

"Under the agreement, the GKA has the right to run expression events at a world level for wave, strapless freestyle, big air (twin tip), freestyle (twin tip) and slider/obstacle and the IKA is responsible for the racing disciplines.

"The GKA is responsible for the development of pathways for expression events but works exclusively with the IKA and its national kiteboarding associations."