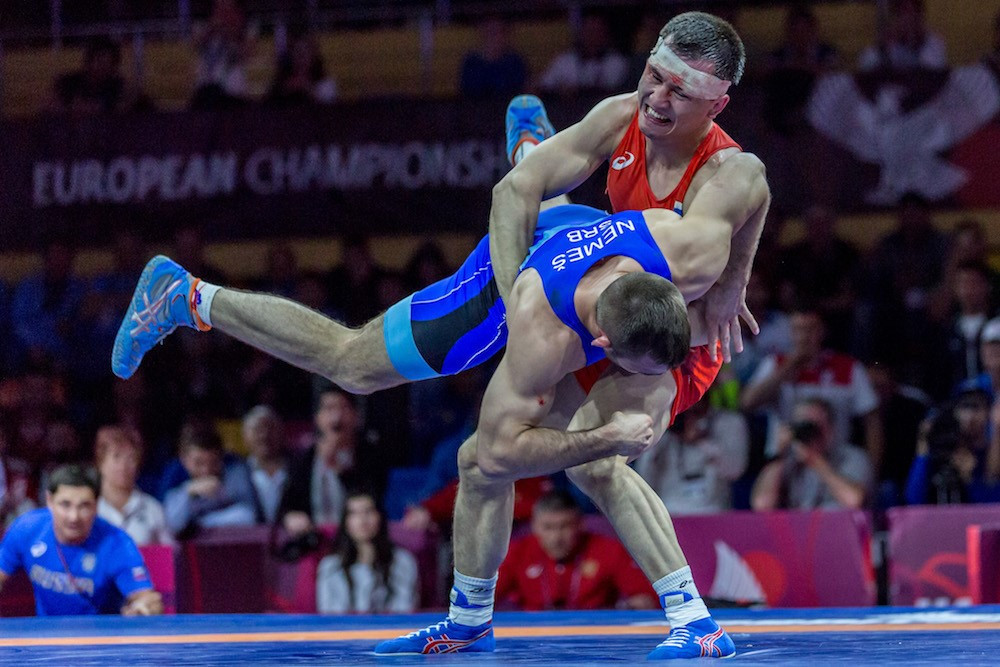 The 27-year-old, winner of Olympic gold medals at both London 2012 and Rio 2016, beat Serbia’s Viktor Nemes by a comfortable 5-1, 3-1 by VPO1 scoreline to ensure he finished top of the podium before a sell-out crowd at the Ali Aliyev Sport Complex.

Vlasov's win, however, was the only success the home fans saw as the other Russian athletes competing in finals today both lost.

Take a look behind the scenes from Day Two at the European Championships 2018 #uww pic.twitter.com/2Bll6DsoM1

The only finals that did not include Russian athlete were those in the 55kg and the 63kg categories.

Earlier, the official Opening Ceremony for the Championship had taken place.

"This is one of the most important tournaments of our calendar and the organisers here along with the Russian Wrestling Federation and the people of Kaspiysk have made us and Dagestan proud.

"The event is being well-managed and is enjoyable for fans and athletes."