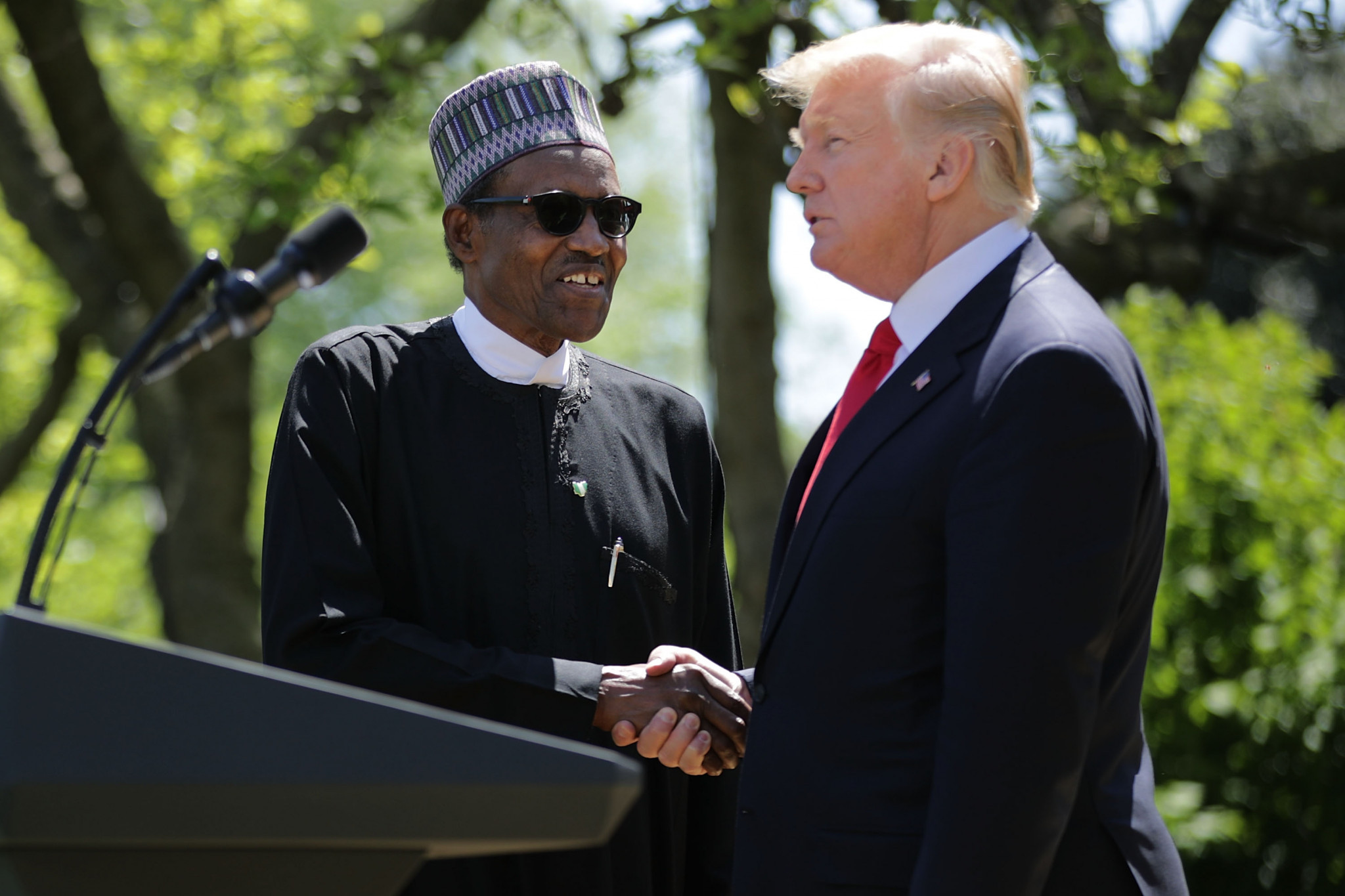 United States President Donald Trump has ignored a warning from FIFA regarding political interference in the race for the 2026 World Cup as he called on African countries to support the joint North American bid.

Trump also warned the US would be "watching very closely" during a joint press conference with Nigerian President Muhammadu Buhari at the White House in Washington D.C.

"I hope all African countries and countries throughout the world, that we also will be supporting you and that they will likewise support us in our bid, along with Canada and Mexico, for the 2026 World Cup," he said.

"We will be watching very closely, and any help they can give us in that bid we would appreciate."

The comments mark the second time in less than a week where Trump has weighed-in on the 2026 race, where the joint candidacy from the US, Canada and Mexico is taking on the bid from Morocco.

Last week, Trump sparked controversy when he warned countries not to lobby against the United 2026 bid.

"Why should we be supporting these countries when they don't support us (including at the United Nations)?" he added in the post on Twitter.

Trump's Tweet caught the attention of FIFA, who refused to specifically address his comments, owever.

"We can only refer to the FIFA regulations for the selection of the venue for the final competition of the 2026 FIFA World Cup, and in particular to the bid rules of conduct incorporated therein," a FIFA statement added.

The host of the 2026 World Cup is due to be announced at FIFA's Congress in Moscow on June 13, the day before the start of this year's tournament in Russia.

It remains possible that there may not be a vote, however, as a FIFA Evaluation Task Force effectively has the power to exclude either candidate before the Congress if they fail to adhere to their requirements.

The FIFA Task Force has already inspected both bids but Moulay Hafid Elalamy, President of the Morocco 2026 bid, admitted the inspectors had "noticed some deviations from the initial planned programme" during their initial visit and would return to the country.