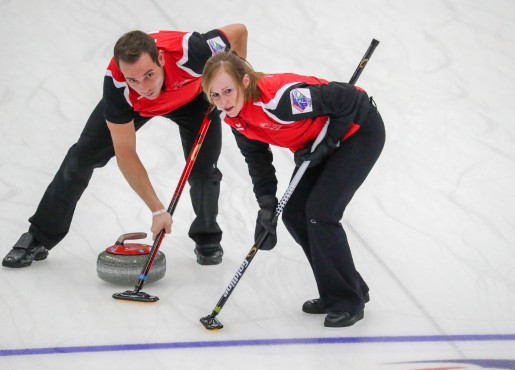 Switzerland have marginally increased their lead in the mixed doubles curling world rankings following their triumph at last week's World Championship in Östersund in Sweden.

The Swiss, who secured a second successive victory at the event after a battling success over Russia on Saturday (April 28), have added one point to their tally to move up to a total of 548.

They have dropped to 507 points, meaning they now trail Switzerland by 41.

Russia are third with 499 points.

Gaining the most points were Turkey, who received 10 in recognition of their run to the World Championship quarter-finals.

The full rankings can be accessed by clicking here.

The World Curling Federation (WCF) world rankings track and list the success of all Member Associations at the Pacific-Asia, European, World Wheelchair, Women’s, Men’s and Mixed Doubles Curling Championships, and the Winter Olympic and Paralympic Games.

Points are assigned based on performances at each competition and are awarded once per season to Member Associations, either after the World Curling Championships or the regional qualifiers.

Member Associations gain points over six seasons and with each new season the value of the points awarded, in the previous years, decreases.

At the World Curling Championships, 240 points are awarded for first place, 200 for second and 180 for third.

Points are awarded to those finishing as low as 12th, with them gaining 50.

Finishes at the Winter Olympic and Paralympics Winter Games count for double points.

Teams that do not qualify for the World Championships but participate at the Pacific and European Championships receive from 50 points down to one.

This system is in place to be fair to all nations because Canada and the United States do not participate in any regional qualifier.

The world rankings were developed by 1998 Olympic gold medallist and World Curling Hall of Fame recipient Patrick Huerlimann, who was vice-president of the WCF from 2010 to 2012.