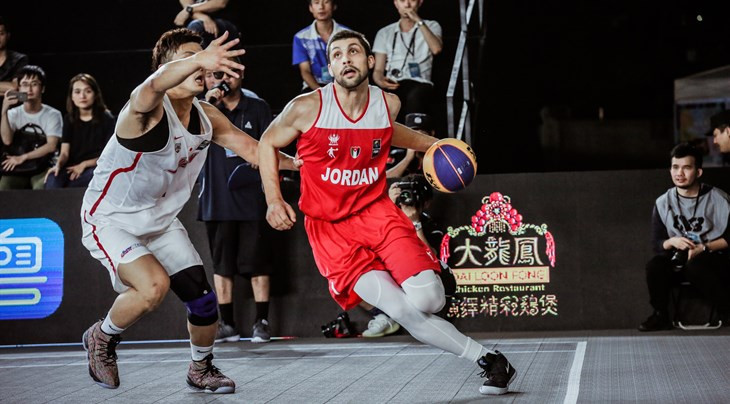 Mongolia’s defence of their men’s title at the International Basketball Federation (FIBA) 3x3 Asia Cup in Shenzen did not go according to plan as they were beaten 21-19 in overtime by Qatar in one of their opening pool games in the main draw.

Mongolia had won their first pool game 15-14 against Chinese Taipei, who were also beaten 21-17 by Qatar.

Jordan matched Qatar’s unbeaten record on day one of the main draw as they defeated Turkmenistan 15-13 and third seeds Japan 22-14 at the court alongside the Nanshan Cultural & Sports Centre.

But Japan’s 18-15 win over Turkmenistan was enough to earn them a place in the quarter-finals on Tuesday (May 1), where they will meet Qatar, while Jordan will play Mongolia.

The other four quarter-finalists will emerge from tomorrow’s pool matches.

On the women's side, New Zealand and Kazakhstan negotiated the opening day of main draw action unbeaten, although the latter needed overtime to beat Turkmenistan 18-16.

Kazakhstan are set to face second seeds China in Tuesday’s quarter-finals - China won their opening match 21-6 against Malaysia but then lost 21-10 to New Zealand.

The latter will now face Chinese Taipei in the quarter-finals.

Turkmenistan's Ayna Gokova ended the day as top scorer in the women's main draw, having scored seven points in their opening game against Chinese Taipei and 11 against Kazakhstan.

But defeats in both matches mean her active interest in the tournament is now over.