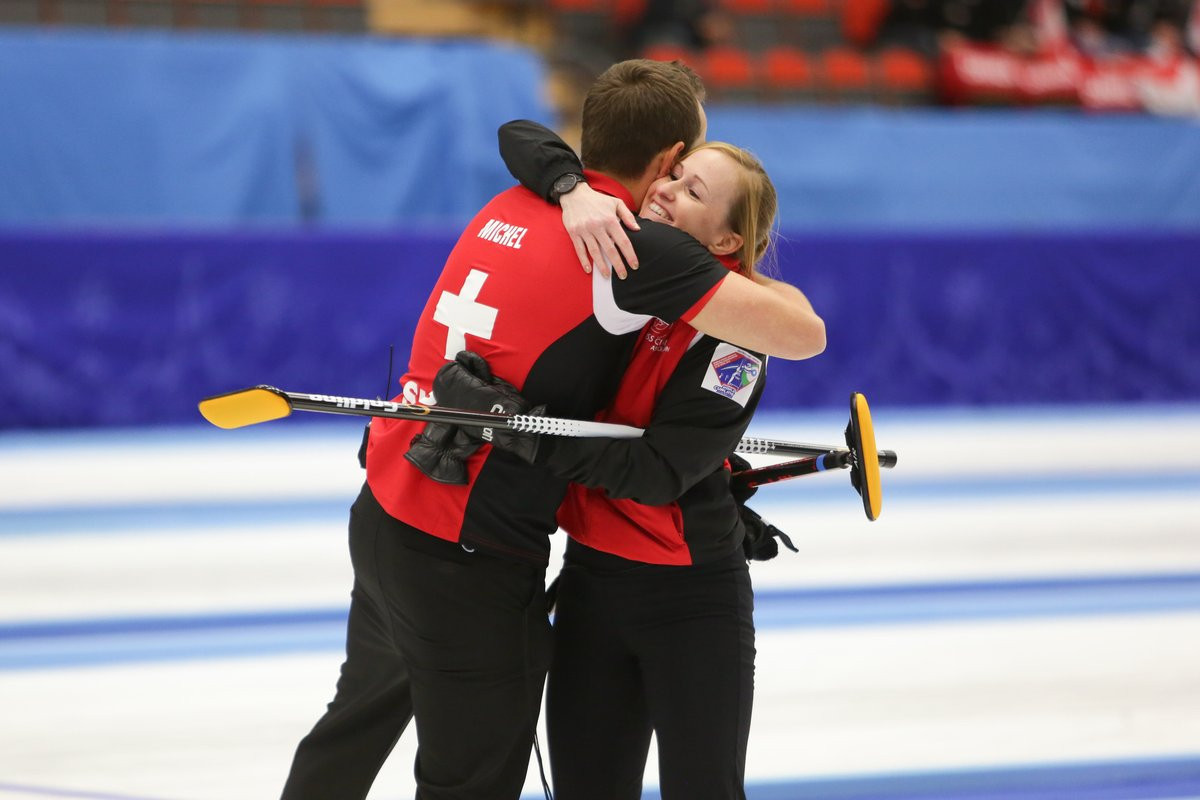 Switzerland have secured a second successive victory at the World Mixed Doubles Curling Championship 2018 in Östersund after a battling success over Russia today.

Michèle Jäggi and Sven Michel had beaten Canada 7-5 in a repeat of last year's final in this morning's semi-final at the Östersund Arena.

They then maintained their form with a superb victory over Russian pair Maria Komarova and Daniil Goriachev, who had prevailed 6-4 over South Korean in their semi-final.

Switzerland made the perfect start by scoring three points with the hammer in the opening end.

Russia responded with two in the second but the three point deficit was soon restored in the third end when Goriachev rolled out of his final hit.

Russia fought back again but were never able to close the gap completely.

Congratulations again to all of our World Mixed Doubles Curling Championship 2018 medal winners:

A two-point steal in the sixth end proved crucial for Switzerland as they held on in the final two.

It marked their seventh victory in the 11 editions of the mixed doubles event since it was first held in 2008.

Jenny Perret and Martin Rios, rather than Jäggi and Michel, were the Swiss pair who won last year's world title before they took silver in the event's Olympic debut in Pyeongchang in February.