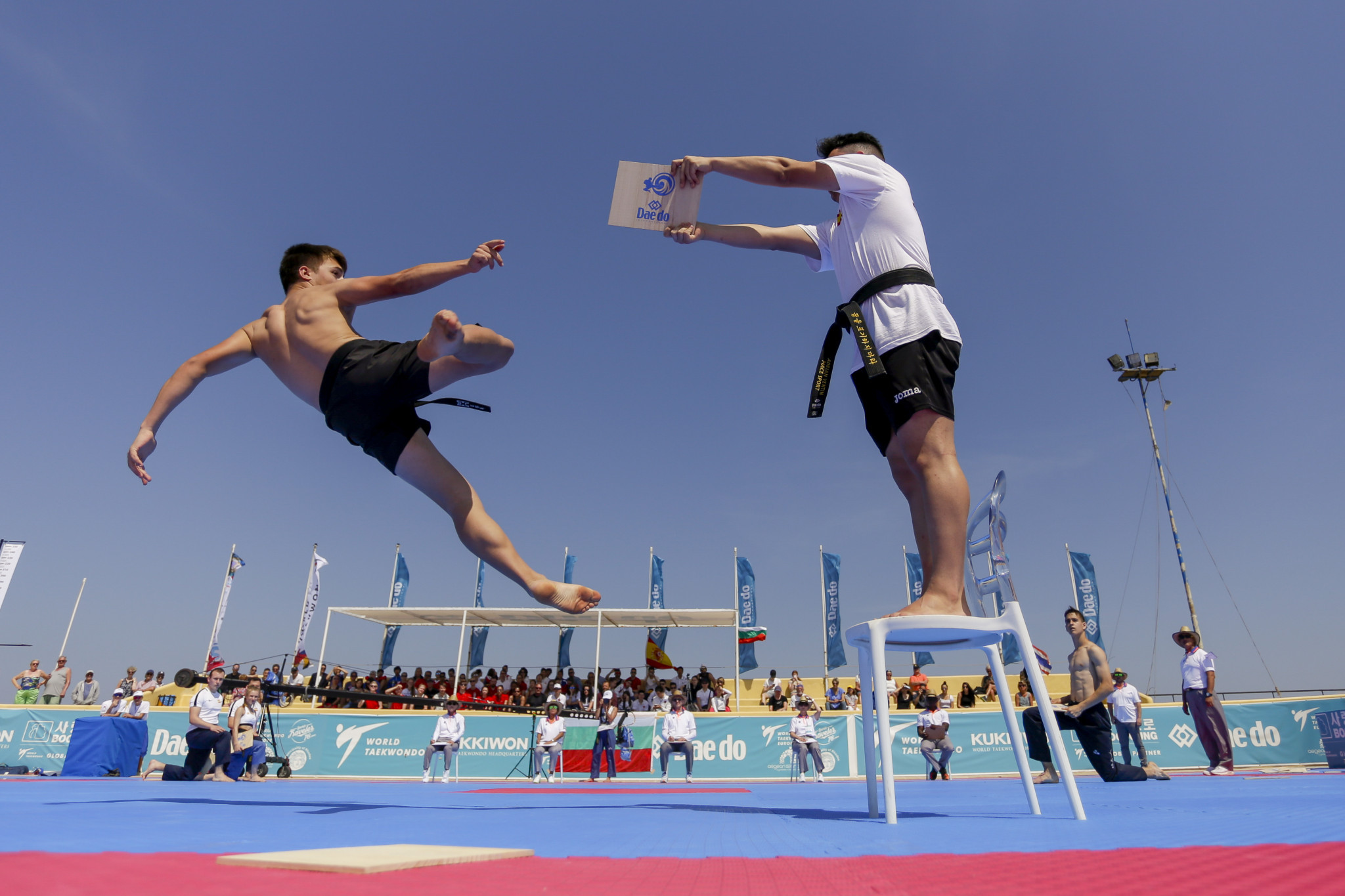 There was also success for Thailand in the men’s and women’s under-17 team competitions.

One of Thailand’s two freestyle poomsae triumphs came courtesy of Bompenthomnumsuk, winner of the men’s under-17 event with a score of 35.2 points.

Spain’s Manuel Alejandro Paz Romero took the silver medal with 33.4 points and Finland’s Daniel Halonen came away with the bronze with 29.7.

Today's next most successful country was Denmark with four gold medals.

Denmark’s victories all came in recognised poomsae with Eva Sandersen winning the women’s under-17 individual event, and Annaline Soeberg and Benjamin Harder coming out on top in the under-30 pairs.

Lisa Lents and Kim Nedergaard triumphed in the over-30 pairs, while the trio of Agnete Jensen, Soeberg and Trine Banzon prevailed in the women’s over-17 team.

Among Finland’s three winners were Frans Salmi in the recognised poomsae men’s under-30 individual event and Christian Kamphuis in the freestyle poomsae men’s over-17 individual.

Another notable performance came in the men’s over-30 individual event as Othman Boularas marked Qatar’s debut at the Championships with a gold medal.

Taking centre stage on the final day of action tomorrow is due to be the technical breaking, freestyle dynamic kicks and breaking challenge competitions.

The event is being broadcast live on the Olympic Channel.