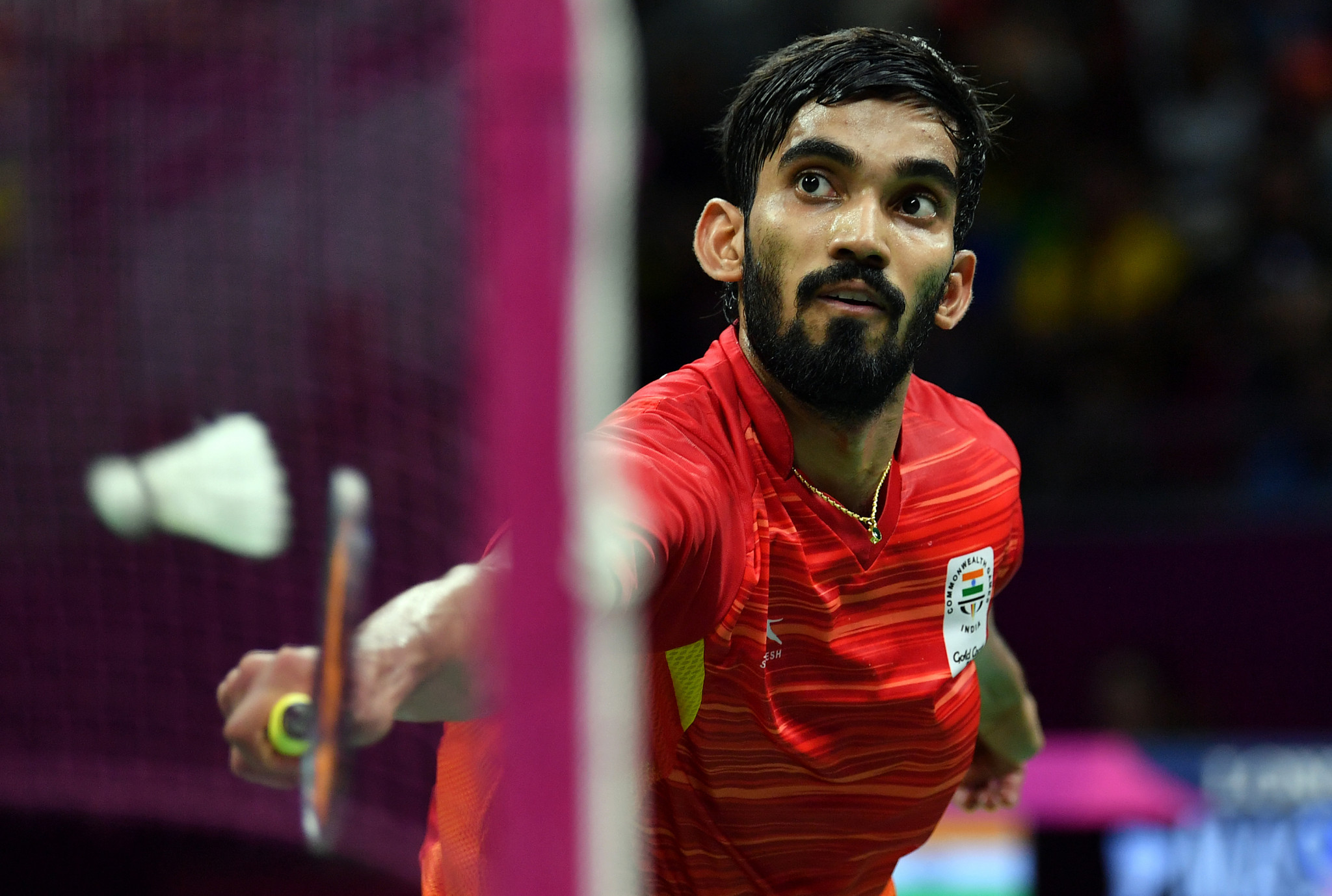 Top seeds Srikanth Kidambi of India and Tai Tzu Ying of Chinese Taipei progressed through to the quarter-finals of the respective men’s and women’s singles events as action continued today at the Badminton Asia Championships in Chinese city Wuhan.

Kidambi earned his place in the last eight after opponent Wong Wing Ki Vincent of Hong Kong retired when trailing 7-2 in the first game of their encounter at the Wuhan Sports Center Gymnasium.

It sets up a meeting with fifth seed Lee Chong Wei following the Malaysian’s 16-21, 21-9, 21-11 win over Indonesia’s Anthony Sinisuka Ginting.

Tai, meanwhile, booked her place in the quarter-finals thanks to a 21-16, 21-12 victory at the expense of South Korea’s Kim Hyo Min.

Standing between her and a semi-final berth is China’s He Bingjiao, who defeated Thailand’s Pornpawee Chochuwong 21-10, 21-12.

The most notable casualties in both the men’s and women’s singles draws were the fourth seeds.

Spain’s Carolina Marín, who the event’s venue is named after, is through to the quarter-finals of the women’s singles competition after the top seed beat Switzerland's Sabrina Jaquet 21-14, 21-7.

Next up for Marín is Denmark's Natalia Koch Rohde following her 21-11, 21-19 success at the expense of Spain's Sara Peñalver Pereira.

Turkey's Neslihan Yigit was the most notable casualty in the women's draw as Germany's Yvonne Li defeated the eighth seed 21-6, 21-7.

In the men’s singles, top seed Viktor Axelsen of Denmark overcame England's Sam Parsons 21-13, 21-9 to book his place in the quarter-finals.

Awaiting him in the last eight is compatriot Rasmus Gemke, who beat Russia's Vladimir Malkov 21-13, 21-18.

The only men's seed to suffer elimination today was sixth-ranked Mark Caljouw after the Dutchman lost 19-21, 18-21 to Denmark's Jan O Jorgensen.

Mexico’s women’s singles players impressed on the opening day of the Pan American Badminton Championships at the Teodoro Palacios Flores Arena in Guatemala.

Mariana Ugalde, Haramara Gaitan and Yaqueline Duarte all posted straight-games victories to enter the second round.

In the men’s singles, top seed Ygor Coelho of Brazil progressed to round three with a 21-9, 21-9 win over Guatemala’s Yeison Esleiter Del Cid Alvarez.

Second seed Kevin Cordon of Guatemala is also through to the third round having overcome Panama’s Kyle Alexander Munoz Seixas 21-7, 21-5.