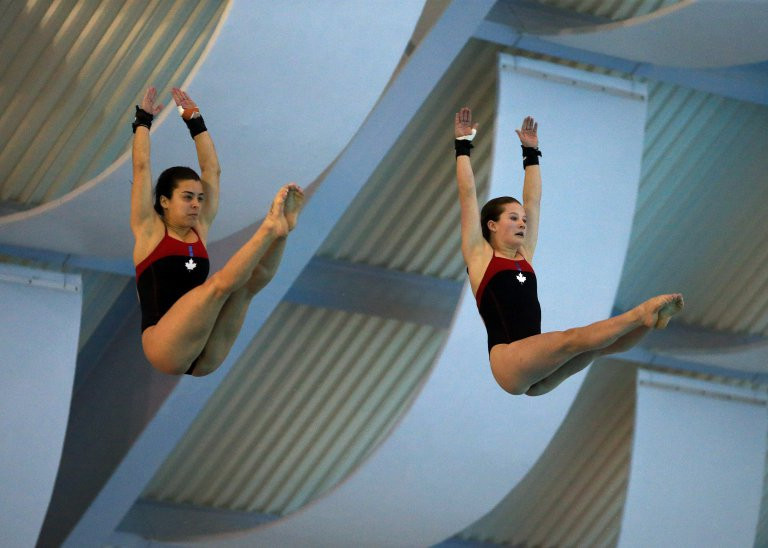 Divers will head to Montreal to compete in the third leg of the International Swimming Federation (FINA) Diving World Series this weekend.

The Canadian city will see athletes from 14 countries compete for medals and ranking points as they look ahead to the fourth and final stop of the World Series, which takes place in Kazan, Russia, in May.

China look like the nation most likely to top the medal table at the Montreal Olympic Pool, which hosted the diving competition at the 1976 Olympic Games, as they have won all 10 gold medals on offer in the World Series so far.

Their team captain Shi Tingmao, a double gold medallist at Rio 2016, will be the biggest name to look out for as she looks to keep up her excellent form from recent times, which has seen her win the women’s individual springboard events on the first two legs of the World Series.

Additionally, she won all four legs of last year’s FINA World Series in both the women’s 3 metre individual and 3 metre synchronised competitions.

The 26-year-old, however, clearly sets her standards higher and has referred to 2017 as the “first-ever low-ebb season in my diving career.

“I had no perfect competitions at all.”

Over in the men’s side, an opportunity has opened up for Gold Coast 2018 Commonwealth Games synchronised gold medalist Tom Daley from Great Britain as the current 10m points leader, Zhang Iaqi of China, is not competing.

Daley, who withdrew from the individual event in Gold Coast through injury, will face tough competition from France’s Benjamin Auffret, who currently sits third in the rankings.

The competition will begin tomorrow (April 27) and end on Sunday (April 29).