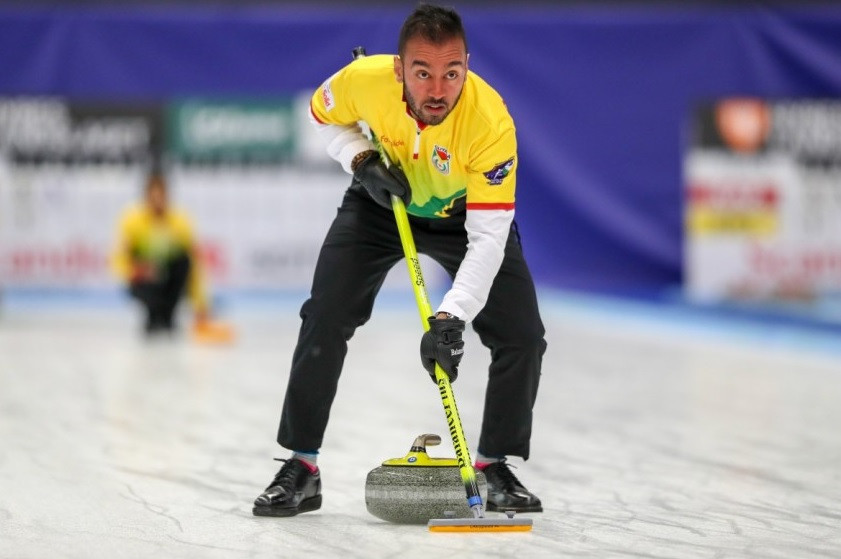 The South American country got off to a good start in the match and recorded a 1-0 victory in the first end.

Austria, however, seemed to restore normality with a 4-0 win in the second end.

From that moment on there were small margins of victory for both sides, which kept them within touching distance of each other.

That was until the sixth end when Guayana claimed an excellent 5-0 win, meaning Austria's 1-0 win in the seventh, and final, end was not enough to snatch victory as Guayana ran out 9-6 winners.

After his side's victory in the Swedish city, Rayad Husain said: "First win for us as a country!

"So after three losses and really bad games, it’s nice to get that monkey off our back and win."

Well done to Guyana 🇬🇾 on their first ever win at the #WMDCC2018 👏 #curling pic.twitter.com/VNjNd3MA14

Husain added: "It gives us the legitimacy that we’ve won at a World Championship.

"Many people were kind of skeptical of us from last year.

"Winning is good at a World Championship and against an established country like Austria I think that’s great!"

Guyana then took this momentum into the later session and beat Ireland 11-4.

Earlier on in the day, South Korea became the first team to qualify from the round-robin matches thanks to a comfortable 10-2 victory against Brazil.

Last year's silver medallists Canada also booked their place in the next round with a 9-3 win against the Czech Republic.

Defending champions Switzerland kept up their unbeaten record at this competition with a 15-0 thrashing of The Netherlands.

The competition is due to continue tomorrow with more round robin matches.