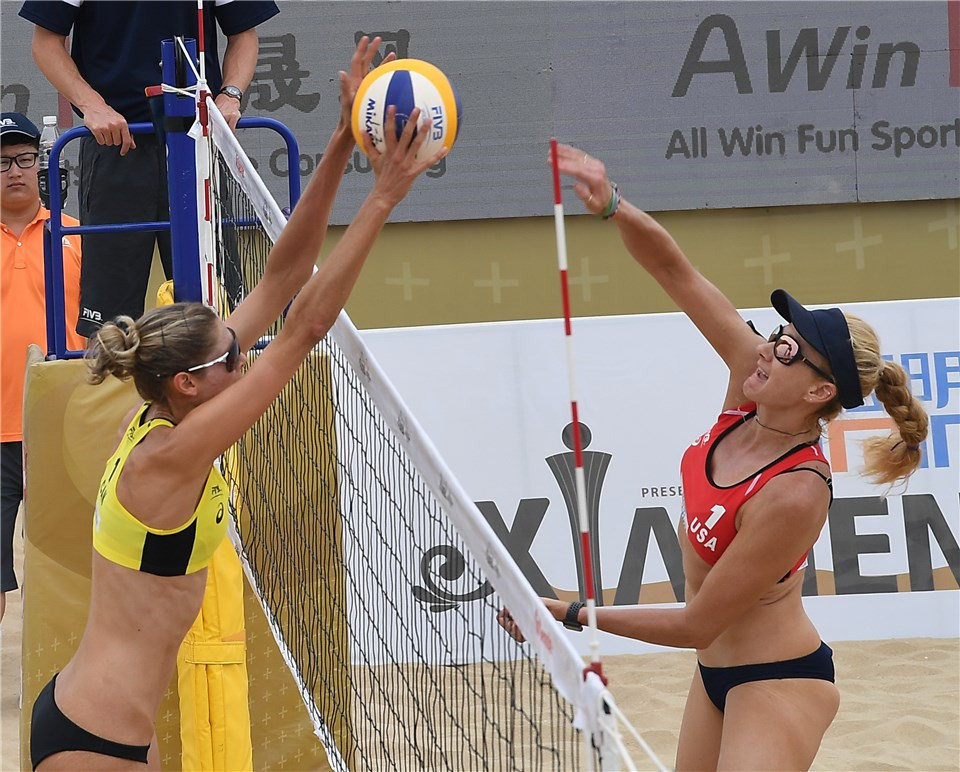 Canada’s top seeds Canada’s Sarah Pavan and Melissa Humana-Paredes finished top of Pool A on day three of the International Volleyball Federation (FIVB) Beach World Tour in Xiamen after a tough match against Kerri Walsh Jennings and Nicole Branagh of the United States.

April Ross and Alexandra Klineman of the US, winners of the year-opening 4-Star Dela Beach Open in The Hague, ended the day top of Pool D after beating Switzerland’s Nina Betschart and Tanja Hüberli 21-16, 21-13.

In the men’s draw top seeds Poland's Piotr Kantor and Batorsz Losiak and The Netherlands' Alexander Brouwer and Robert Meeuwsen both earned the wins to top Pools A and B respectively.

"It’s really nice to be back in China, we won the gold medal here two years ago, so we hope to repeat this," said Gavira.

"We’re in the second round now and we will fight for that, we are on the way,” said Gavira.

Adrian Heidrich and Mirco Gerson from Switzerland continue their success in Xiamen, earning another win to complete the day top of Pool C by winning against Canada’s Sam Pedlow and Sam Schachter 21-19, 21-11.

Xianmen is hosting the 13th men's and eighth women's event on the 2017-2018 FIVB calendar that started last September in France and is due to end this August in Germany for the World Tour Finals in Hamburg.