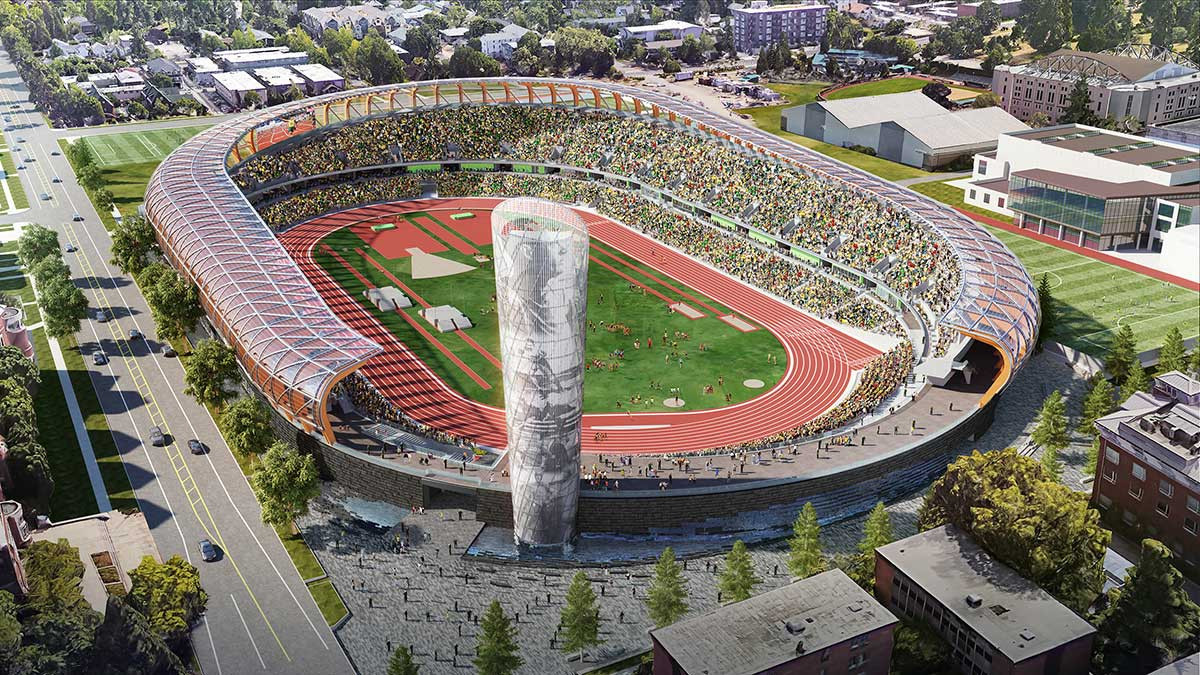 Plans have been unveiled by the University of Oregon for the new track and field stadium that will replace its historic Hayward Field in 2020 - in time to host the following year’s International Association of Athletics Federations (IAAF) World Championships.

The privately-financed facility, necessary to bring the stadium up to minimum specifications for the IAAF event, will seat 12,900 but will be expandable to accommodate 30,000 spectators.

When the project is finished, the stadium will look nothing like the current Hayward Field, which seats approximately 8,500, most in two grandstands on the east and west sides of the track.

"It's above and beyond all the expectations we could ever have had," said University of Oregon coach Robert Johnson.

"My goal is to see an enduring monument to the ideals of perseverance, innovation and achievement that my coach, mentor and business partner Bill Bowerman instilled in all his athletes," said Knight.

"We will honour Bill Hayward's and Bill Bowerman's legendary achievements by creating a magical venue that will remain the heart of the University of Oregon for generations to come."

The new stadium will feature a nine-lane track and a nine-storey tower in the northeast corner shaped like an Olympic torch and named after Bill Bowerman, the celebrated University of Oregon and US Olympic middle distance coach and co-founder of Nike.

The building will include interpretive displays about Bowerman's life and legacy, offices, a media work area and a rooftop observation deck.

It will also include laboratory and classroom facilities for the University's human physiology department.

The 2014 IAAF World Junior Championships were also held at the track, one of the most well-known in the sport.

It's expected that more than 2,000 athletes from 214 countries will take part in the next World Championships, awarded to Eugene in 2015.