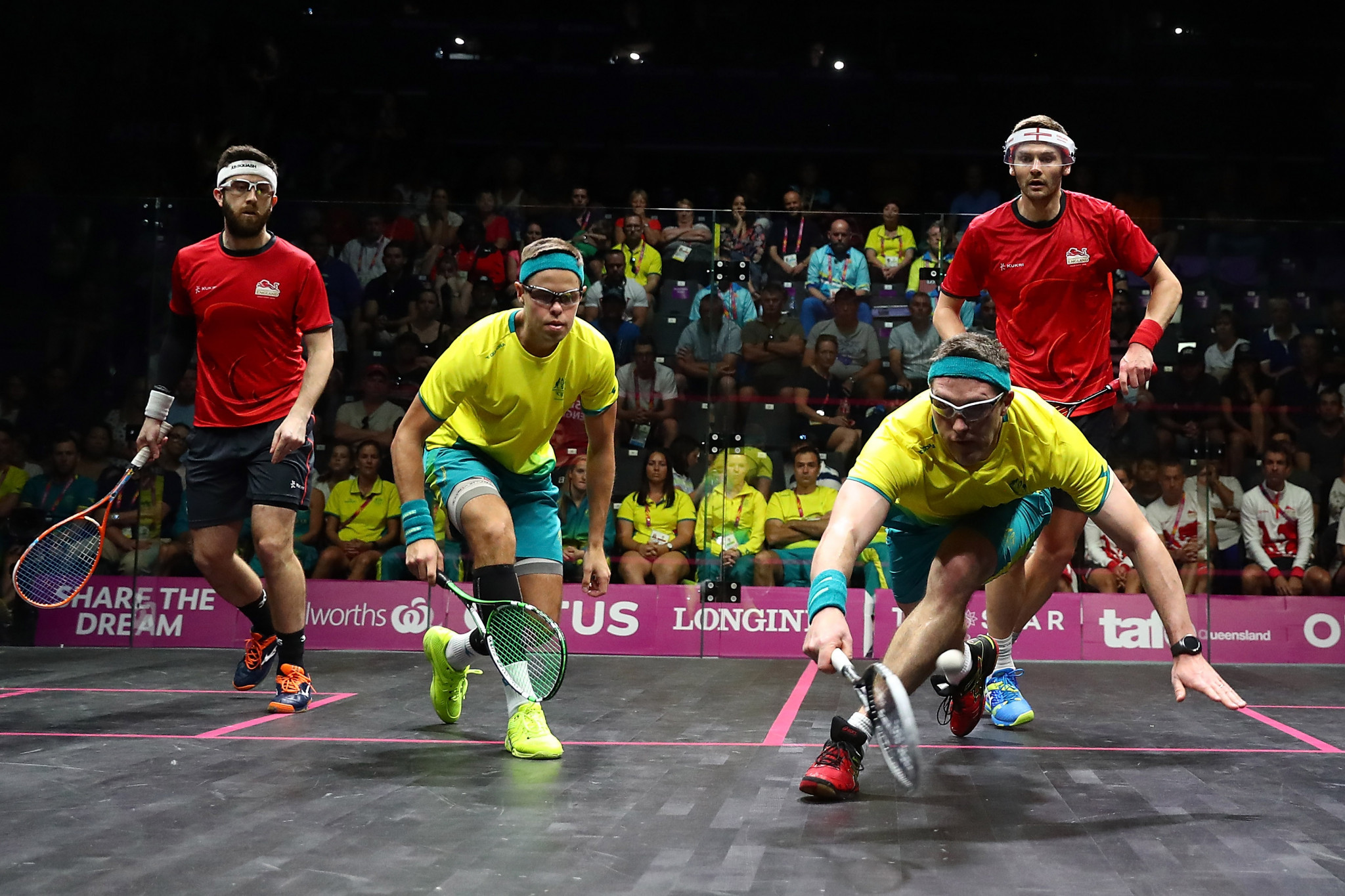 Both sides of the Tasman sea had cause to celebrate as New Zealand and Australia both took squash gold on the final day of the Gold Coast 2018 Commonwealth Games here.

For Australia’s David Palmer, the decision to come out of retirement for a second time aged 41 was totally vindicated as he partnered Zac Alexander to victory over England’s pairing of Daryl Selby and Adrian Warren in the men’s doubles.

They took the first game 11-9 after losing the first three points but needed to keep their composure when England levelled, convincingly taking the second 11-3 in only nine minutes.

In the third and deciding game, the Australians held on to close out victory by winning the third 11-6 in a match which lasted 57 minutes.

It was Palmer’s third Commonwealth Games gold and his ninth medal in total but he admitted: "I was just trying to hang in there.

‘’I am really happy I could pick up my game in the third, get on a roll and get the crowd behind us.

"There can’t be any better way for me to finish.’’

The bronze went to England’s Declan James and James Willstrop, who beat Alan Clyne and Greg Lobban of Scotland 11-9, 11-9.

New Zealand’s Joelle King and Amanda Landers-Murphy were a team in a hurry in the women’s doubles.

For King it was a second gold medal in an exhausting week as she also took the women’s singles title and for good measure bronze in mixed doubles.

‘’I am absolutely knackered," admitted King.

"We had a tough schedule no doubt about it.

"I definitely would not be here without my team picking me up all the time and getting me back on the horse."