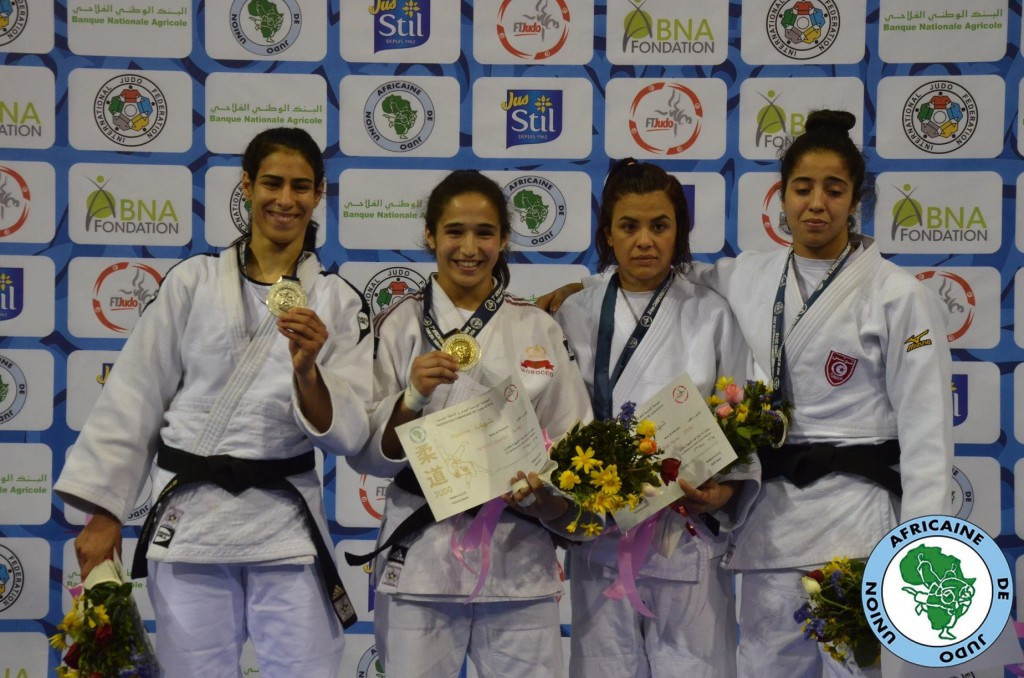 Morocco’s European Open silver medallist Soumiya Iraoui won the first senior gold of her career in one of the four finals at the African Judo Championships in Tunis.

The 22-year-old African junior champion of 2015 beat Lamiaa Alzenan of Egypt  in the women’s under 57kg final at the Palais des Sports d'El Menzah.

In the men’s under 66kg, Egypt’s Mohamed Abdelmawgoud earned gold by defeating compatriot Ahmed Abelrahman in the final, with bronzes going to Imad Bassou of Morocco and Algeria’s Houd Zourdani.

won the African title for the third time with a fine display at under 81kg, beating Morocco’s Achraf Moutii.