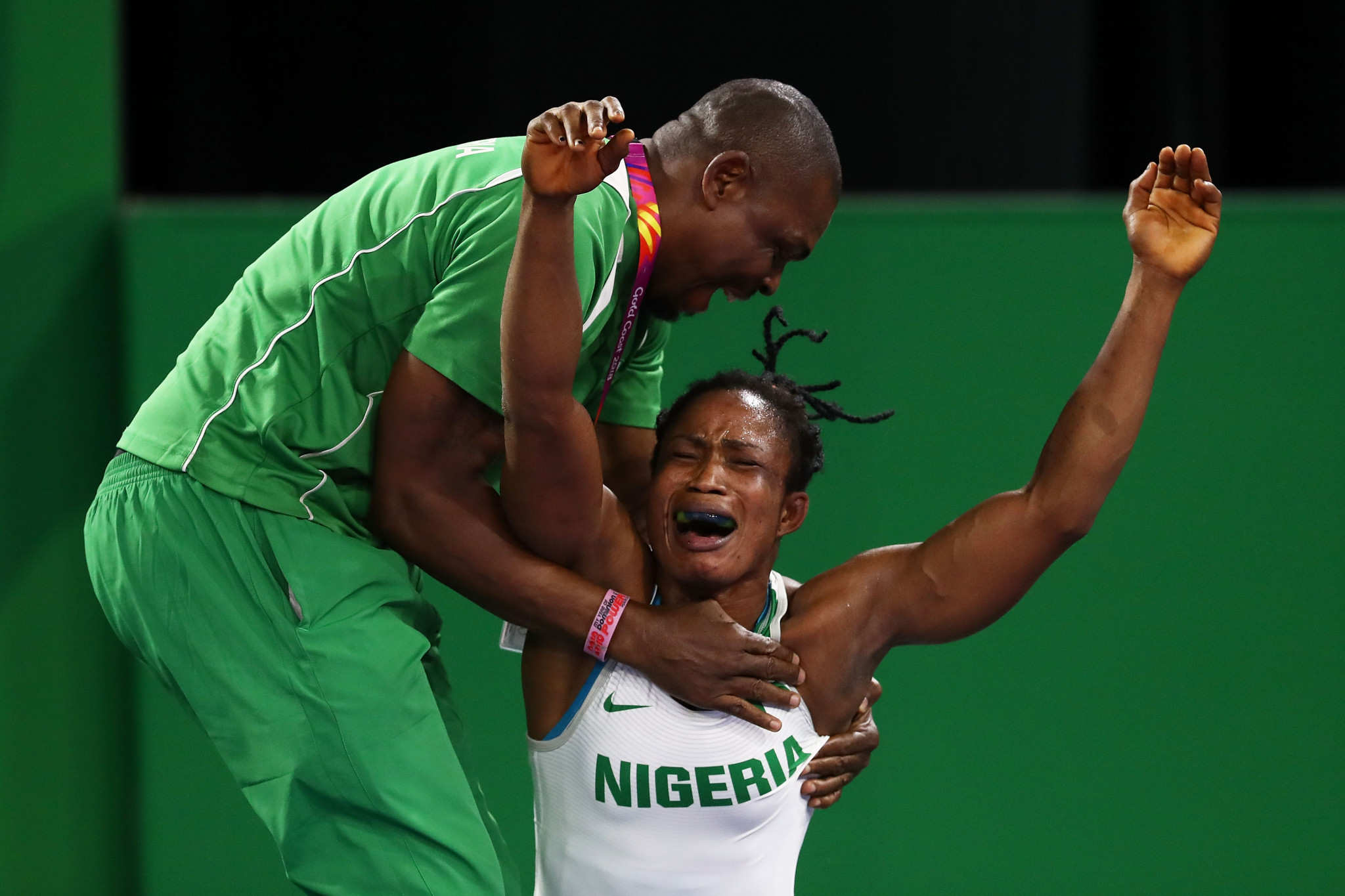 Adekuoroye was the first to secure a gold medal after beating India’s Pooja Dhanda 7-5 in the 57 kilograms final.

She becomes the first Nigerian wrestler to win two Commonwealth Games gold medals having also triumphed in the 53kg event at Glasgow 2014.

Trailing 6-1 after the first period, Dhanda made a late push for victory in the second but ultimately had to settle for silver.

"My coach encouraged me before the match to really believe in myself and love what I do," Adekuoroye, a two-time world medallist, said.

"I made a mistake in the second round, but recovered quickly.

"To celebrate I'm going to sing to God.

"I still want to be world champion and take that belt."

Oborududu’s triumph in the 68kg category was sealed after she came from behind to beat Canada’s Danielle Lappage, the 63kg gold medallist at Glasgow 2014.

With just 13 seconds left on the clock, Oborududu scored two points to move into a 4-3 lead before seeing out the contest.

"I was under pressure," she said.

"I knew in the last three minutes I had to open up and go in.

"I was still confident and not feeling the tension that I was losing.

"I was confident I could win the gold medal."

By reaching the final, Charig became the first Welshman to wrestle for a Commonwealth Games gold medal.

Nigeria’s Amas Daniel joined him in winning a bronze after claiming a last-second victory over Canada’s Vincent De Marinis.

Erasmus becomes the first South African to win men’s wrestling gold at the quadrennial showpiece since Ian Epton won the flyweight event at the 1958 British Empire and Commonwealth Games in Cardiff.

Wrestling action at Gold Coast 2018 is due to conclude tomorrow with the men’s freestyle 86kg and 125kg events and women’s freestyle 50kg and 62kg competitions taking centre stage.