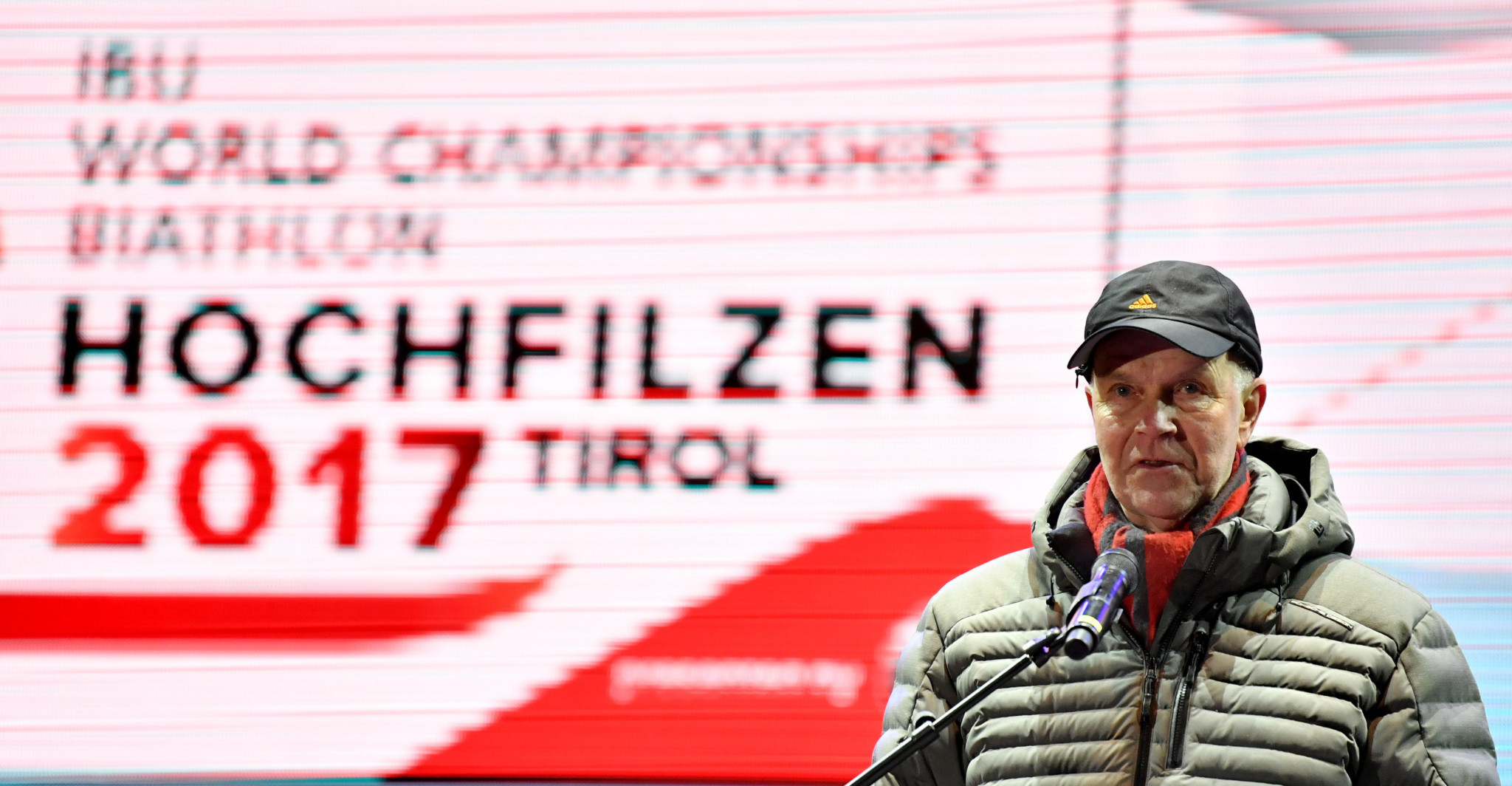 Anders Besseberg has officially stood-down as President of the International Biathlon Union (IBU) pending the outcome of an investigation which the Austrian police have confirmed surrounds possible doping, fraud and corruption involving Russian athletes.

Austria's Klaus Leistner, a vice-president responsible for finance, has taken over the operational running of the world governing body.

He takes over after the 1st vice-president Viktor Maygurov, a Russian, waived his statutory right to replace Besseberg.

The IBU headquarters in Salzburg was searched by Federal Criminal Police on Tuesday (April 10) in a probe focusing specifically on Besseberg and secretary general Nicole Resch.

It followed a tip-off by the World Anti-Doping Agency (WADA), who were investigating information provided by whistleblowers, including ex-Moscow Laboratory director Grigory Rodchenkov.

Austrian prosecutors have revealed in a statement that the alleged wrongdoing covered a period from 2012 until the 2017 World Championships in the Austrian resort of Hochfilzen.

It is not clear if the 2017 reference refers to cases themselves or that athletes implicated earlier being allowed to compete there - thus giving Austrian authorities jurisdiction for an investigation.

Police also revealed they are treating €35,000 (£19,000/$27,000) earned in prize money as fraudulent earnings, if it was awarded to athletes implicated in doping cases who should not have been cleared to compete.

They also note that 17 out of 22 Russians who competed last season during the World Cup and IBU Cup also have proven cases of doping.

WADA revealed they shared information with Austrian and Norwegian law enforcement, as well as INTERPOL.

Besseberg's departure today's follows the announcement yesterday that Resch will take a "leave of absence" and be replaced by the organisation's current executive director Martin Kuchenmeiser.

Leistner has been in his IBU position since 2006 and also serves as secretary general of the Austrian Ski Federation.

Maygurov told R-Sport that it was not appropriate for him to take over as Russia was subject of the investigation.

A statement added that the IBU is "taking the matter extremely seriously and continues to be committed to operating under the highest standards of good governance and transparency".

"I do not understand what's going on.

"Rodchenkov wants to draw attention to his person.

"Did I receive money from Russia to 'support their interests'?

"What worries me most is that the current situation affects the reputation of biathlon."

The allegations are similar to those in athletics surrounding a cartel of officials close to former International Associations of Athletics Federations (IAAF) President Lamine Diack.

Payments totalling £435,000 ($611,000/€490,000) from Russian marathon runner Liliya Shobukhova ultimately led to Papa Massata Diack, the son of Lamine, and Russians Valentin Balakhnichev, the treasurer of the IAAF and President of the All-Russia Athletic Federation, and Alexei Melnikov, a coach, being banned for life from athletics.

The punishment was imposed by the IAAF Ethics Commission which concluded senior figures within the sport had been "guilty of blackmail" and covering up failed tests since 2011.