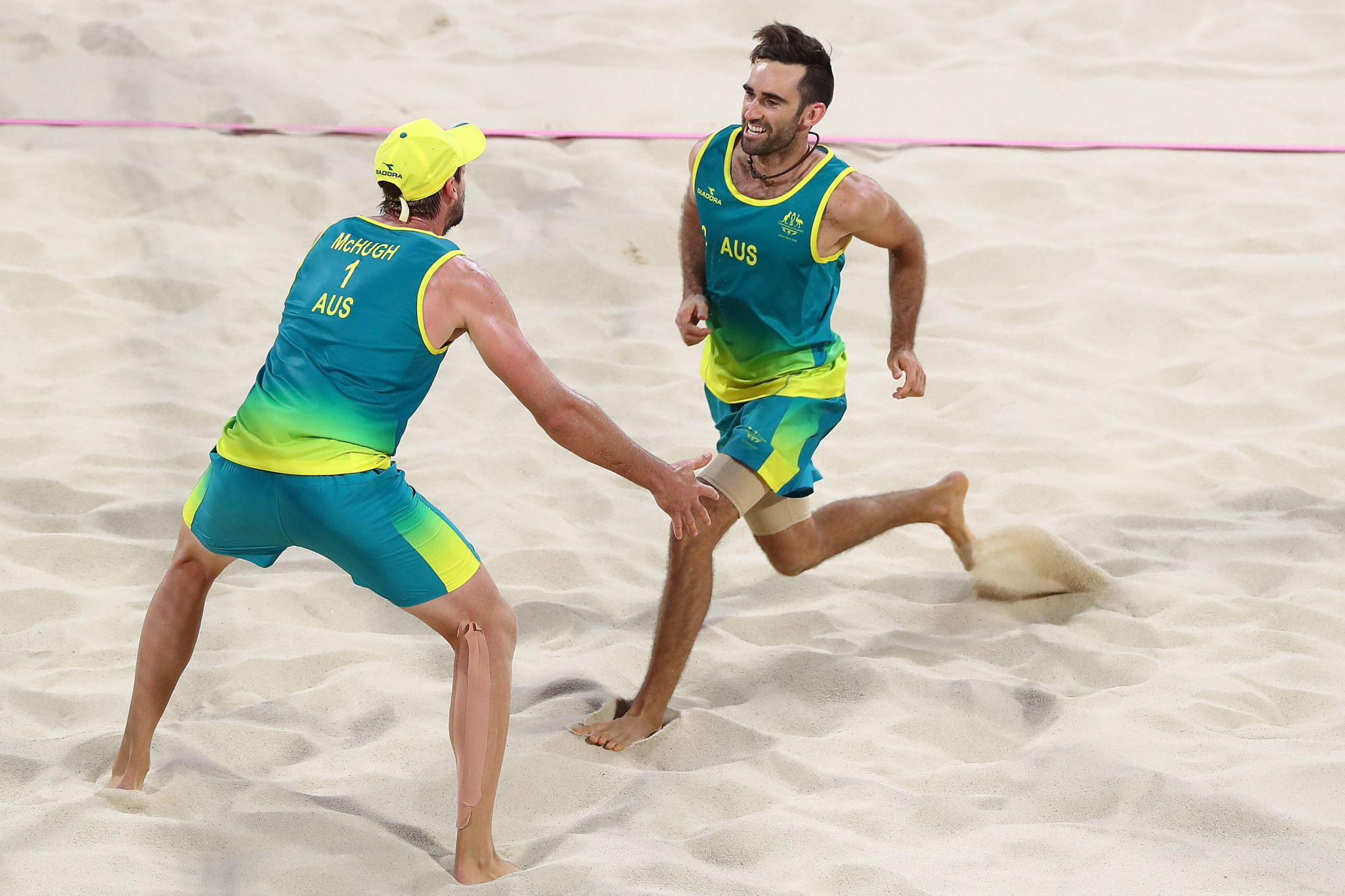 McHugh and Schumann battled to a tense 21-19, 18-21, 18-16 victory over Canada's Sam Pedlow and Sam Schachter in the first gold medal match to ever be held in the sport at the Commonwealth Games.

Pavan and Humana-Paredes kept their composure in a match played in front of a partisan home crowd with a straight-sets 21-19, 22-20 triumph against Mariafe Artacho Del Solar and Taliqua Clancy.

It was only the Pacific nation's second podium finish in the history of the Games, adding to Para javelin thrower Friana Kwevira's bronze medal earlier this week.

New Zealand's Ben and Sam O'Dea took bronze in the men's event with a 21-13, 21-15 demolition of England's Chris Gregory and Jake Sheaf.

The Australian pairing had been the dominant force in the men's tournament, not dropping a set heading into today's final.

They remained on course to go through the entire competition with a perfect record when they claimed the opening set.

An error-strewn second set allowed their Canadian opponents a way back into the match, however, and Pedlow and Schachter took full advantage to level the encounter and send it to a nervy decider.

The Canadian team seized the advantage in the third set, moving into a 12-9 lead before Australia gradually fought their way back into contention.

Spurred on by the boisterous and energetic atmosphere inside the venue - 90 per cent of which were fully behind them - McHugh and Schumann completed a tense win when Pedlow's final attack slammed into the net.

"It's a really pinching yourself sort of moment to have a home crowd and win gold the first time volleyball has ever been at the Commonwealth Games," said McHugh.

"If you didn't have goosebumps in the stadium during that match you probably weren't alive."

Del Solar and Clancy came into the match hoping to follow in the footsteps of their team-mates.

Humana-Paredes and Pavan started the better of the two sides, enjoying a three-point run early on to signal their intentions for the gold medal match.

The Australian pair refused to let them get away, however, and managed to peg them back right the way through to the end of the set.

The Canadian team sensed an opportunity and they took it, scoring two consecutive points to clinch the opener.

A familiar pattern followed in the second as Australia kept themselves in it and even briefly held the lead at 15-13.

But Humana-Paredes and Pavan demonstrated their mental strength by winning crucial points at crucial times.

On match point, the two teams produced one of the rallies of the match, coming to end when Pavan's delicate touch hit the sand to secure the gold medal for Canada.