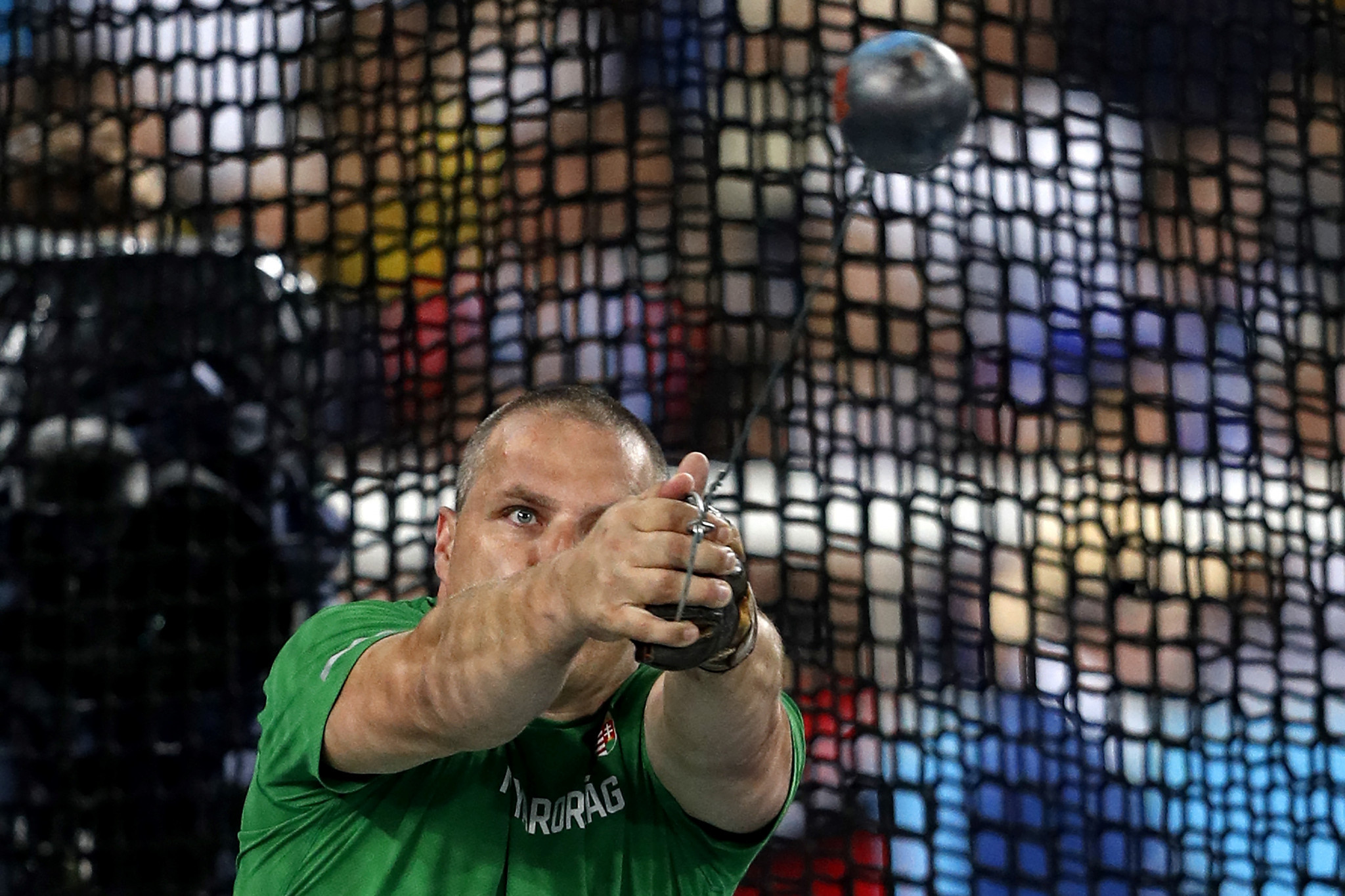 Hungary's Olympic champion hammer thrower Krisztián Pars has been banned until June 2019 because of a doping violation, it has been announced.

The Hungarian Athletics Federation (MASZ) have revealed that the London 2012 gold medalist tested positive following analysis of a sample taken on January 13 in his hope city of Szombathely.

He failed for what was adjudged to be a "non-performance-enhancing" substance - meaning that he received a reduced punishment.

The actual identity of this substance has not been announced, however, although it was claimed it is only forbidden during competition periods.

Pars said in a statement posted on the governing body website that he is "indescribably ashamed" about the incident.

He blamed it on a "a bad decision made during a very difficult time in my career and life".

"I have to apologise to my family, my coach and everyone who has been with me over the years," he added.

"As an athlete under the forced rest of one-and-a-half years of waiting for me, I feel like I'm obliged to clear this gap and show me what I'm still capable of.

"I want to do all this by avoiding publicity, I ask the media representatives to do this to me,"

He also won silver medals at the International Association of Athletics Federations at World Championships in Daegu in 2011 and Moscow in 2013.

Pars also secured European Championships titles in Helsinki in 2012 and then in Zürich in 2014.

He finished seventh at  Rio 2016 and 14th in qualifying at last year's IAAF World Championships in London.

There currently appears no chance of any of these medals being stripped.

"It's a sad day for Hungarian athletics, but I believe Krisztián Pars has already learned from his mistake, and during the period before, he will prove again how much his willpower and the ability to fight," added MASZ secretary general Márton Gyulai.

"The alliance trusts that Krisztián's case will be an example for all Hungarian athletes, learning that the biggest champions can make a mistake."