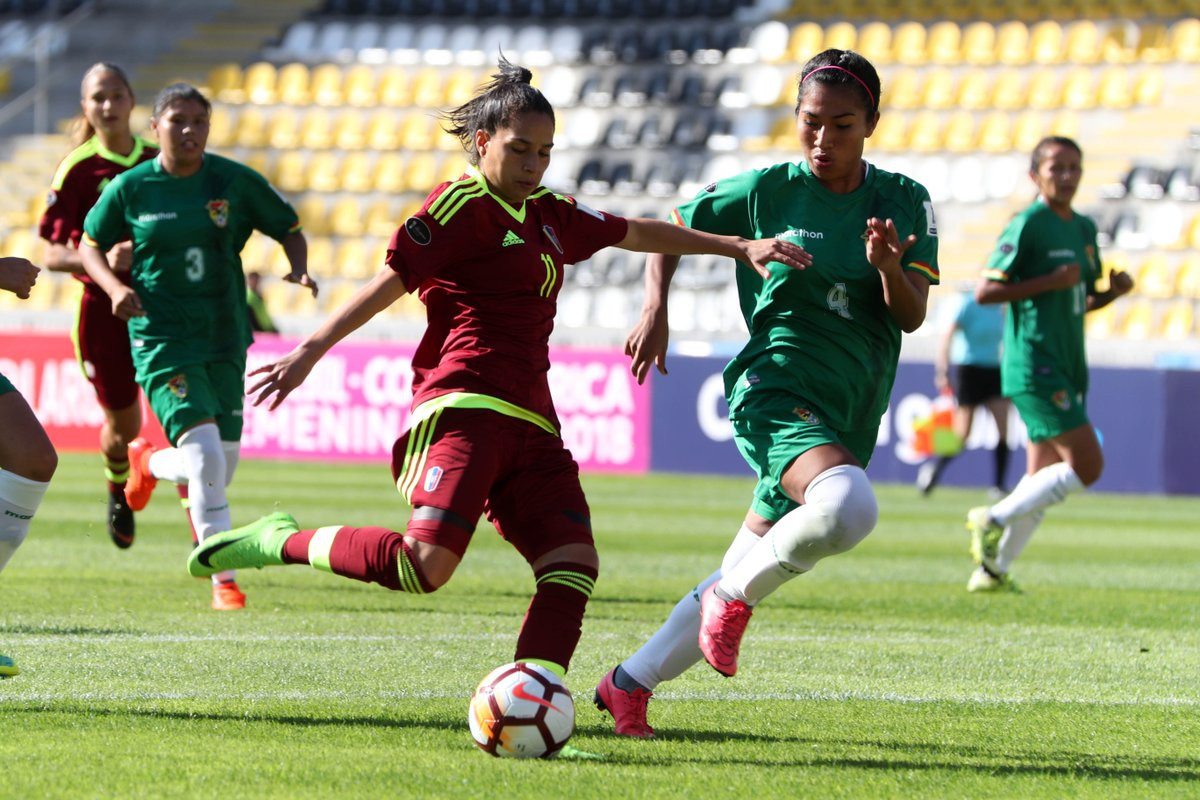 Venezuela continued their 100 per cent start to the Copa América Femenina as they thrashed Bolivia 8-0 at the tournament in Chile.

Deyna Castellanos was the star of the show for Venezuela as she scored four goals at the Estadio Municipal Francisco Sánchez Rumoroso in Coquimbo.

Ysaura Viso chipped in with a hat-trick, while Oriana Altuve also got on the scoresheet in a rampant performance from the Venezuelan side.

The result handed Venezuela a second straight win and they sit second in Group B on goal difference, with defending champions Brazil currently occupying top spot.

The other match played in the group today was also a high-scoring affair as Argentina won a nine-goal thriller against Ecuador at the same venue.

Argentina, who were hoping to bounce back after they were beaten by arch-rivals Brazil in their opening game, were 3-0 up inside 10 minutes.

Ecuador reduced the deficit to one goal but Argentina scored twice more before half-time to lead 5-2 at the break.

Suany Fajardo gave Ecuador a glimmer of hope 14 minutes from time before Florencia Bonsegundo added a sixth late on to complete a thrilling win.

Argentina are third in the group behind Venezuela and Brazil.

The tournament continues tomorrow as Colombia face Peru and Chile take on Uruguay in Group A.