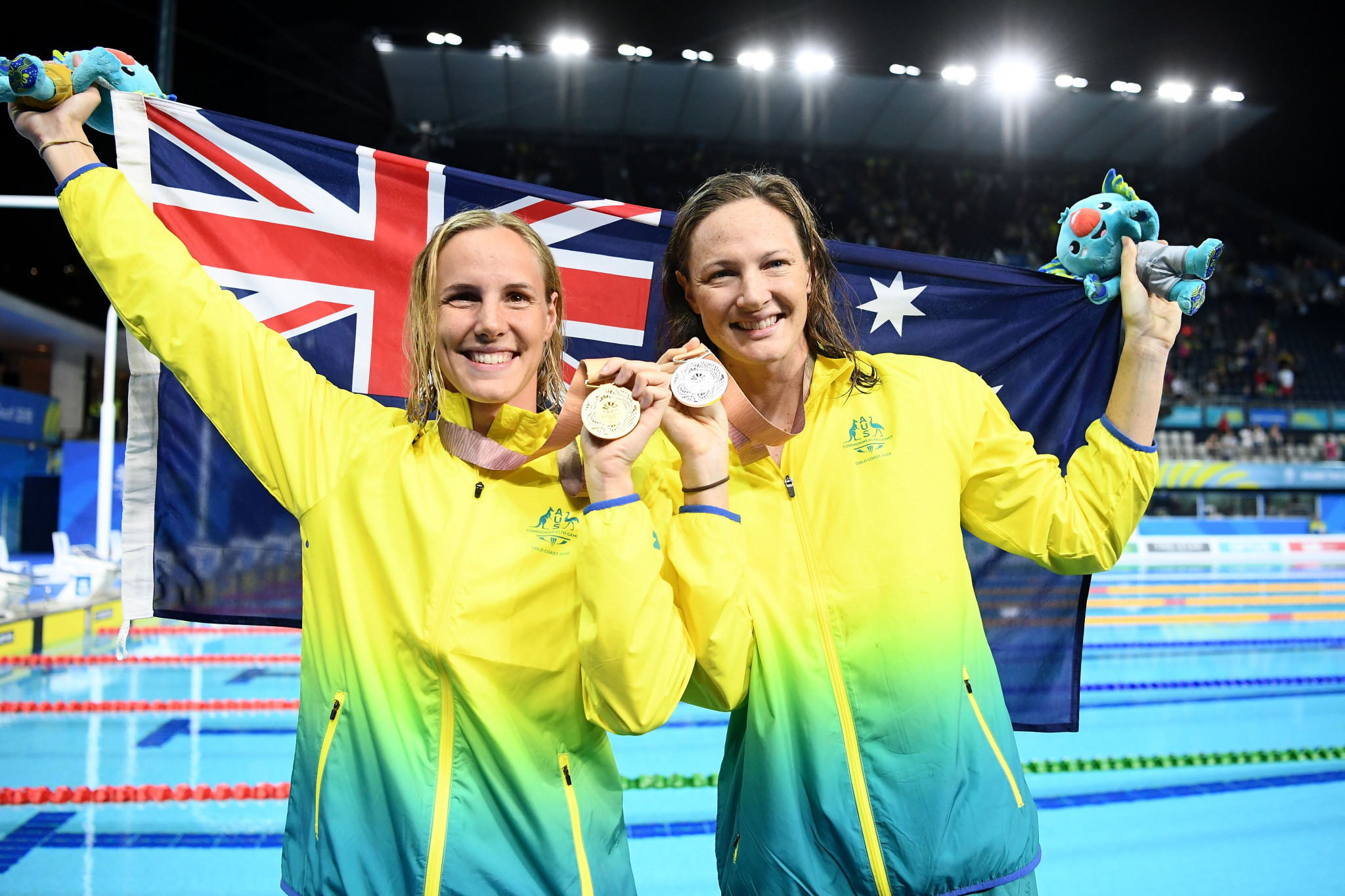 Campbell emerged victorious from the family affair in one of the blue riband events on the women's programme in a Commonwealth Games record 52.27sec, breaking a mark previously held by her formidable sister.

Van der Burgh has often found himself playing second fiddle to Peaty, much in the same way Bronte has to Cate, but found a way to beat the Englishman tonight in a time of 26.58.

Familiar demons returned for Cate Campbell as she led going into the final stages.

The 25-year-old faded from first to sixth in the corresponding event at the 2016 Olympic Games in Rio de Janeiro, prompting her to take a lengthy break from the sport.

She has returned with a vengeance at these Games, winning three golds coming into the penultimate day, but was beaten by the better swimmer on the night.

Bronte produced a magnificent finish, fighting back from third at the split to secure the title and avenge the defeat she suffered to Cate in the 50m freestyle.

Cate was forced to settle for silver, while bronze went to rising Canadian star Taylor Ruck, handing her a seventh medal from her seven races.

The two Campbell sisters then joined together on the top step of the podium to belt out the Australian national anthem.

Van der Burgh got off to a rapid start and was able to hold off the challenge of Peaty, the reigning world and European champion in the 50m, all the way to the wall.

Schoenmaker, considered an emerging talent and hot prospect for the future, then made it back-to-back golds for South Africa when she clinched victory in the women's 200m breaststroke.

More glory was to come for the African nation as Le Clos defended his 100m butterfly crown to seal yet another major international medal.

The Games record fell by the wayside as the four-time Olympic medallist touched the wall in 50.65.

Bronte Campbell was not the only athlete to spring a surprise tonight as Wales' Alys Thomas announced her arrival on the global stage in style, winning the women's 200m butterfly in a Games record of 2:05.45.

The 27-year-old, who only began competing at this level at last year's World Championships in Budapest, claimed her country's first swimming crown of the Games.

The session had started in commanding fashion for the host nation, who enjoyed clean sweeps in the opening two events of the night.

Ariarne Titmus was even more dominant in the women's 800m freestyle, cementing her status as a star of the future by obliterating the rest of the field before stopping the clock at 8:20.02.

The 17-year-old grew in stature as the race went on and proved far too strong for Jessica Ashwood, who took silver over seven seconds behind her team-mate.

Kiah Melverton completed the Australian monopoly of the event by claiming bronze.

Paige Leonhardt and Madeleine Scott of Australia finished with the minor medals.