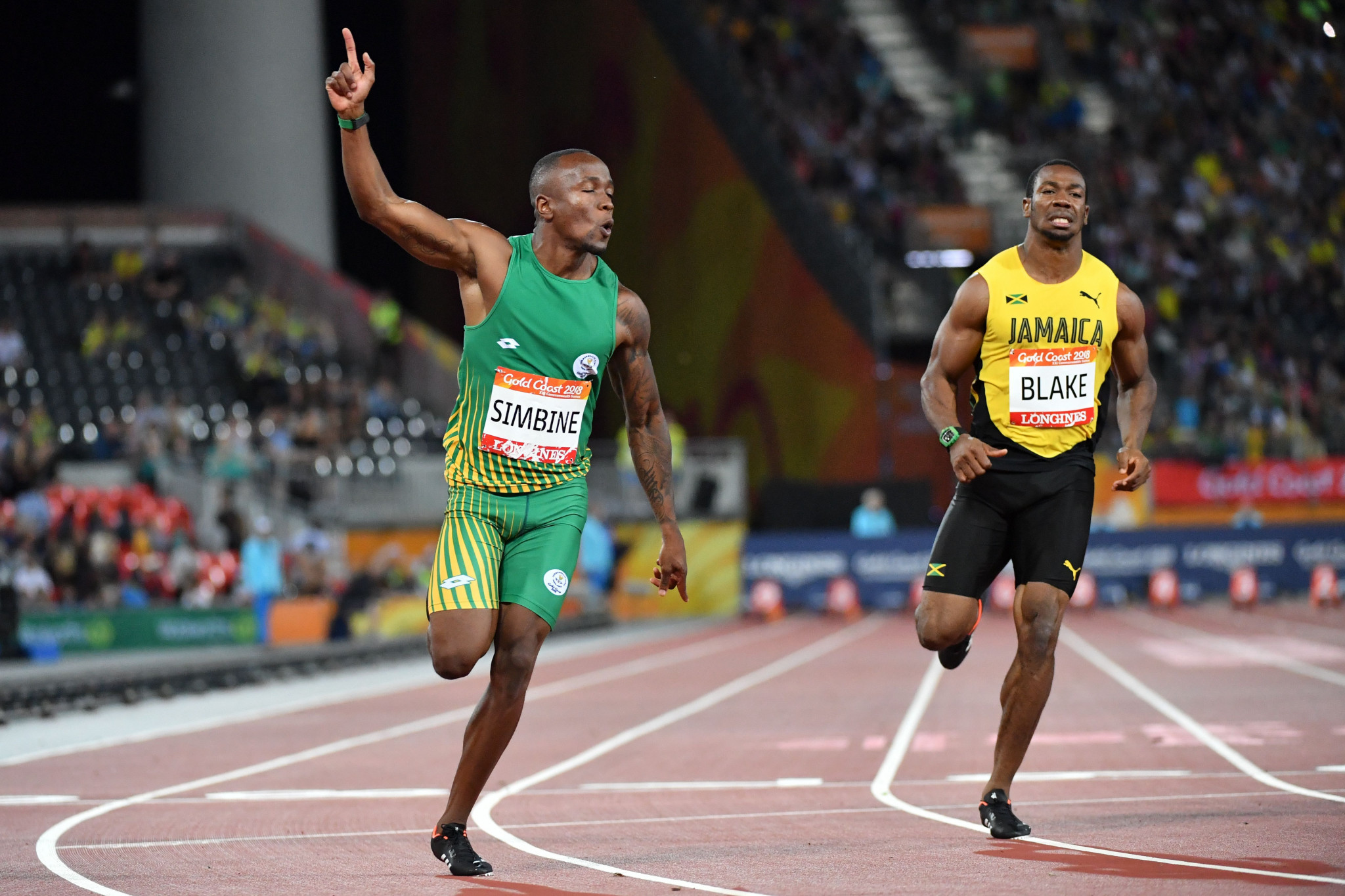 Blake - the 2011 World Championship 100m winner whose personal best of 9.69sec remains the second fastest in history behind former training partner Usain Bolt - had been heavily favoured but never recovered from a terrible start.

He stumbled out of the blocks and at one stage appeared in danger of falling over as his rivals cruised ahead.

Blake did manage a partial recovery for the  bronze medal in 10.19.

Michelle-Lee Ahye had earlier become the first woman from Trinidad and Tobago to ever win Commonwealth Games gold after dominating the women's 100m.

Ahye had always appeared the favourite after impressing through the rounds and was the only entrant to reach the final of last year's World Championships in London, where she placed sixth.

She started well and pressed home her advantage today to win in 11.14 before carrying on sprinting in celebration around the bend.

Jamaica took the other medals courtesy of Christiana Williams, second in 11.21m, and Gayon Evans, third in 11.22.

It marked Trinidad and Tobago's first gold in any event since Ato Boldon won the 100m at Kuala Lumpur 1998 and only their ninth ever.

Uganda's distance running success continued as Stella Chesang followed in the footsteps of Joshua Cheptegei over 5,000m yesterday by winning the women's 10,000m.

Stacy Ndiwa of Kenya managed a personal best of 31:46.36 to take silver, while Uganda also clinched bronze courtesy of Mercyline Chelangat in 31:48.31.

Tomas Walsh did not match his Games record 22.45 metres in qualifying but was still a comfortable winner in the men's shot put final.

The world indoor and outdoor champion from New Zealand won with a best of 21.41m.

Chukwuebula Enekwechi of Nigeria produced a huge personal best of 21.14m to take the silver medal.

Perhaps the most dramatic twist of the night came early-on in the women's T46 javelin final.

New Zealand's Holly Robinson was beaten by Wales' Hollie Arnold at Rio 2016 but set a world record here of 43.32m.

Arnold, though, responded in style in the very last round with a world record of her own, 44.43m, to snatch the gold medal.

Vanuatu secured their first ever Commonwealth Games medal with a bronze for Friana Kwevira with 24.54m.

There were also home celebrations when Australian Evan O'Hanlon of Australia dominated the T38 100m to win in 11.09.

Du Toit's time was a world record for his T37 category.

Canada's defending champion Damian Warner leads the decathlon with a total of 4,509 points at halfway.