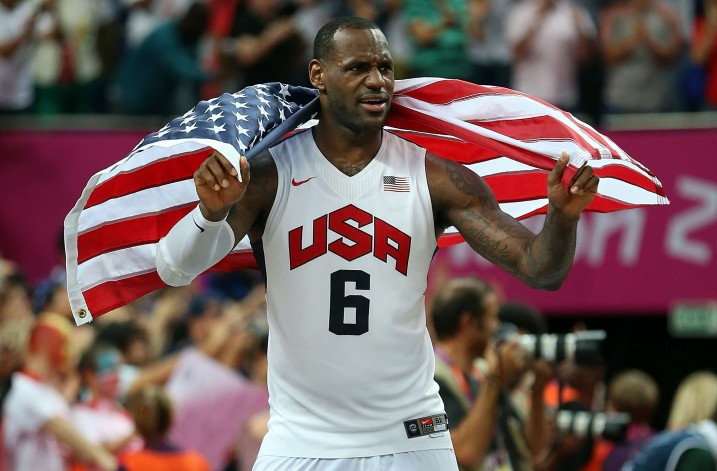 LeBron James could play at a fourth Olympic Games at Tokyo 2020 after being named in USA Basketball's 35-man national team squad for 2018-2020.

The star-filled line-up includes 17 Olympic gold medallists and 29 players who have made the American team pool in the past.

It is expected that the official 12-man squads for both Tokyo 2020 and the 2019 World Cup in China will be selected from the group should the United States, as is widely expected, qualify for both events.

All of those picked will now attend a national team mini-camp in Las Vegas between July 25 and 27.

The 33-year-old Cleveland Cavaliers small forward has won the National Basketball Association (NBA) title three times and is one of the sport's biggest names.

Other NBA stars selected include Kevin Durant and Chris Paul who will hope to play in their third Olympic Games.

Twenty NBA teams are represented in all.

"While we do not have an official competition that we need to prepare for in 2018, the selection and announcement of our new pool of national team members and this year's July mini-camp are important first steps in our preparations to defend the World Cup and Olympic titles we won during the last two quadrenniums," said national team managing director Jerry Colangelo.

"This year's mini-camp is an opportunity for us to continue and expand the culture, brotherhood and camaraderie that has been built.

"As is shown by the return of 29 past national team players, our pipeline is well developed and it is a key factor in our success.

"We're also excited about the new players who have been added to the programme and the roster will remain fluid over the next three years as we continue to look for and consider players who can contribute to our programme."

The team will be managed by head coach Gregg Popovich, with the full-squad available here.