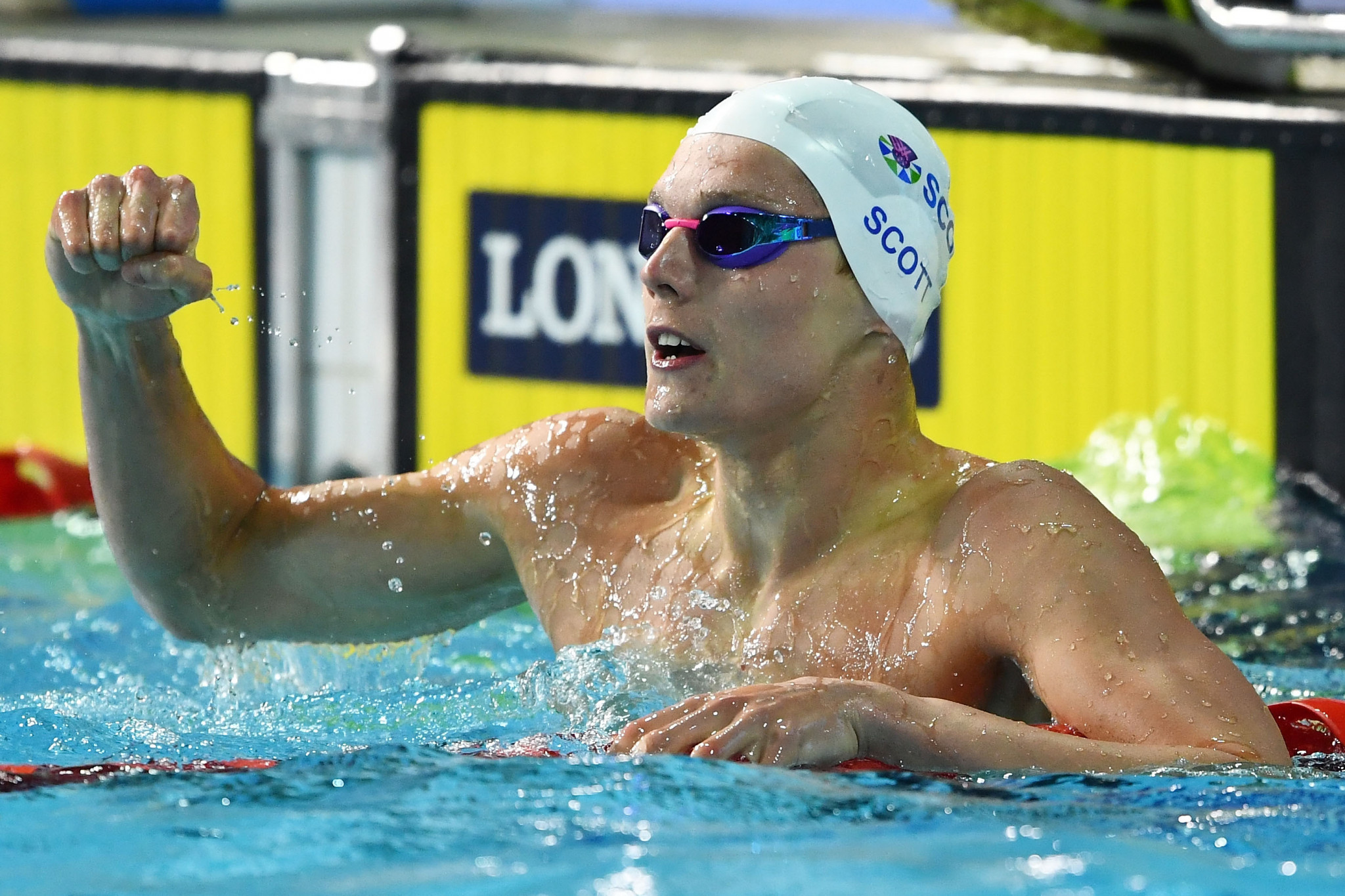 The 20-year-old timed his surge for the wall to perfection as he sealed the Commonwealth Games title here in one of the programme's blue riband races in 48.02sec.

The race was billed as a showdown between Rio 2016 Olympic gold medallist Chalmers of Australia, team-mate Cameron McEvoy and Le Clos.

But Scott, a relay specialist, was having none of it as he claimed the greatest victory of his career to cement his status as a superstar of the future.

Le Clos, who yesterday became the first man to win three successive Commonwealth Games gold medals in the same event when he triumphed in the 200m butterfly, and Chalmers both took silver as they touched in an identical time of 48.15.

McEvoy, the fastest qualifier, finished outside of the medals as he was fourth.

"The main thing there was to execute my own race.

"The boys out there were totally different.

"I think there were eight different race plans going on."

Australian hopes had already been extinguished before Chalmers and McEvoy succumbed to Scott as Kylie Masse led a Canadian one-two in the women's 200m backstroke.

Masse followed up her 100m victory by reigning supreme over double the distance in a Games record time of 2:05.98, beating emerging star Taylor Ruck by 0.44.

Reigning world champion Emily Seebohm came into the event as the favourite but was unable to deliver in front of her home crowd as she settled for bronze in 2:06.82.

Following a difficult start to the evening after both Chalmers and Seebohm failed to live up to expectations, the Australian team hit back with a vengeance and claimed five of the remaining six gold medals on offer.

The host nation enjoyed consecutive podium sweeps in both the men's 50m backstroke and women's 50m butterfly as the squad demonstrated their sprinting prowess in ruthless fashion.

Mitch Larkin, the 2015 world champion over 100m, won the men's event in 24.68 as he ousted compatriots Benjamin Treffers and Zac Inerti, silver and bronze medallists respectively.

Cate Campbell, dubbed the comeback queen in Australia after she recovered from a disappointing campaign at Rio 2016, then took her first major butterfly gold by finishing the 50m dash in 25.59.

Holly Barratt was narrowly adrift in silver as she touched the wall in 25.67, while Madeline Groves was third in 25.69.

The result saw Campbell complete a golden hat-trick at the Games as she won the 50m freestyle and was part of the victorious 4x100m squad.

A success-laden night for the Australians, played out amid a backdrop of noise and colour from the packed stands, was capped off by the hosts' commanding 4x200m freestyle relay victory.

The team of Alexander Graham, Chalmers, Elijah Winnington and Mack Horton blew the rest of the field out of the water as they cruised to the Commonwealth Games crown in a Games record of 7:05.97.

Australia also dominated the two Para-races on the schedule tonight.

Jesse Aungles took full advantage of the absence of Paralympic champion and world record holder Ollie Hynd, the Briton who withdrew from the English team after he was reclassified, to claim the men's SM8 200m individual medley crown.

England's Siobhan Marie O'Connor had briefly brought the Australian juggernaut to a halt when she easily defended her 200m individual medley crown in 2:09.80.

There were no Australian swimmers on the podium alongside the Olympic silver medallist as silver and bronze went to Sarah Darcel and Erika Seltenreich-Hodgson of Canada respectively.