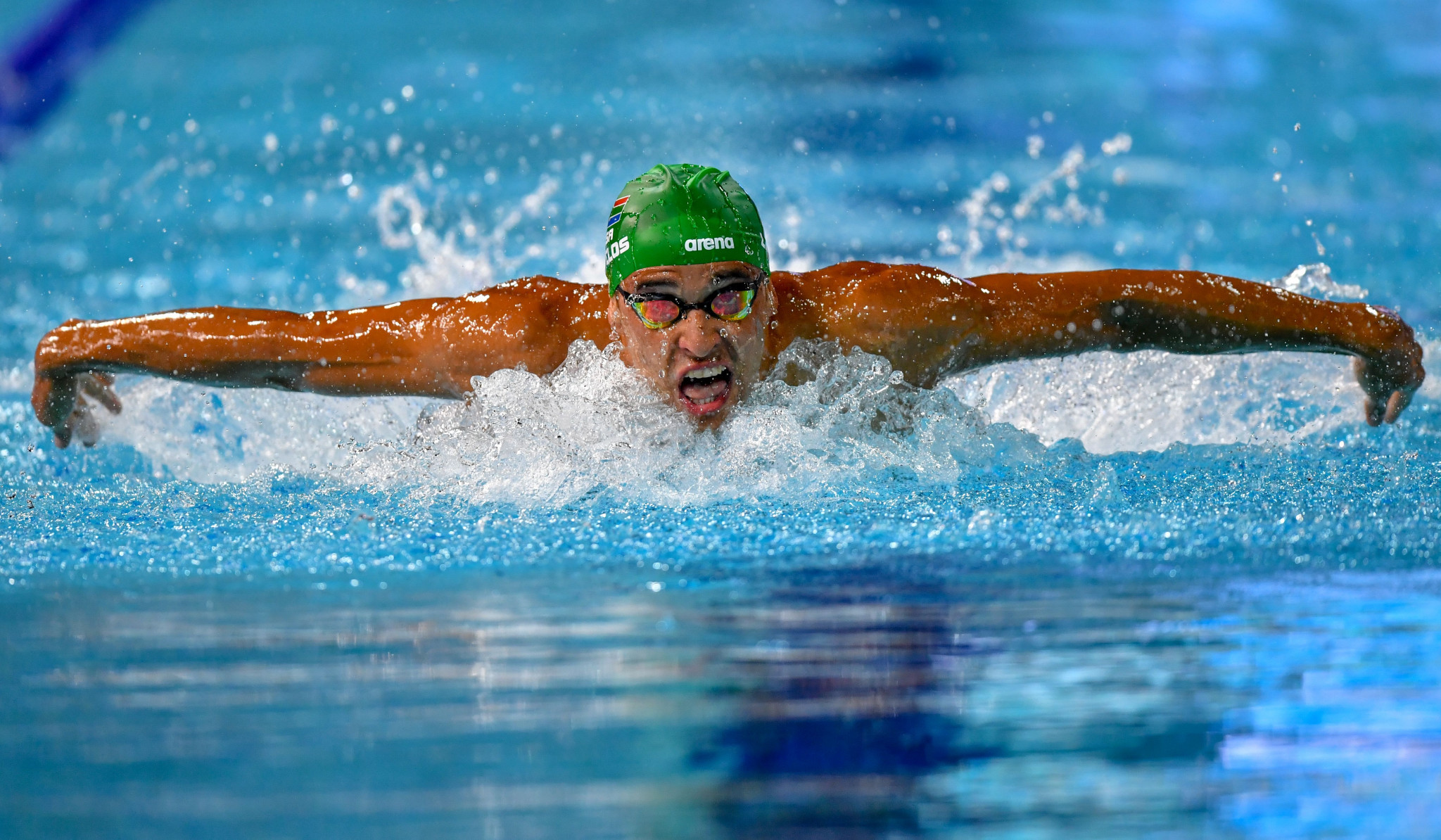 Chad le Clos joked that he felt like the "Michael Phelps of the Commonwealth Games" after becoming the first man to win the same swimming event for three successive editions at Gold Coast 2018 today.

The South African, who shot to global stardom by stunning Phelps in the 200 metres butterfly at London 2012, dominated the same event here to repeat the victories he managed at Delhi 2010 and Glasgow 2014.

"I was very happy - I wanted to go out hard and control the third 50m," le Clos, winner of the 50m butterfly here yesterday and who also qualified for tomorrow's 100m freestyle final today, said.

"I don't want to sound arrogant or anything but it was a good race for me and fair play to the other guys."

Australia's Petria Thomas and Leisel Jones are the only other swimmers to have won same event three times in a row at the Commonwealth Games before.

Thomas claimed 100m butterfly spoils at Victoria 1994, Kuala Lumpur 1998 and Manchester 2002, while a teenage Jones won a first 100m breaststroke crown in the same English city before repeating the feat at Melbourne 2006 and Delhi 2010.

"No one has done the triple before so I feel like the Michael Phelps of the Commonwealth [Games] - I'm happy.

South Africa's good night continued when Tatjana Schoenmaker grew stronger and stronger in the second half of the 200m breaststroke to clinch victory in 2:22.02.

This is with the exception of Paralympic events, where Nathalie du Toit won seven gold medals across Manchester 2002, Melbourne 2006 and Delhi 2010.

Reigning world record holders and world champions were among other winners tonight.

England's Adam Peaty was far from his best in the men's 100m breaststroke final but was still a class above his rivals to triumph and repeat his Glasgow 2014 success in 58.84.

James Wilby continued his strong week by following his 200m gold with silver in 59.43 for an English 1-2.

Masse trailed at halfway and throughout the final length before pipping her rival at the post - to the partisan home crowd's obvious frustration - to win by just three hundredths of a second in a Games record 53.63.

Ruck won the bronze medal in 58.97 for her second medal of the evening after earlier tying for silver in the 50m freestyle.

Cate Campbell was a popular winner in that race to touch in 23.78 and beat sister Bronte, who tied for silver with Ruck after both clocked 24.26.

Australia did not quite match their six gold haul of yesterday but still enjoyed a good day.