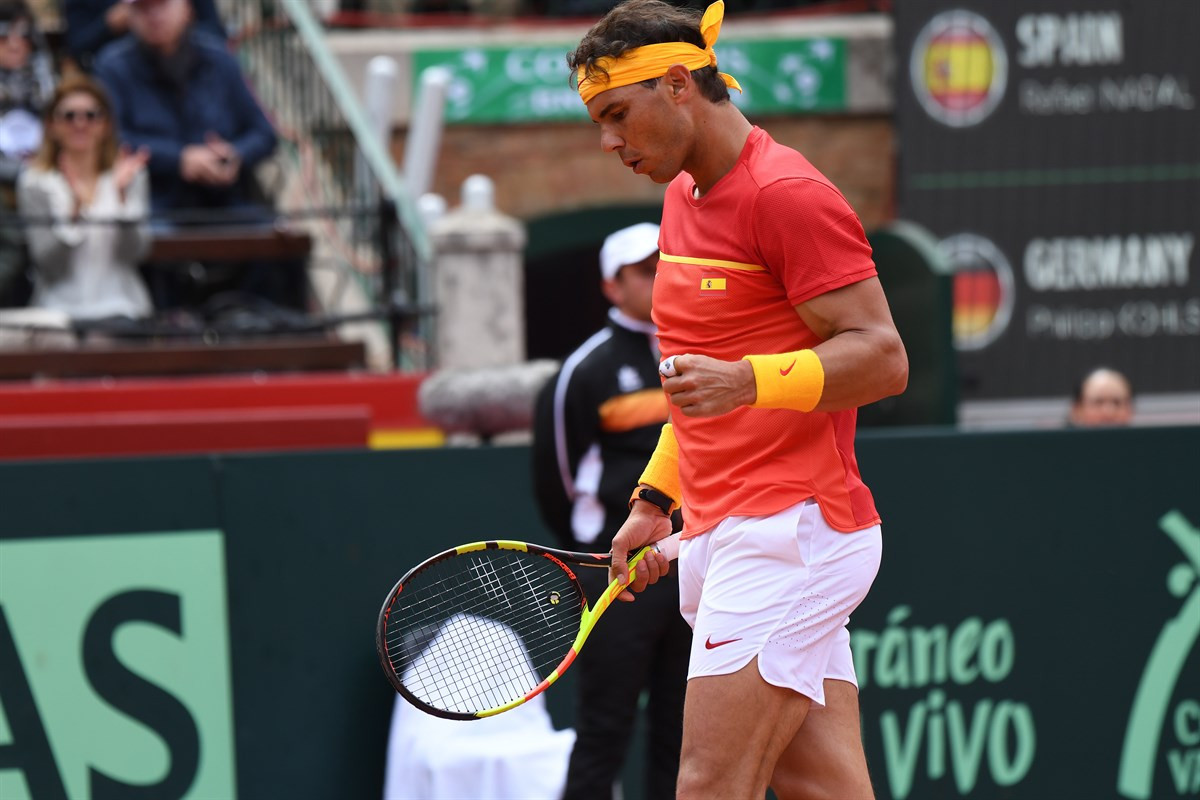 Rafael Nadal became a Davis Cup record breaker today as he returned to action for the first time since January to bring Spain level with Germany in their Davis Cup World Group quarter-final.

The 30-year-old world number one, sidelined with a hip injury since abandoning his Australian Open quarter-final in January, beat Philipp Kohlschreiber 6-2, 6-2, 6-3 on the clay of Valencia’s Plaza de Toros to create the longest Davis Cup winning run in combined singles and doubles.

Nadal has now won 23 rubbers on the bounce.

He last lost one in company with Feliciano Lopez in Spain’s 3-2 win over Italy in 2005.

"To play at home always is fantastic," Nadal said after the match.

"It has been an unforgettable day.

"To come back after an injury is always difficult, and in front of my crowd, it was a little bit less."

With the doubles coming up tomorrow, Nadal has a break before his scheduled - and potentially crucial - singles match against Zverev, which will be followed by a final singles match between Ferrer and Kohlschreiber.

Both the other quarter-finals played in Europe also finished at 1-1 overnight.

In Genoa, Lucas Pouille, whose victory in the deciding singles match against Belgium earned France the Davis Cup last season, gave his side a winning start as he defeated Italy’s Andreas Seppi 6-3, 6-2, 4-6, 3-6, 6-1 at the  Valletta Cambiaso ASD.

Honours were also even between Croatia and Kazakhstan in their match at the Varazdin Arenea.

Croatia’s world number three Marin Cilic got the home team off to a winning start with a comprehensive 6-2, 6-1, 6-2 win over Dmitry Popko.

But then world number 92 Mikhail Kukushkin demonstrated the spirit and determination of this Kazhak team as he brought the scores level with victory over Borna Ćorić, 3-6, 7-6, 6-4, 6-2.

The United States are playing Belgium on the indoor hard courts of the Curb Event Center in Nashville in Tennessee.