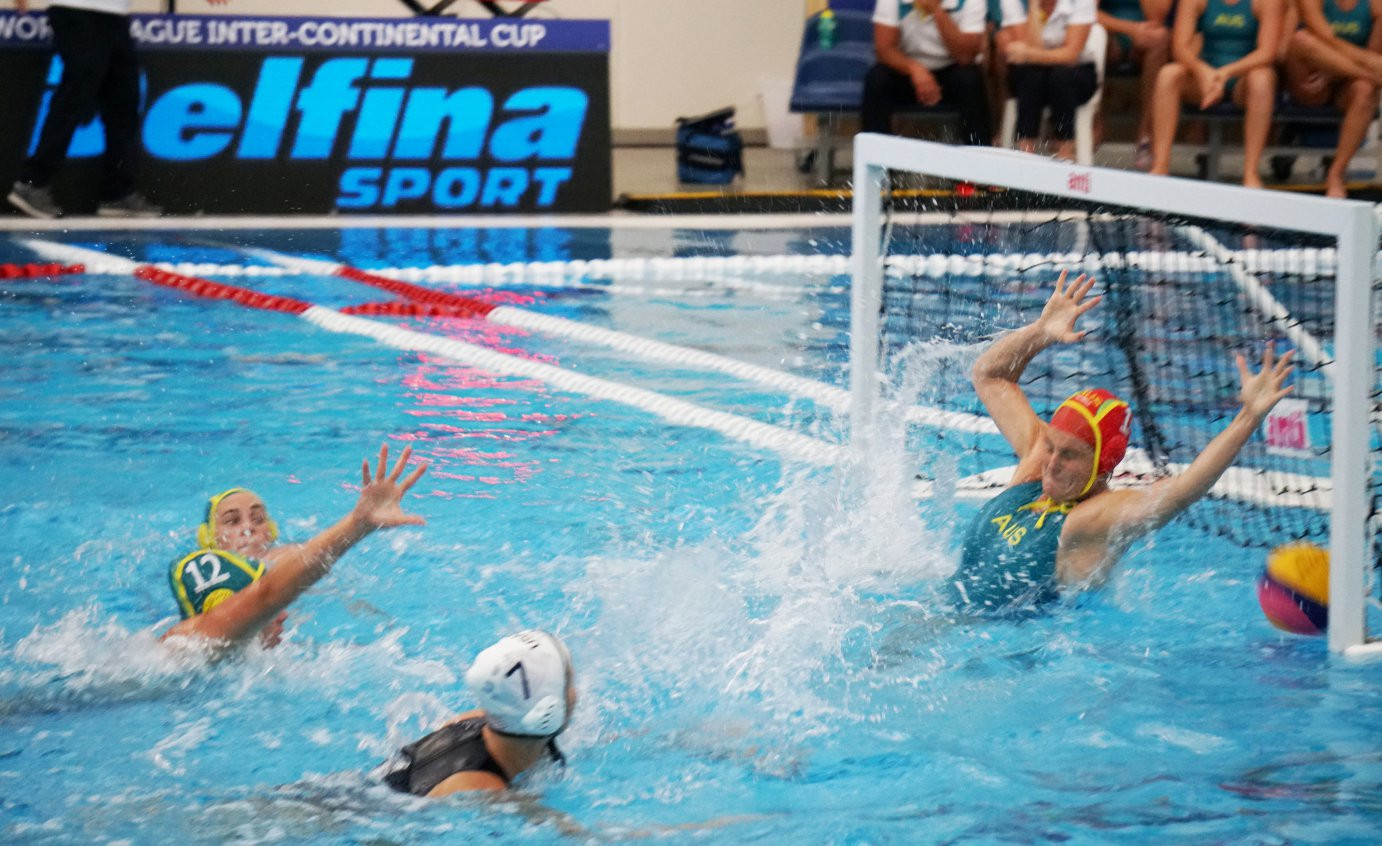 Canada and Australia have finished top of their respective pools in the women's Water Polo World League Intercontinental Cup in Auckland and will take on the two New Zealand sides in the quarter-finals.

China finished second behind Canada - 15-13 winners over Japan - in Pool A and will play Kazakhstan in the quarter-finals.

The United States, who earned a 13-6 win against Kazakhstan, are due to take on Japan after finishing second in Group B behind the Australians.

For the first time ever, both the women's and men's tournaments are being hosted by the same National Federation at the same venue - the Sir Owen G. Glenn National Aquatic Centre.

In the men’s competition, Australia and the US remain on track to meet in the final after their third day of action.

Australia, 16-7 winners over Argentina, are now scheduled to take on Kazakhstan, with the US, who beat Japan 12-10, facing China.

Hosts New Zealand raised the noise levels by securing the first men’s home win of the tournament, 15-9 over Saudi Arabia.