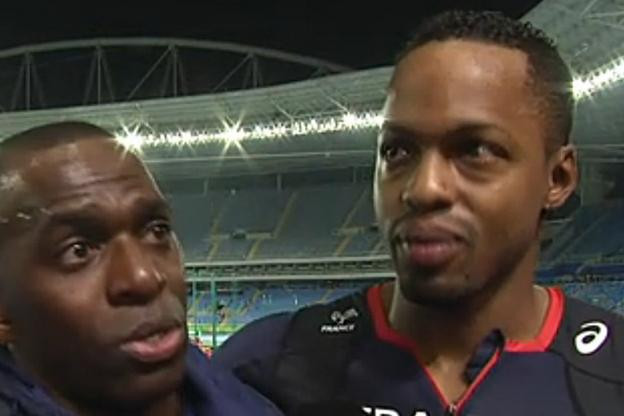 An investigation has been opened into a leading French athletics coach accused of sexual offences by one of his former sprinters.

The public prosecutor’s office, or parquet, in Créteil has opened a preliminary investigation into Giscard Samba for alleged "rape, sexual aggression and sexual harassment".

The inquiry has been entrusted to the criminal investigation department, or police judiciaire, of Val-de-Marne.

Samba, a hurdling specialist, guided France’s Dimitri Bascou to the bronze medal in the 110 metres hurdles at the 2016 Olympics in Rio de Janeiro.

He has asserted his innocence via a strongly-worded statement from his lawyer, published by the French sports news organisation L’Equipe.

The statement read: "Mr Samba did not wish to communicate for the time being to allow justice to go about its work in serenity, but the media trial which has started obliges him to drop his reserve."

The statement from Samba added: "He has overwhelming proof against those who have made slanderous accusations against him, accusations which, notwithstanding their crazy nature, are causing him real trouble, and the athletes who work with him know his integrity and continue to have confidence in him.

"He will take action for false accusation as soon as his innocence is confirmed by a justice system in which he has confidence.

"In the interval, he reserves the right to act against all those who have defamed him in recent days, and will avail himself of the full extent of the law to defend his interests."

Bascou took to social media to emphasise that his confidence in Samba was “intact”.

"I am obliged to communicate respect for Giscard Samba’s presumption of innocence and to allow time for the investigation, which is in the hands of the justice system, to take place," Bascou wrote.