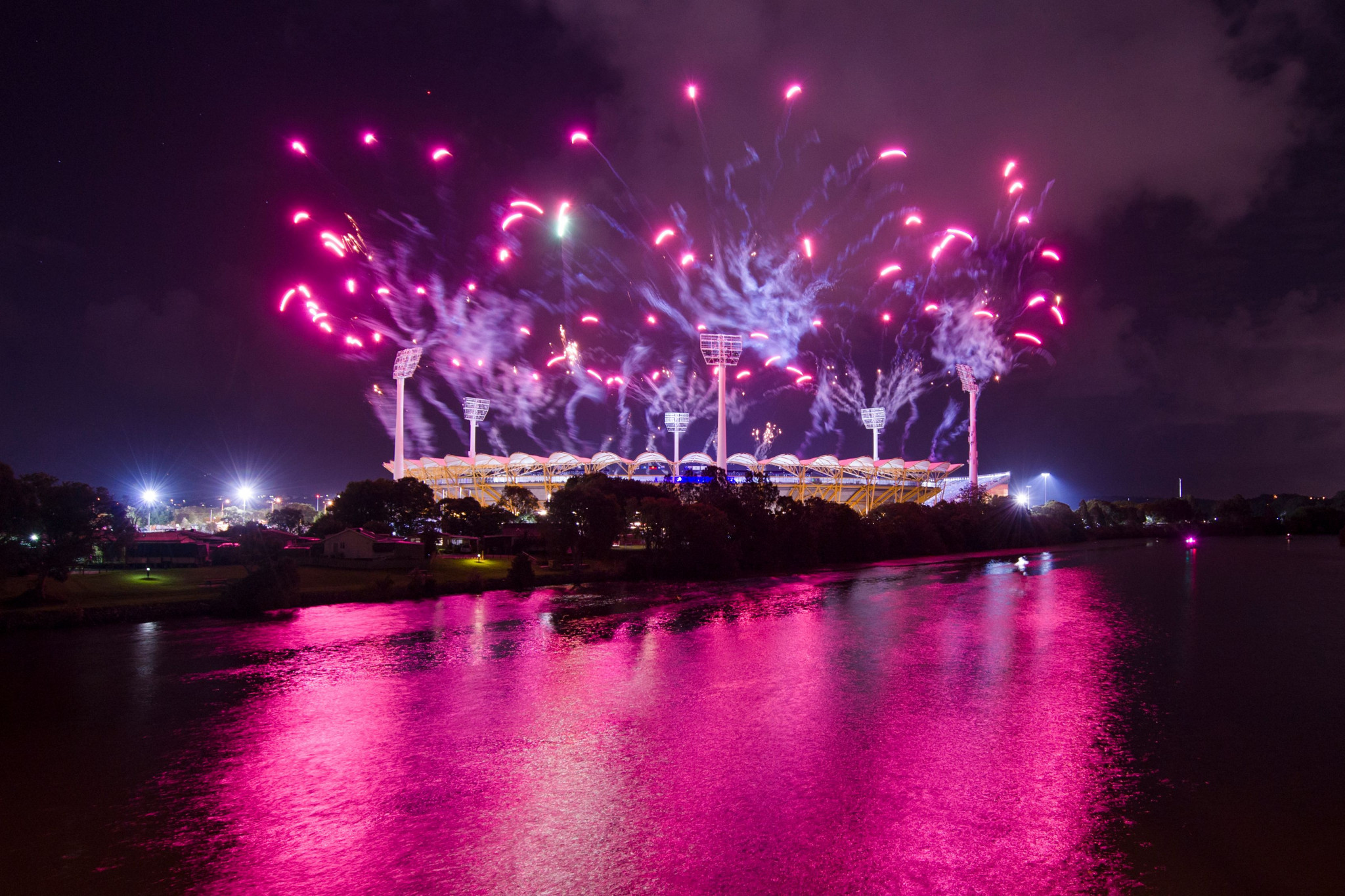 Gold Coast 2018 was declared open by Prince Charles after a vibrant Opening Ceremony here today featuring a torrential downpour, sandpaper confetti, a giant whale and - for the second Commonwealth Games in a row - a Queen's Baton which did not want to open.

Commonwealth Games Federation (CGF) President Louise Martin's face showed an obvious sigh of relief as she finally opened the message following similar problems to those experienced by her predecessor Tunku Imran of Malaysia four years ago in Glasgow.

Prince Charles, stepping-in for his mother The Queen, then declared the 21st Commonwealth Games officially open by reading the message inside.

"The ancient stories told by the people of Australia tell us that even though we are far away, we are all very much connected," he recited.

"As you come together at the start of these Games I continue to be enthused and encouraged by the discipline and commitment of athletes.

"It now gives me the greatest pleasure to declare the 21st Commonwealth Games Open."

The three-hour Ceremony began with a sudden deluge of heavy rain but the showers quickly subsided to conform with the surfing and beachfront scenes forming a powerful image in the opening segments.

There were also plenty of references to the region's indigenous heritage, including a smoking ceremony and a didgeridoo-heavy soundtrack.

A giant whale, Migaloo, was also displayed above the arena alongside performances from singer Delta Goodrem.

Sprint hurdler Sally Pearson was a popular choice as the final bearer of the Queen's Baton Relay and she slowly jogged down the gangway to pass it onto Martin.

Cyclist Brad McGee, Paralympian Kurt Fearnley, who brought the Baton to Buckingham Palace at the very start of this epic voyage, netball player Liz Ellis and hockey star Brent Livermore were the other Batonbearers inside the stadium.

By far the loudest cheer of the day was heard when the last of the 71 nations and territories - Australia - entered the arena to the delight of the home crowd.

Green and gold confetti was sprayed in the air in what was interpreted by some as a reference to the sandpaper which has rocked the country in recent weeks due to its use in the cricketing ball tampering scandal.

Flagbearer and hockey captain Mark Knowles then stopped to high-five members of the team as they passed the Stand of Honour.

The parade also featured the return of The Gambia after their brief absence from the Commonwealth during Glasgow 2014.

There was no topless Tongan Flagbearer Pita Taufatofua this time around like at Rio 2016 and Pyeongchang 2018, due to the absence of taekwondo and cross country-skiing from the programme.

But Kiribati's defending weightlifting gold medallist David Katoatau made up for him by following the Pacific theme of parading without a shirt.

Martin spoke about her experience competing as a swimmer at Perth 1962 while also hailing - to wide applause - how these Games are the first to see equal medal events for men and women.

"This is the first Games to include a Reconciliation Action Plan, respecting and recognising the first nation peoples of the entire Commonwealth," the Scot told the crowd of 35,000 inside a Stadium that normally stages Australian rules football.

"This is the largest fully inclusive Para-sport medal events programme ever at a Commonwealth Games; the largest at any international sports event.

"We are proud to champion inclusivity and accessibility for all.

"This is a platform to show the world what it means to be a Commonwealth athlete.

"You inspire us to unlock our own potential.

"The stories you will create in the next 11 days will resonate with our values: Humanity, equality and destiny."