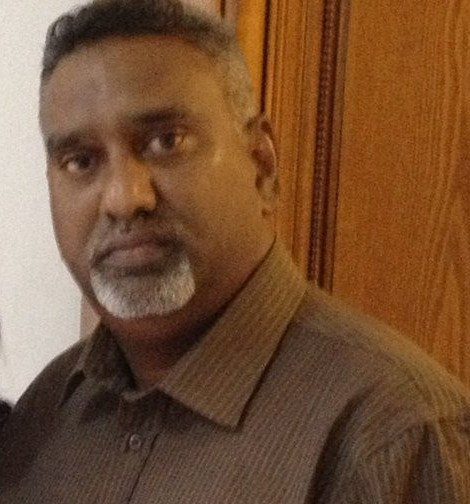 Commonwealth Games Federation (CGF) officials have claimed they have a zero tolerance approach towards abusive behaviour after the opening of a criminal investigation into the Chef de Mission of the Mauritius team.

Kaysee Teeroovengadum, also assistant secretary general of the Mauritius Olympic Committee, has quit his post as head of the delegation here after being accused of inappropriate "touching" by an unnamed team member.

Police confirmed they had received a complaint overnight and have now opened a formal investigation.

"The Queensland police service is currently investigating a complaint in relation to aggravated assault involving an athlete and an official from the Mauritius team," Police Games commander Deputy Commissioner Steve Gollschewski said.

"This is a criminal investigation now underway.

"We are giving it our absolute priority and anticipate being able to resolve the issue over coming days.

"Both the compliant, in particular, is entitled to privacy of this issue and the person under investigation has rights, and in our country, certainly, those rights include a presumption of innocence until proven otherwise."

Gollschewski would not yet comment on suggestions that the athlete had been pressured not to report the incident.

He also said that, as it stands,Teeroovengadum is not barred from leaving the country.

"After meeting with the members of the Olympic Committee and listening to the versions of the two people concerned, Kaysee Teeroovengadum made the decision to withdraw for the benefit of everyone and so that things could calm down," Mauritius' Minister of Youth and Sports Stephan Toussaint said.

Teeroovengadum has reportedly remained in the Athletes' Village here despite relinquishing his position.

Sexual abuse allegations have become a particularly prominent concern in sport in recent months following a scandal in USA Gymnastics.

Larry Nassar, national medical coordination officer for USA Gymnastics between 1996 and 2014, was jailed for up to 300 years earlier this year on seven counts of criminal sexual abuse against athletes.

This included allegations surrounding his work during London 2012.

The International Olympic Committee have helped create a toolkit to combat harassment in sport while a safeguarding officer was present at the Rio 2016 and Pyeongchang 2018 Olympics for athletes to confidentially report cases to.

CGF chief executive David Grevemberg revealed they also have hotlines for "such matters" as well as an athlete ombudsman to combat issues regarding "conduct which is unbecoming of the values we are trying to uphold".

The Athletes' Village is included in a general safeguarding policy in operation at all Games sites developed in conjunction with UNICEF.

Details on safety and security information have been distributed in rooms in the Athletes' Village while procedures were also discussed at Chef de Mission seminars before the Games.

"Any time any investigation is launched into a safeguarding issue it is a grave concern as it compromises the integrity of what we want to uphold," Grevemberg said today.

"There is zero-tolerance for poor, bad or abusive behaviour of any nature.

"That is very clear, depending on the outcome we will assess the situation.

"Services that have been provided, ultimately up to individuals to come forth.

"Gold Coast 2018 has worked very closely with UNICEF in terms of safeguarding, when a complaint is launched how we encourage teams to behave."