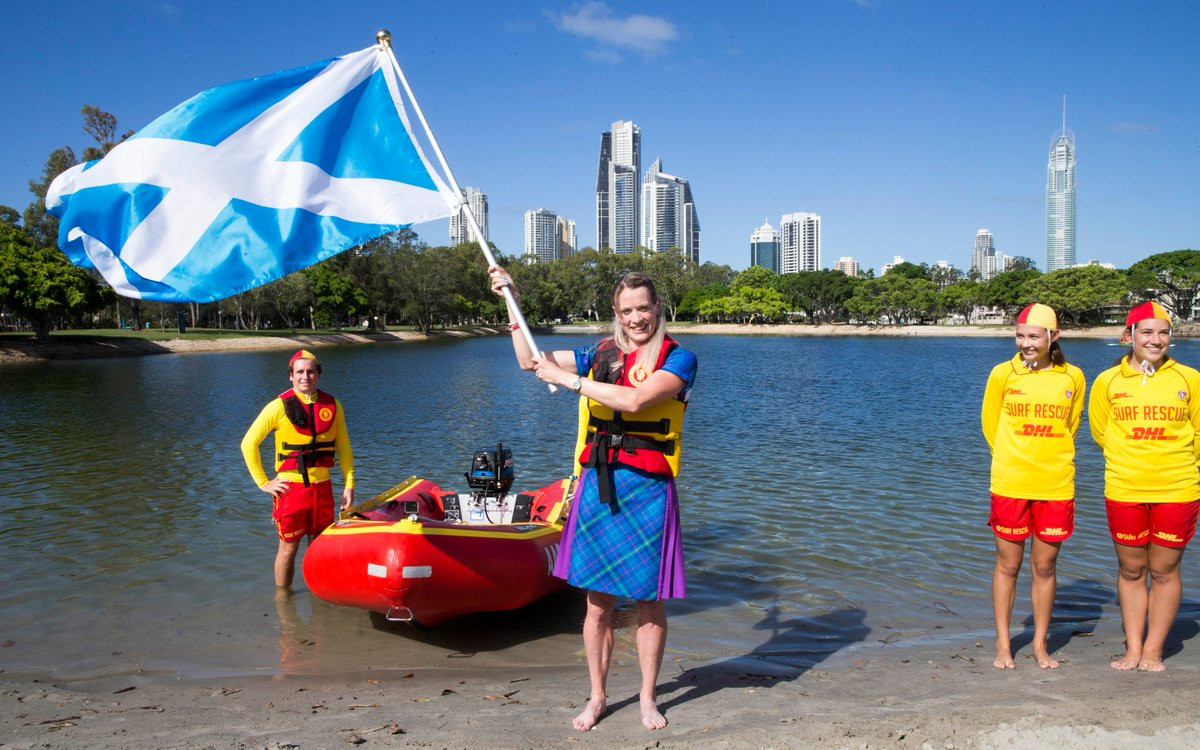 Eilidh Doyle has been named Scotland’s flagbearer at the Gold Coast 2018 Opening Ceremony, following a vote by athletes.

Doyle will compete at her third Commonwealth Games, having women’s 400 metre hurdles silver medals at both Delhi 2010 and Glasgow 2014, the latter coming in front of a home crowd.

The 31-year-old has also earned an Olympic bronze medal in the 4x400m relay at Rio 2016, while she has claimed two silver and one bronze at the World Athletics Championships in the event.

"This is just such a huge honour," said Doyle.

"I was really chuffed to have been nominated but to actually be voted to carry the flag is something else.

"It is also very special that I will be the first female to carry the flag.

"I am very proud to represent women in sport and I am a very patriotic Scot; so to step out and wave the Saltire will be an amazing feeling."

Team Scotland claim that Doyle is an inspirational leader, having captained Britain at the 2017 World Championships in London.

Her 4x400m silver medal confirmed her as Scotland’s most decorated track and field athlete, while she is the current holder Scottish records in the 400m hurdles, 4x400m and indoor 400m.

They have been invited to walk out immediately behind Doyle as deputy flag bearers.

"The announcement of the team flag bearer is a special occasion, signaling the end of our preparation and the final countdown to what we hope will be our most successful ever overseas Games," Paul Bush, the chair of Commonwealth Games Scotland, said.

"Eilidh embodies everything Team Scotland stands for as a proud, ambitious and inspirational leader; and the experience she has gathered throughout her illustrious career makes her the perfect candidate to lead us out into the Games Opening Ceremony."

Doyle arrived the flagbearer event, carrying the flag on a boat travelling down Gold Coast's waterways.

She was greeted by a mix of didgeridoos and bagpipes upon arrival, as well as applause from Scottish athletes gathered for the event.

The 400m hurdle specialist was officially presented with the flag by Scotland's Sport Minister Aileen Campbell.

Doyle arrives in Australia fresh from winning bronze in the 400m at the World Indoor Championships last month.

The Championships took place in Birmingham, the host city for the 2022 Commonwealth Games.

Team Scotland have also officially opened their House for the Games, which is based at the Mantra on View Hotel.

It will also host a range of events linked to the Games, as well as hosting team press conferences and post-competition media activity.

The House is also expected to provide space for athletes and their families and friends to meet in private and relax, both before and after competition.

“With Scotland House now officially open, we will look forward to welcoming hundreds of athletes, friends, family and team supporters here over the next two weeks," said Bush.

“As always, we have strived to make Scotland House look like a slice of home, using our team logos and branding; all of which have an authentic local feel.

"It’s the first thing you see when you walk through the door and I am sure we will all agree how impactful it is.

"A huge thank you to the Scottish Government in understanding the value of Scotland House and continuing to support us in its delivery.”

The House will be open daily until April 15 and is being run in conjunction with EventScotland and VisitScotland.

It will be open from 10am local time through to 11pm.