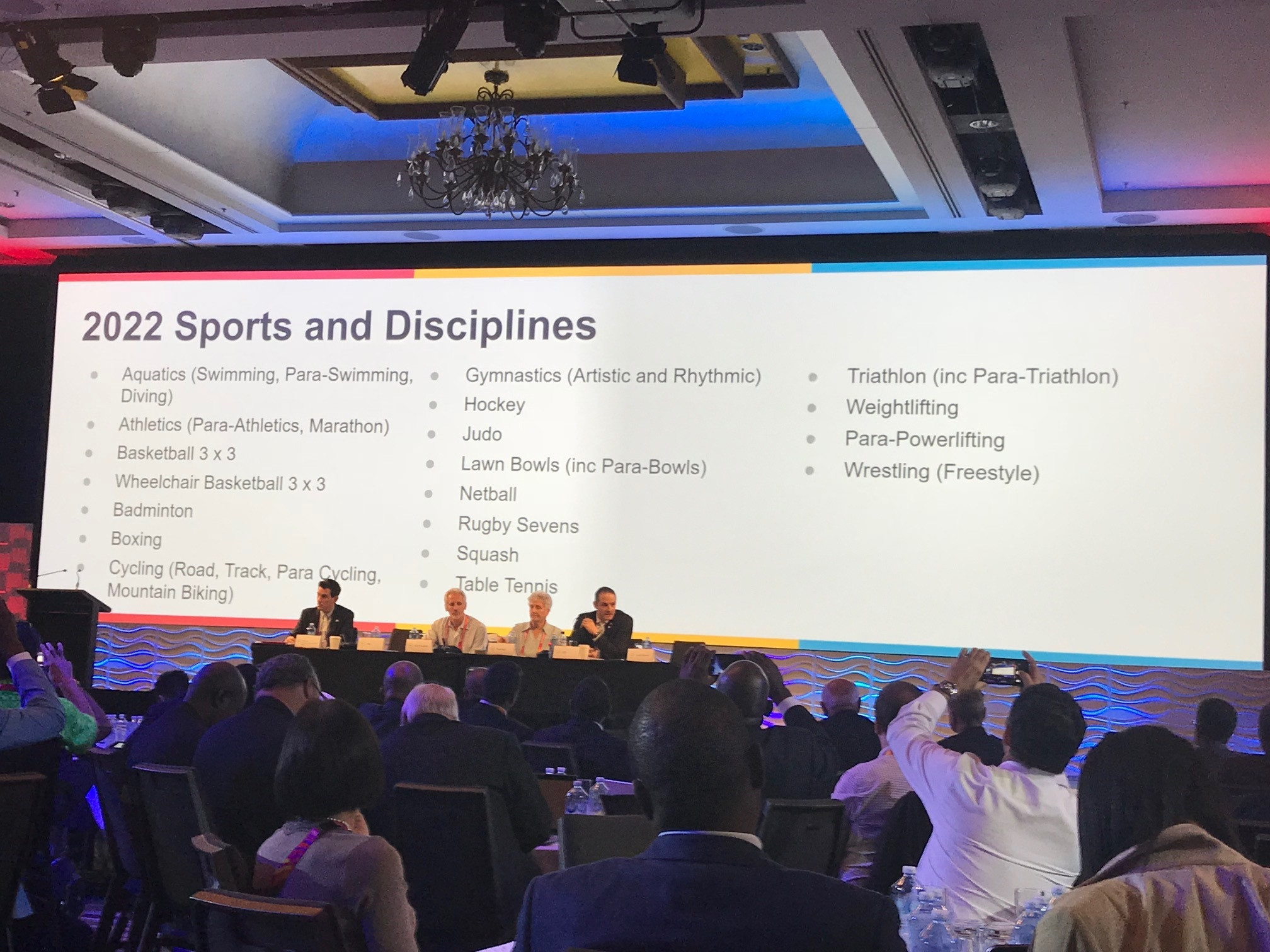 Commonwealth Games Federation (CGF) President Louise Martin has revealed the organisation have met with the International Shooting Sport Federation (ISSF) following the decision not to include the sport on the programme for Birmingham 2022.

The CGF addressed the issue of the Birmingham 2022 sport programme as their General Assembly began with a strategic forum here today.

David Grevemberg, CGF chief executive, confirmed there had been interest from several sports in being included on the programme, including from archery and cricket.

Shooting, however, has been the most controversial omission with the sport having been present at every Commonwealth Games since Kingston 1966, with the exception of Edinburgh 1970.

It remains only an optional sport at the Games and the decision to omit it from the event was made by Birmingham 2022.

The ISSF have lobbied both Birmingham 2022 and the CGF in an attempt to have the decision changed, with Martin today revealing they had held a meeting with the sport’s governing body recently.

"Our relationship with the ISSF as nearly non-existent before," Martin said.

"Now we have held a meeting with them and have opened up the dialogue.

"We are yet to here back from the ISSF since our meeting."

There has been an angry response against the sport’s omission after those against it dismissed the claim by Birmingham 2022 that the move was due to the lack of a suitable venue close to the English city.

A petition calling for the sport to be included, pointed out that the nearest Olympic-standard shooting range to the city is 130 miles away in Bisley in Surrey, host for the sport the last occasion the Commonwealth Games were staged in England, at Manchester in 2002.

This is five miles closer to Birmingham than the Velodrome on the Queen Elizabeth Olympic Park in London, which is hosting track cycling at Birmingham 2022.

When met with a similar suggestion regarding the potential to host shooting in Bisley, Grevemberg warned the CGF could not make promises but the idea could be assessed by Birmingham 2022, whom the decisions rests with.

Grevemberg referenced the addition of beach volleyball to the Gold Coast 2018 sport programme a potential model that could be considered by Birmingham 2022.

Beach volleyball had originally missed out on inclusion on the programme, despite lobbying attempts in 2013 for it to be included.

The discipline was then added in March 2016, following an agreement being reach with the CGF, Gold Coast 2018, the Queensland Government and Commonwealth Games Australia.

Under the CGF’s Transformation 2022 strategic plan, a maximum of 4,300 athletes are permitted to appear at the Games.

From this number, 3,800 would be form compulsory sports, while 500 would come from optional events.

Earlier this week, Indian shooter Jaspal Rana called on the country's Government to boycott the 2022 Commonwealth Games in protest at the decision not to include the sport on the programme.

The four-time Asian Games gold medallist claimed it was up to the Indian Government to "fight" for the athletes affected by the controversial exclusion of the sport at the Games in four years' time.

Rana's suggestion has not been supported by everyone within the Indian shooting community, however.

It is India's most successful Commonwealth Games sport as they sit second on the all-time medals table with 118, 56 of which are gold.

Isle of Man and Jersey are among the Commonwealth Games Associations who have expressed opposition to the shooting not being included.

Athletics, basketball 3x3 and wheelchair basketball 3x3, badminton, boxing, hockey and judo are among the sports on the Birmingham 2022 programme.

Swimming, para-swimming and diving are included as aquatics events, while triathlon and para-triathlon, lawn and para-lawn bowls also feature, along with artistic and rhythmic gymnastics.