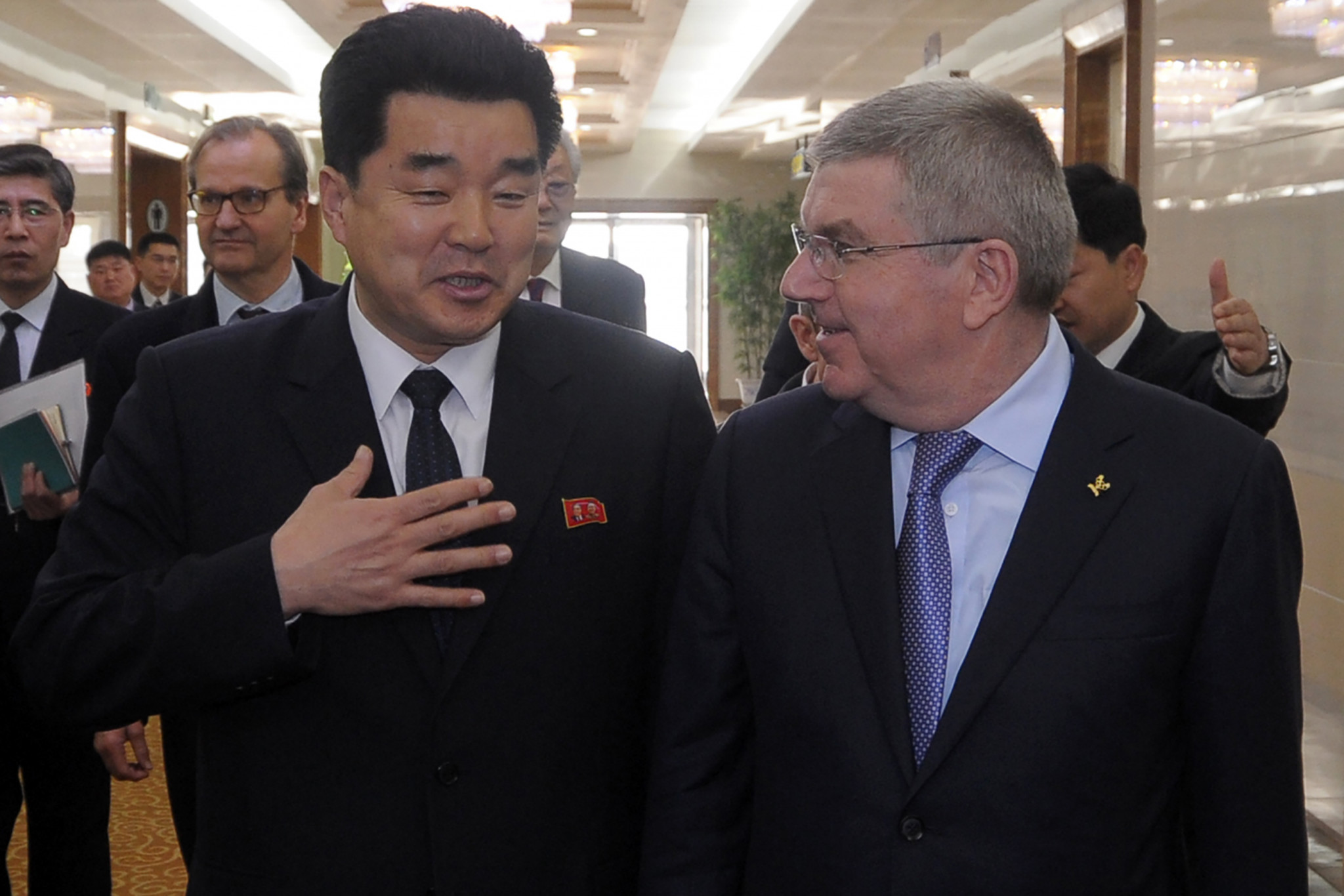 The German's trip to the secluded state began this morning and will conclude on Saturday (March 31).

Twenty-two athletes from the country competed after an IOC-led four party meeting in Lausanne on January 20, which also involved South Korea and Pyeongchang 2018.

Both Koreas, which are still technically at war, marched together at the Olympic Opening Ceremony and a joint ice hockey team played in the women's competition.

Further moves saw a squad of cheerleaders deployed and, arguably most significantly of all, a high-level North Korean delegation travelled which included Kim Yo-jong - the sister of leader Kim Jong-un.

Bach was invited to North Korea at the January meeting with the IOC since claiming that the country's Winter Olympic appearance has sent a "message of peace" across the world.

According to Yonhap, he flew on Air Koryo from Chinese capital Beijing along with other members of the IOC delegation.

Pere Miro, the IOC's National Olympic Committees relations director, is among others to have made the trip.

It is not known if Bach will meet Kim in North Korea.

"Discussions will focus on the further development of sport in the DPRK after the successful participation of athletes at the Olympic Winter Games Pyeongchang 2018, and the preparation of athletes from the NOC of the DPRK with the objective of qualifying for and participating in the Olympic Games Tokyo 2020 and Olympic Winter Games Beijing 2022, as well as the Youth Olympic Games 2020 and 2022," an IOC statement said.

However, Kim made a surprise New Year's Day announcement that his country would be prepared to compete at the Games.

The two leaders have since agreed to meet while senior South Korean officials in Washington D.C. have claimed Kim is open to halting nuclear and missile tests and was "committed to denuclearisation".

Many people are still unconvinced that the cooling of tensions will be anything more than a momentary thing, however.