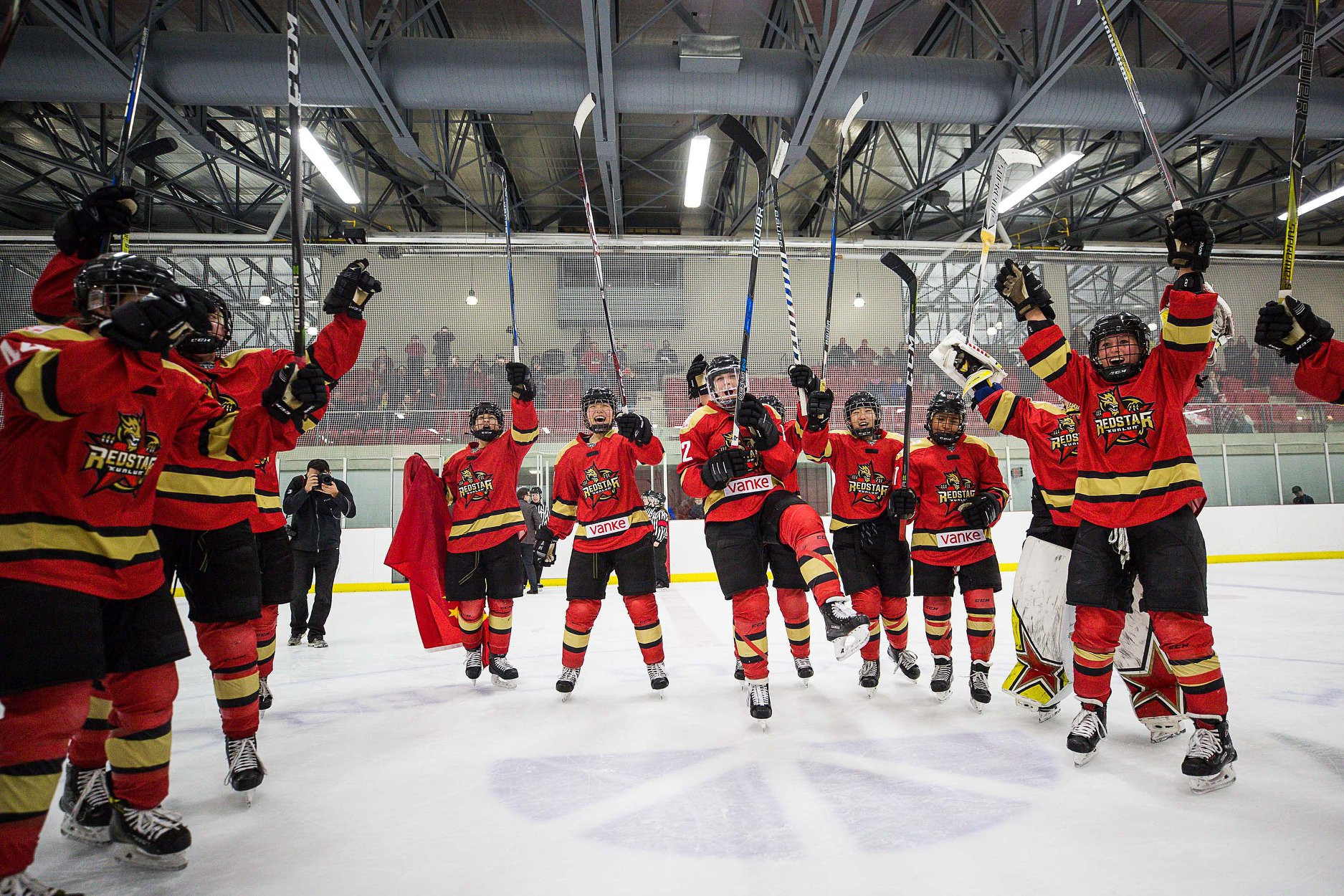 Despite suffering a 2-1 overtime loss to Canada’s Markham Thunder in the final at Toronto#s Ricoh Coliseum, Kunlun's performance marked the best by a Chinese club in international ice hockey.

Established in June 2017, Kunlun is an expansion entry in the seven-team CWHL.

It is part of a national programme that also includes another CWHL entry, Shenzhen-based Vanke Rays, and has been tasked with honing Chinese talent with the goal of claiming a medal at the Winter Olympic Games in Beijing in four years’ time.

China is keen to improve in ice hockey - a sport where they have little heritage.

"We based the national women's ice hockey club in Shenzhen, to popularise winter sports to the south, east and west of China in preparation for the 2022 Beijing Winter Olympics," Li Yingchuan, deputy director of China's General Administration of Sport, was reported as saying by China Daily.

Xu Jianping, deputy director of Guangdong Province’s General Administration of Sport, added: "The two teams will not only attract winter sports fans, but also people who don't know much about it.

"The success of Kunlun Red Star also led to the development of other winter sports in Guangdong Province."

Kunlun head coach Digit Murphy, who helped the Boston Blades to the CWHL title in 2013 and 2015, was appointed in March of last year.

She is striving to help improve her Chinese players by giving them the opportunity to compete alongside better established team-mates.

"It's not the result that we wanted, but the fact that we are an expansion team getting to the final and getting to overtime to almost win was a great accomplishment," Murphy was reported as saying by China Daily regarding the final.

"Some of us have played in other championships, but this one was very special because we wanted to win for China.

"We feel like we did a good job, but on some level we let China down.

"And we don't want to ever let China down."

Prior to losing to Markham Thunder, Murphy's team beat Calagary Inferno in a three-game semi-final play-off.

It followed a 15-game winning run in league action.

China last competed in the Olympic women’s ice hockey tournament at Vancouver 2010 when they ranked seventh out of eight nations.

China's men have never played at the Olympics.