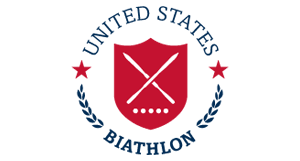 A recruitment process has been launched by US Biathlon to find a new national team coach.

The governing body has announced they are seeking applications for the role, based at the US Olympic Training Center in Lake Placid.

According to US Biathlon, the new recruit will lead athletes in daily training as well as coaching them on the International Biathlon Union World Cup circuit.

The position is supported by other US Biathlon staff, who will help to optimise the coach's focus on training and competition.

The applicant who is chosen for the role will be tasked with contributing to the success of the team following the conclusion of the IBU World Cup season.

American athletes achieved one podium result during the 2017 to 2018 campaign as Susan Dunklee finished third in the women's 10 kilometres pursuit in Holmenkollen in Oslo earlier this month.

US Biathlon led a boycott of the World Cup finals in Tyumen last week in protest at the decision to keep the event in Russia amid the country's doping scandal.

Britain, Canada, the Czech Republic and Ukraine also refused to send any athletes to the event.