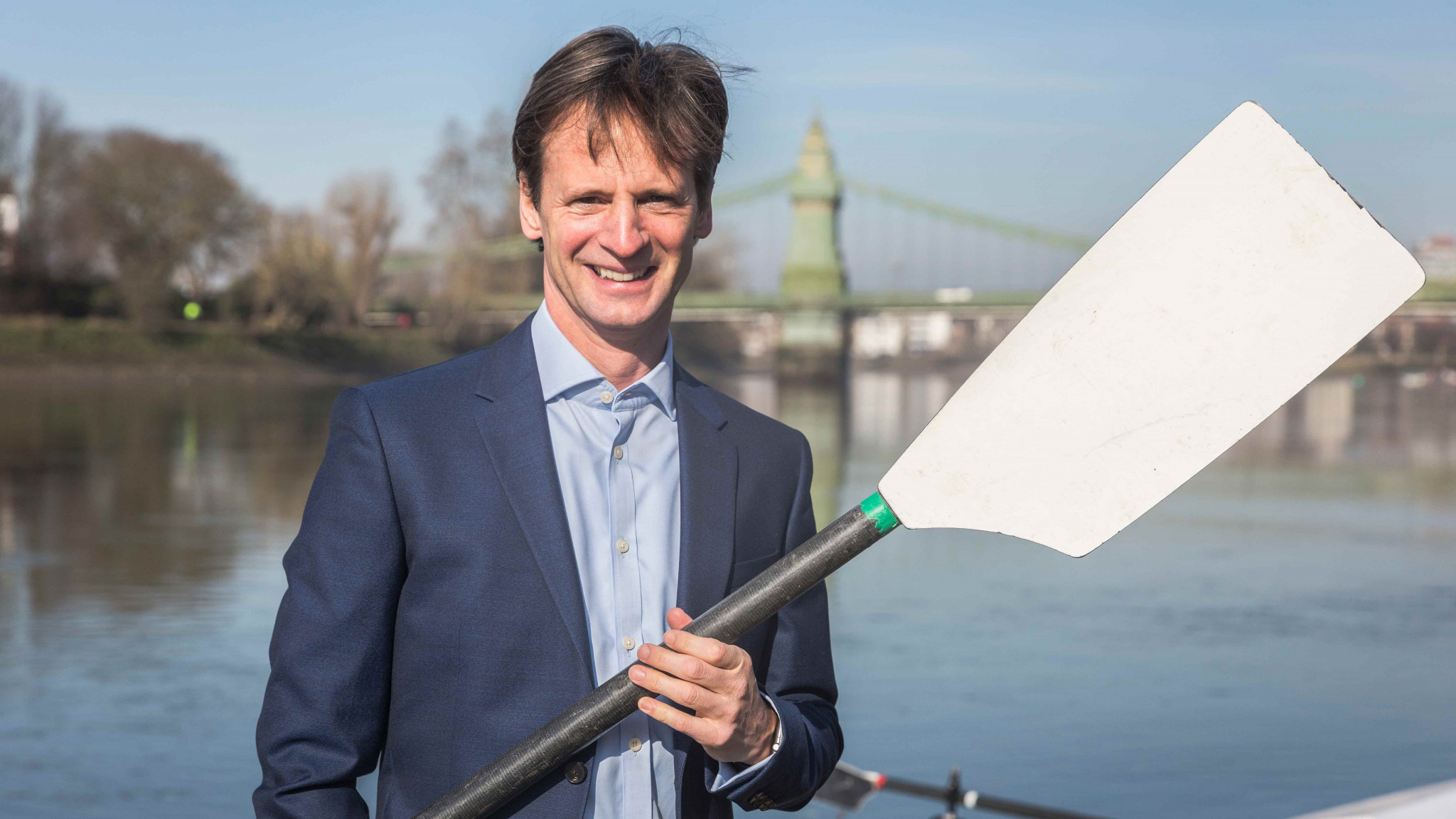 British Rowing has announced the appointment of Mark Davies as its new chair, taking over from Annamarie Phelps on April 1.

This will be alongside his role as chairman of ArcheryGB, which he joined in 2015, until the end of his term in 2019.

The announcement comes less than a week after the national governing body appointed Brendan Purcell as its new director of performance.

Davies, 47, has a strong rowing pedigree and has been involved in the sport since learning to row at Christ's College in Cambridge.

He coxed in two reserve Boat Races, represented England at the Home International Regatta and was a finalist at Henley Royal Regatta.

British Rowing claims his experience with ArcheryGB gives him a good insight into sports governance and administration, and the opportunities and challenges faced by a national governing body.

"It is an absolute honour and privilege to have been appointed as chairman of British Rowing," Davies said.

"Rowing has been my passion since I picked up my first oar at university and I have seen, first hand, the many positive impacts the sport can have to everyone involved.

"Annamarie, and the late Dame Di Ellis before, have achieved so much for the sport and set British Rowing on a solid course.

"I am committed to ensuring that we continue to build on their hard work and success, which has served rowing so well.

"I believe that rowing is a sport for all, and I will work with the Board, staff and the sport’s exceptional volunteers to engage the current community and those new to rowing."

Commenting on Davies’ appointment, Phelps said: "I am delighted to be handing over to Mark.

"I truly believe that rowing will be in safe hands under his tenure.

"Mark is passionate and committed to rowing and his experience in business, media and sports governance is first rate and will be essential to further developing and growing our sport.

"I am excited to see how rowing develops under Mark’s and [chief executive] Andy Parkinson's clear and strong leadership."

In business, Davies began his career at JP Morgan before moving on to work in the media, spending five years broadcasting and producing for BBC Sport on Radio 5Live and News24.

During this time he was also writing about cricket and rowing for The Daily Telegraph.

Davies was part of the team that set up and launched Betfair, the sports betting company, spending 10 years as the public face of the business, working with sports bodies and Governments around the world.

Since retiring from paid employment, Davies now works with sport and education charities.

He is a trustee of SportsAid, and has had extensive involvement in fundraising for a number of charitable causes including OnSide Youth Zones, a project to build a state-of-the-art facility for underprivileged young people in Hammersmith.

The decision by the Board to appoint Davies follows a robust and open recruitment process that is said to have identified a field of highly-qualified candidates for the role.

Purcell was appointed as British Rowing’s new director of performance on Thursday (March 22), replacing Sir David Tanner who stepped down at the end of last month.

The 47-year-old will start his new role on June 1, having served as performance director at British Triathlon since January 2013, where he oversaw success on the world, Olympic and Paralympic stage.

During his tenure at British Triathlon, Purcell led Great Britain to seven medals at the Rio 2016 Olympic and Paralympic Games, including a historic second gold for Alistair Brownlee and a first-ever medal for a British woman through Vicky Holland.

In the inaugural Paralympic triathlon competitions, Britain finished second in the medal table with one gold, two silvers and one bronze.

The Queensland native will join British Rowing with preparations for the Tokyo 2020 Olympic and Paralympic Games well underway, and Britain having won seven medals at the 2017 World Rowing Championships in Sarasota-Bradenton in the United States.

"I know there are big shoes to fill following on from Sir David Tanner but there’s no doubt he’s left the programme in a strong position, not just in this Olympiad, but for many years to come.

"I'm looking forward to working with the extremely talented and dedicated group of athletes, coaches and support staff at Caversham and continuing Great Britain's legacy of rowing success at the Olympic and Paralympic Games."

As an athlete, Purcell competed on the world stage in canoeing for Australia.

Off the water, he worked with Australia’s high-performance canoeing and diving programmes before moving to the United Kingdom, joining the British canoe sprint programme prior to the Beijing 2008 Olympics.

He was appointed head coach to the canoe sprint team after Beijing 2008, leading the programme through its most successful Olympic cycle.

Purcell will be supporting the home nations' athletes and staff at next month’s Commonwealth Games on the Gold Coast in Australia.

His appointment followed a global search for a new director of performance, which, according to British Rowing, produced a very strong field of candidates.