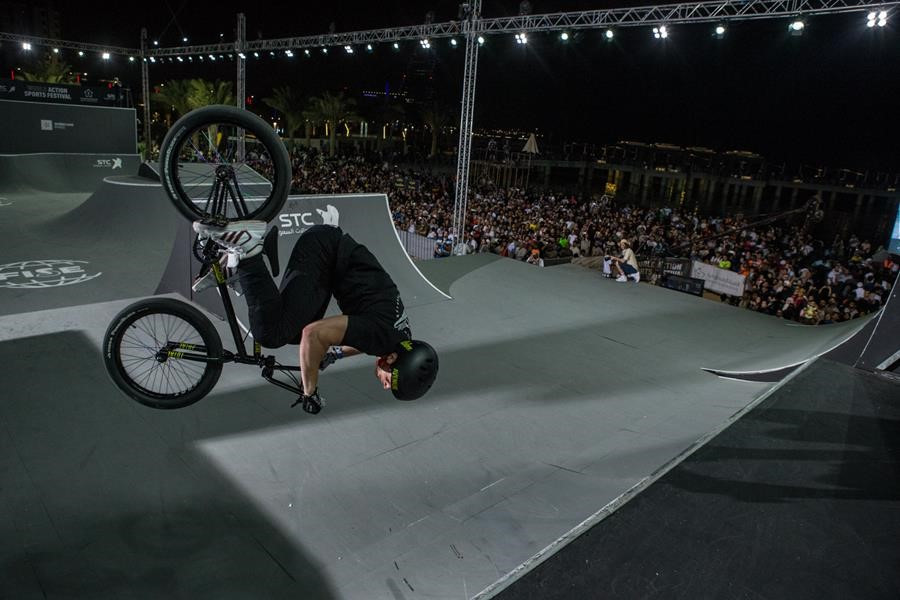 British rider Declan Brooks had led after the qualification round but the technical prowess of Dhers was too strong at the Action Sports Complex venue in Old City.

BMX freestyle part is due to make its Olympic debut at Tokyo 2020.

This was billed as a record for a FISE World Series event.

France's Joseph Garbaccio was among other winners in the skateboard park.

Alex Midler of the United States took bronze with 77.00.

He finished first ahead of Erik Mukhametshim of Ukraine and Li Yiqi of China - with a full breakdown of scores also yet to be published.

Parkour has been amalgamated into the International Gymnastics Federation and could be proposed for inclusion at the Paris 2024 Olympics.

Hiroshima will host the next leg of the FISE World Series from April 6 to 8.