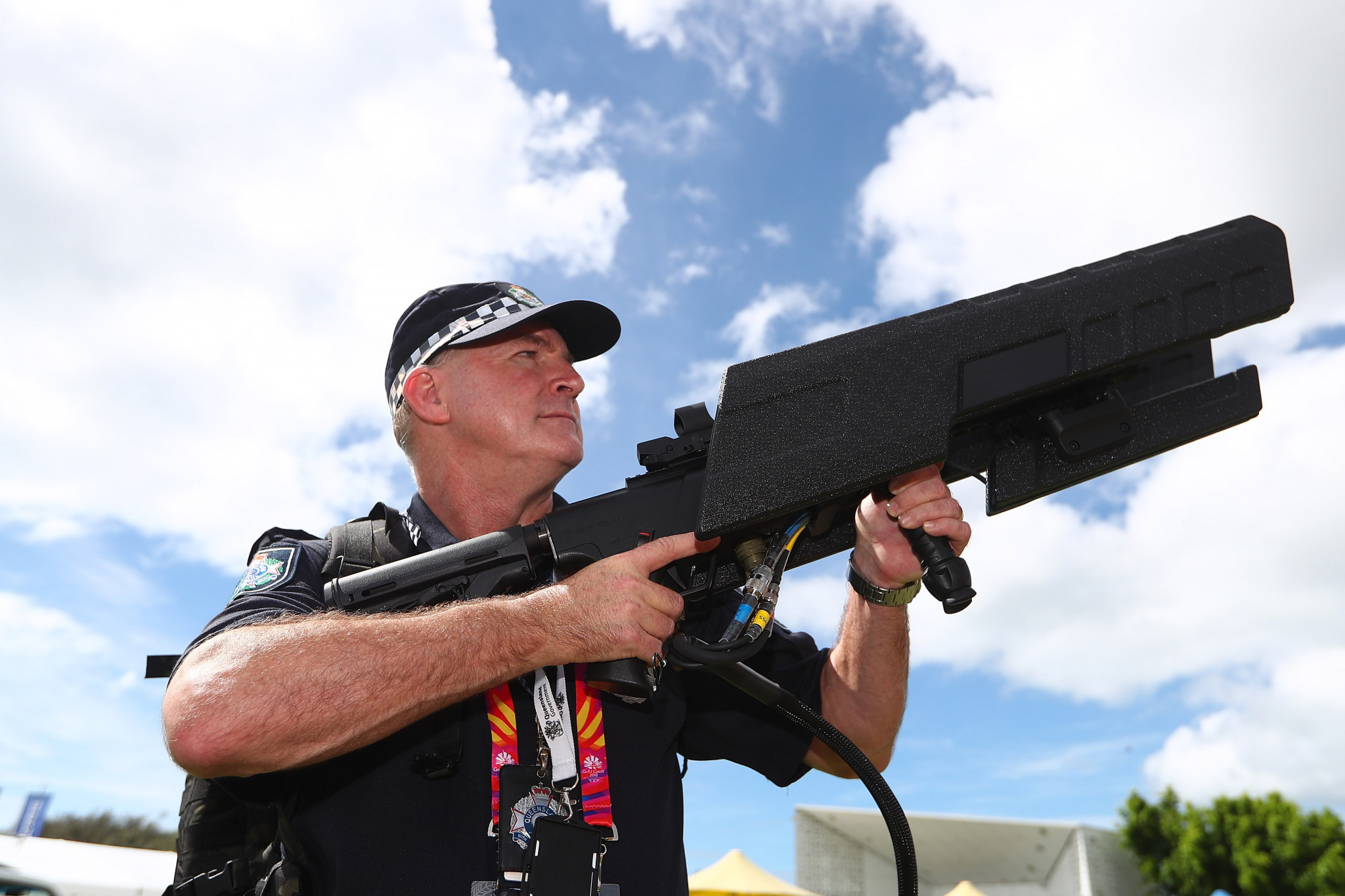 The incident, which occurred yesterday, gave the the security operation put in place for the event an early test after Gold Coast 2018 chairman Peter Beattie claimed the "safest place in Australia during the Games is actually going to be in the Games".

The drone was not breaching the zone, Gollschewski said, but its operator has been reported to the Civil Aviation Safety Authority (CASA).

Police were able to track the object through new technology established as part of security plans.

"Last night we detected an unmanned aerial system that was within a few hundred metres of one of the prescribed exclusion zones," said Gollschewski.

"We were able to track down that operator and refer that matter to CASA for the breaches that have been committed by that person operating that unmanned aerial vehicle.

"The message is there, leave your drone at home, we will detect them and we will take action."

A demonstration of the security operation in force at the Games took place here this morning.

National and local law enforcement will be present throughout the duration of the event, which begins with the Opening Ceremony next Wednesday (April 4).

It was confirmed last month that Australian Federal Police and the Australian Border Force will also assist the Queensland Police Service.

The Australian Defence Force, who are responsible for Australia's army, navy and air force, will deploy 1,000 personnel to help with the effort.

A total of 3,500 police officers from Queensland and 4,200 security personnel will be present at the Games.

A security force of more than 10,000 will work together to ensure the safety of athletes, officials and spectators.

"There is no specific threat against the Games or against anything in Queensland, but of course we live in a probable threat environment," Gollschewski added, according to the Gold Coast Bulletin.

"Everything that has happened overseas in the last few years and indeed in this country, we have prepared for, we have exercised for, we have planned for and have the appropriate resources in place to deal with."