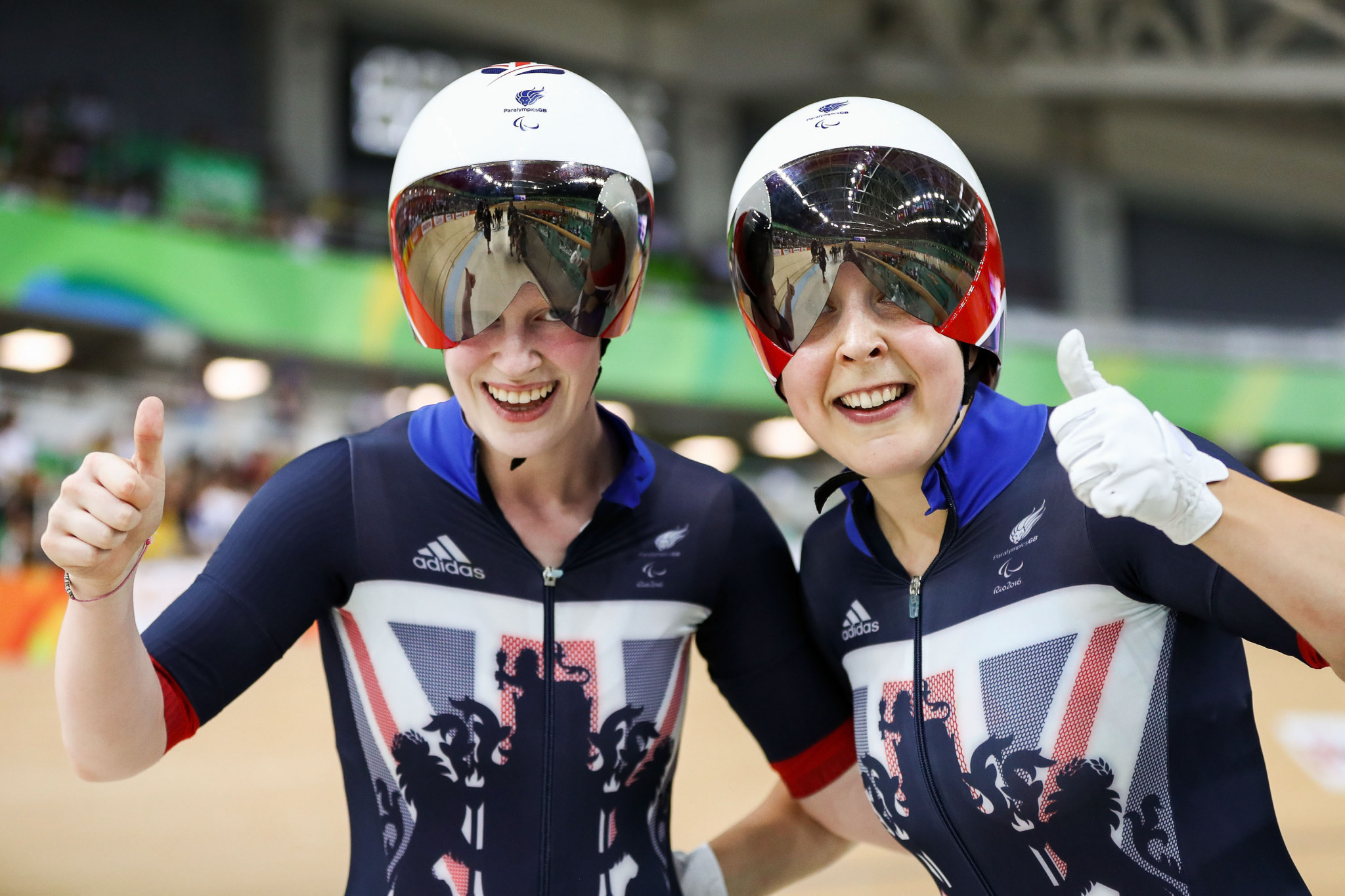 Britain’s Sophie Thornhill and Helen Scott broke their second world record in as many days as they concluded the Para Cycling Track World Championships by securing another tandem gold medal in Rio de Janeiro.

Thornhill and Scott added the 200 metres sprint title to the time trial crown they claimed yesterday with a blistering performance at the Barra Olympic Park Velodrome.

The world record was broken twice in qualification for the final as the British duo clocked 10.891sec, lowering the time set by Australia's Jessica Gallagher and Madison Janssen.

Thornhill and Scott proved too strong for the Australian pairing in the race for gold as they finished in 11.539.

The teams are set to renew rivalries when they compete at next month's Commonwealth Games in Gold Coast.

There was further tandem success for Britain in the men's 200m sprint as Neil Fachie and pilot Matthew Rotherham prevailed in their race with Tristan Bangma and Patrick Bos of The Netherlands.

James Ball and Peter Mitchell made it a podium sweep for the British team, defeating Brad Henderson and Thomas Clarke in the bronze medal final.

Spain emerged victorious from a closely-fought bronze medal race with the United States.

Lauro Cesar Chaman saved the bast until last for the host nation as he claimed Brazil's first gold medal of the Championships in the men's C4-5 15 kilometres scratch race.

Chaman ousted Australia's Alistair Donohoe to the delight of the crowd inside the 2016 Paralympic Games cycling venue.

Daniel Abraham Gabru of The Netherlands was the recipient of the bronze medal.

"The plan was to come into this competition strong and go with the fastest athletes who had big teams,” the newly-crowned world champion said.

“The last lap was very exciting for me and I was carried along by the energy of the public and my family.

"I wasn’t totally sure I had won but I had a feeling the victory was mine.”