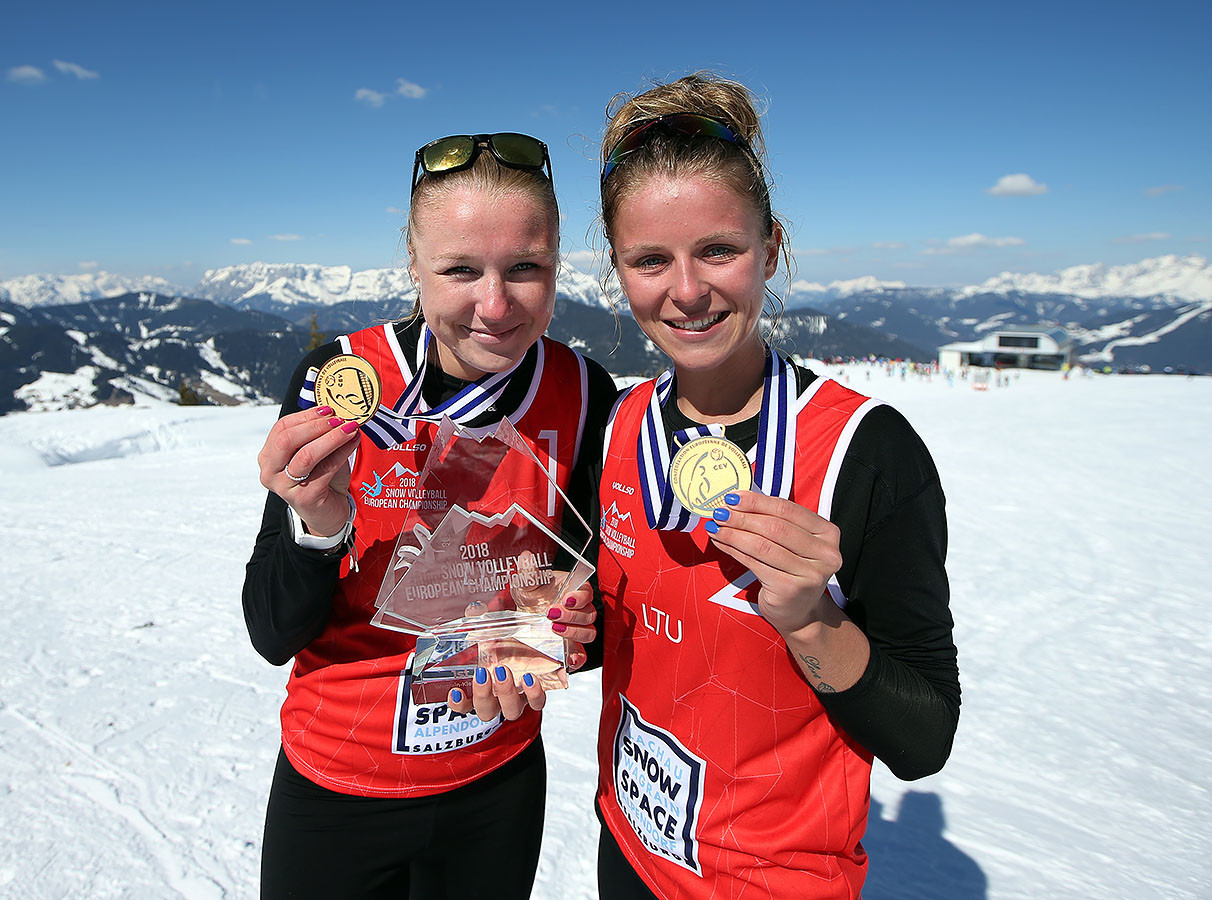 The pair, beach volleyball world champions at under-19 level in 2012, were twice pegged back by Turkish second seeds Bugra Eryildiz and Aleyna Vence.

Latvia's Alise Lece and Ilze Liepinlauska continued the Baltic success with a more straightforward 14-12, 11-9, 11-7 win in the bronze-medal match against Maria Ushkova and Liudmila Dayanova of Russia.

"It feels amazing and I would especially like to thank the many supporters who have been watching the final," an elated Dumbauskaite said.

"The atmosphere here was just great.

"We still cannot fully realise that we have won this tournament but I can say that we had come to Austria with high expectations.

"Beach volleyball remains our top priority but we enjoyed playing on snow very much and we hope to come back again, possibly for the first World Championship, as we have heard that there are plans to hold one in future."

Russian enjoyed a better result in the corresponding men's competition as Ruslan Daianov and Taras Myskiv won the gold medal.

"It feels like a dream and of course we are very happy with this European title," they said.

A total of 48 teams - equally split between men and women and from 18 countries - travelled to the birthplace of the sport to contest the European Volleyball Confederation pilot event.