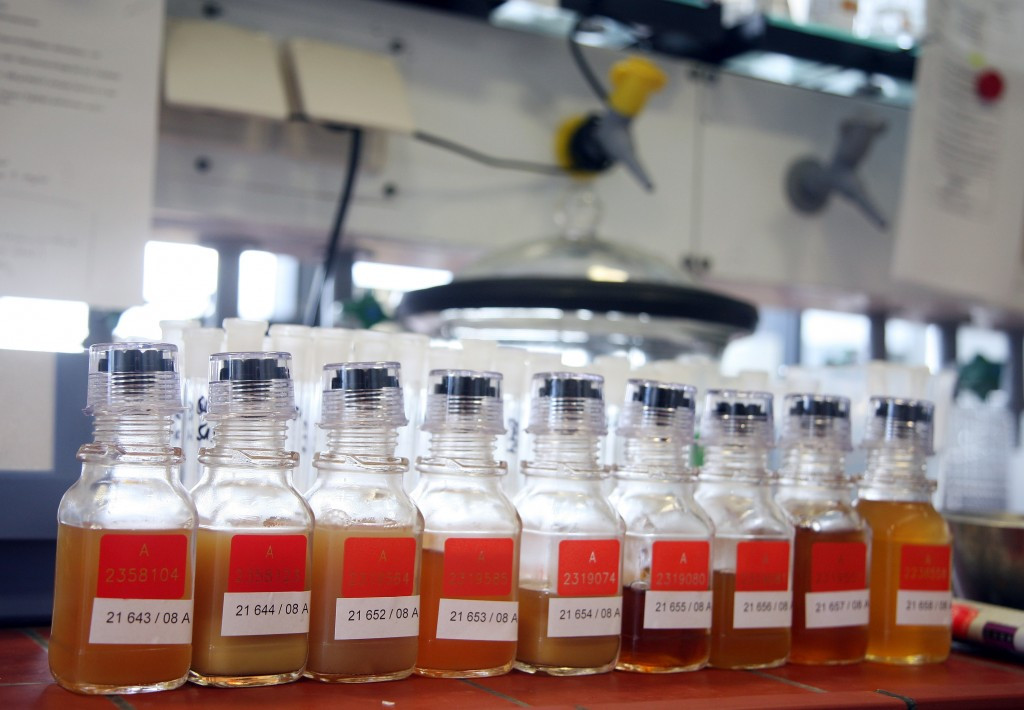 A name change is among reforms being considered by the World Anti-Doping Agency (WADA) as part of general re-branding exercise to encourage more funding from Governments and other stakeholders.

WADA, forced to cut their scientific research budget by 80 per cent over the last 10 years as funds have been diverted into other areas, are enjoying an eight per cent rise on their total annual budget to $32 million (£24 million/€27 million) this year.

Officials believe this rise will be sufficient to "take us where we need to be" but will not be enough to act as a "gamechanger" to permit a radically improved anti-doping approach.

To do this, they believe they need to show how funding can act as insurance policy to bring about improvement for world sport in its entirety and also help contribute to wider social change.

"We had a little handicap from our early years when we were very focused on anti-doping only," Olivier Rabin, WADA senior executive director, for sciences and international partnerships, told insidethegames at the WADA Symposium in Lausanne.

"I think our mandate goes a bit beyond this.

"Our mandate is, of course, about doping in sport and drug abuse in sport, but I think now we are connecting more and more to the issue of drugs in society, which is a bigger issue.

"I am discussing with the United Nations office of drugs and crime, with the World Health Organisation, and we are all concerned with the flow of drugs in our society - I think sport is a microcosm with this.

"We have got a responsibility to work together to find some proper solutions - education, science, testing, sanctions - as well.

"We are part of a more global societal issue and we need to attract sponsors and resources based on this global picture, so it is more than just the focused picture of doping for elite sport."

Rabin cited dirty laboratories, the "dark-web" and even drugs trafficking by mafia organisations as areas they could help collaborate upon.

"We know people do not necessarily connect with this very easily," he added.

"If I ask for money for UNICEF, you know what it is going to: building a well in an African country, education of kids, vaccinations…

"So you need to show the positive dynamic behind it.

"We want to go to people, explain what we want to achieve to protect sport and society and we want them to adhere to our codes and like what we do so they give money again."

Rabin cited private donors and organisations, philanthropists who are interested in sport and - potentially - Olympic sponsors as groups they could target.

WADA director of communications Catherine McLean claimed a name change could be one way to reflect a broader and more uplifting focus.

"Our brand has to be more compelling in order for a big brand to want to partner with us," she told insidethegames.

"Today its debatable whether a big brand would want to associate with 'anti-doping', what could be deemed to be a negative.

"Maybe that [a name-change] could be a consideration.

"Not only in terms of accessing more funding but in terms of speaking to our athlete community.

"You could also look at our brand being a potential insurance policy.

"WADA can be a bit of an insurance policy to a federation because we can help diminish reputation damage brought onto a sport."

Rabin admitted that scientific research had been the most appropriate area from which to divert finding in recent years so as to better resource other areas such as intelligence and investigations.

He was adamant, though, that science should be used in conjunction with other forms to catch cheats, and cited the example of cyclist Lance Armstrong, who eventually admitted guilt after investigations set into motion only after former team-mates Tyler Hamilton and Floyd Landis were caught through scientific means.

One specific areas of research hindered by the lack of investments concerns omics testing technologies looking at genes, protein and metabolites.

It is hoped that this technology will eventually generate a test which can detect the presence of erythropoietin (EPO) and human growth hormone (HGH) over a "very significantly" longer period of time than the current window of a few days at the most.

Rabin disputed the often recited line that scientists helping dopers are more advanced than those on the "good" side.

He pointed-out they have already caught four athletes for using HIF stabilisers - a form of EPO in a pill - even though the product is still in a pilot stage and not on the commercial market yet.

"The benefit is that, being WADA, we have access to the best scientists and they work with us," Rabin said.

"It doesn’t mean some bad scientists are not working on the side of the athletes [doping] but, every time I can, I have access to information provided to the doped athletes, and I have never been impressed by the science put behind it [doping].

"I think we are making progress and yes, if we can reinvest in the scientific field the way we did in the early years at WADA, I think we can, with the resources we are hoping to have in the near future, I think we can make some significant progress."