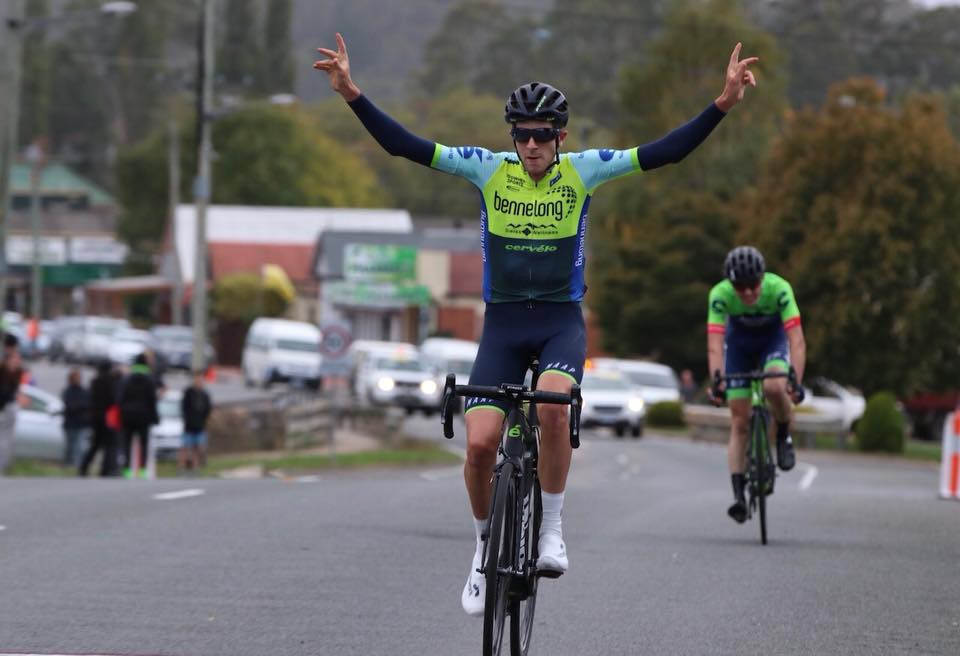 Harper claimed victory in one of the blue riband events at the Championships with a dominant display in his home state.

The 23-year-old, who rides for the Bennelong SwissWellness Cycling Team on the International Cycling Union Continental Tour, completed the course in 4 hours 08min 25sec.

He led home an expected podium clean sweep as James Whelan was second and Cyrus Monk took home the bronze medal in a race largely dominated by Harper's team.

"The team started here and it’s nice to come to its home and get a win," Harper told Tasmania-based newspaper The Examiner.

"I haven’t won many others so I would say this is my biggest win."

Gutsy effort from Whelan to bridge across to Monk, Harper and Lea in 2018 Elite Men #OceaniaRoad Championships. pic.twitter.com/zNqfejnL69

Harper added: "The course was pretty hard and with the wind added it wasn’t easy.

"Sometimes the sun was out, then it was raining and windy so it was really tough and made for an exciting race."

Whelan finished two seconds behind his team-mate and his performance saw him clinch the under-23 title.

Monk went one better than the elite race as he claimed the silver medal, while Jason secured bronze.

Sarah Gigante of Australia led from the front on her way to victory in the women's under-19 road race in a time of 1:31.31.