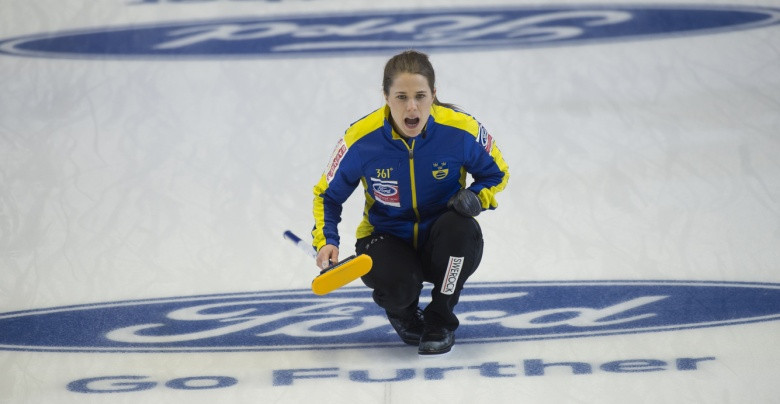 Olympic gold medallists Sweden will meet hosts Canada for the World Women's Curling Championships title after both sides came through their semi-final matches in North Bay.

Sweden edged Russia 7-6 in a nail-biting contest before the Canadian side overcame the United States 9-7 at the North Bay Memorial Gardens.

The two sides are due to clash in an eagerly-anticipated final tomorrow, while Russia take on the US for bronze.

Sweden ensured they got the chance to add the world crown to the Olympic gold medal they claimed at last month's Games in Pyeongchang with a narrow win over a determined Russian team.

"We’ve been playing a lot of games to put ourselves in this position and I think this was our best game of the week, I’m so happy with the team performance," Swedish skip Anna Hasselborg said.

"It was very important that we came into the game with the hammer and we managed the scoreboard and played a little bit better.

"Before this season we said we wanted to medal at the worlds.

"Now we have won a sliver and tomorrow I hope we win a gold."

Jennifer Jones' team did not represent Canada at Pyeongchang 2018, where the side skipped by Rachel Homan failed to reach the medal rounds, but they were still feeling the pressure to deliver.

They eased through the round-robin stage with a 100 per cent record and maintained their unbeaten run in a dramatic victory over the US.

With the encounter level at 7-7 going into the final end, Jones hit out an American stone to score two to guide her team to the final.

"It was a game that was hard to hold the lead and it came down to the wire so we’re pretty happy with the win," Jones said.

"They made some great shots late in that game and it came down to the last end and last shot, so what a game for the crowd.

"Standing on top of the podium, representing your country is just the biggest moment in sport, so we’d love to do that and we’d love to win it here in Canada, but all we can do is put our best on the ice and hope it’s good enough."