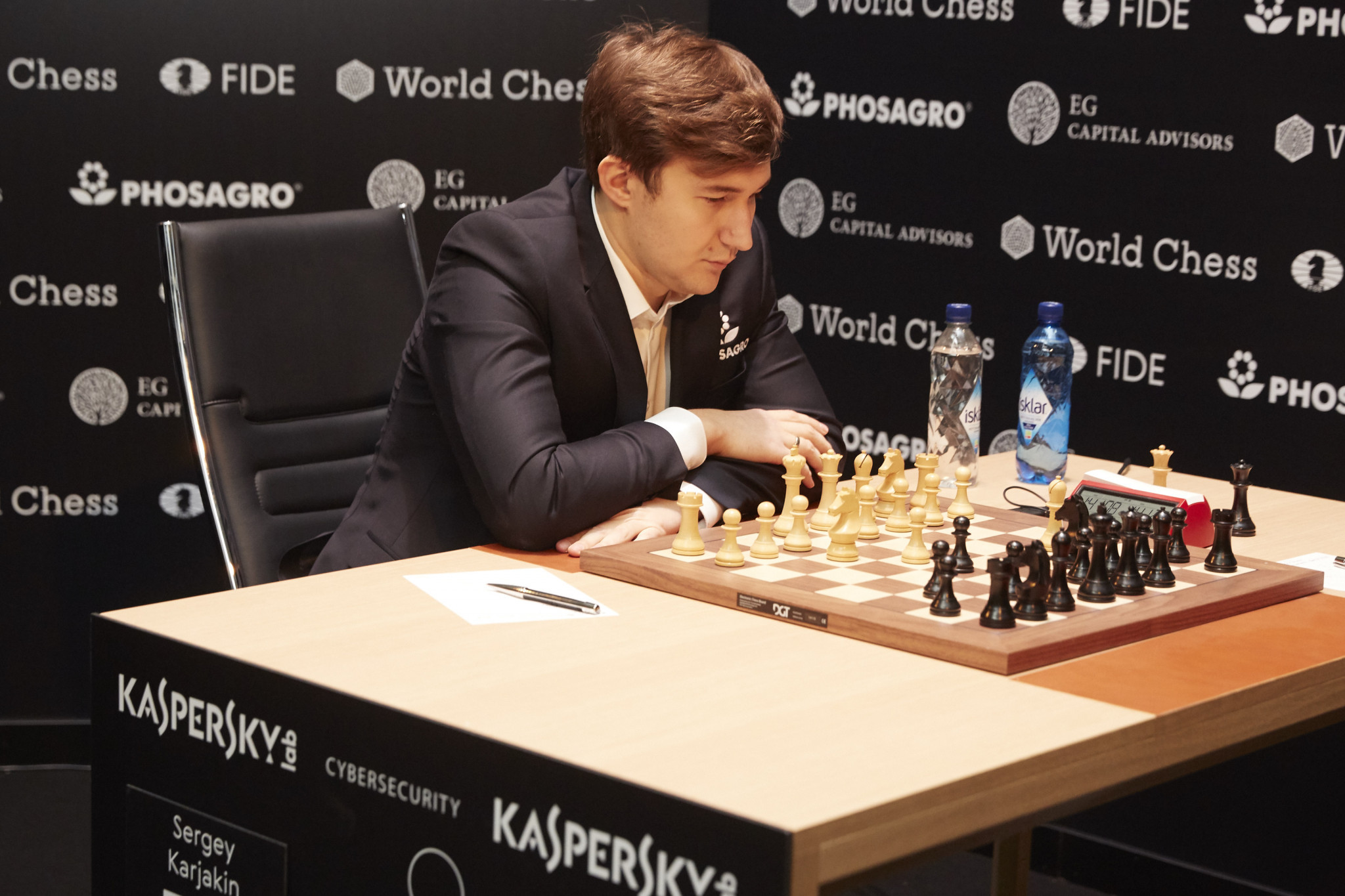 Sergey Karjakin dramatically deposed Fabiano Caruana at the top of the World Chess Federation Candidates Tournament leaderboard as he inflicted the American's first defeat in the 12th of the 14 scheduled rounds in Berlin's Kuelhaus.

The 28-year-old Russian is now in pole position to go forward as challenger to Norway’s Magnus Carlsen in London later this year in what would be a re-match of the last World Championship final in 2016, when Karjakin lost on a tie-break.

He is now level on seven points with Caruana, but has won four matches against the US player's three.

Karjakin lost twice in the first six games before earning his first win in round seven.

His rise coincided with Azerbaijan's world ranked number two Shakhriyar Mamedyarov dropping from second to fifth on six-and-a-half points after his first defeat of the tournament at the hands of Ding Liren.

The Chinese player's first win of the tournament after a string of draws lifted him to third place overall with the same total as Mamedyarov.

Elsewhere today, Russia's wildcard entrant Vladimir Kramnik, the early front-runner, drew with Wesley So of the US.

So, second bottom of the eight competitors with five points, is Karjakin’s next opponent.

They are scheduled to meet in Monday's (March 26) penultimate round with tomorrow being a rest day.

Caruana’s penultimate match is against Aronian, currently bottom of the table on four points.

March 28 is available should tie-breaks be necessary.

The event is being contested as a double round-robin with each player playing 14 games, seven with white pieces and seven with black.