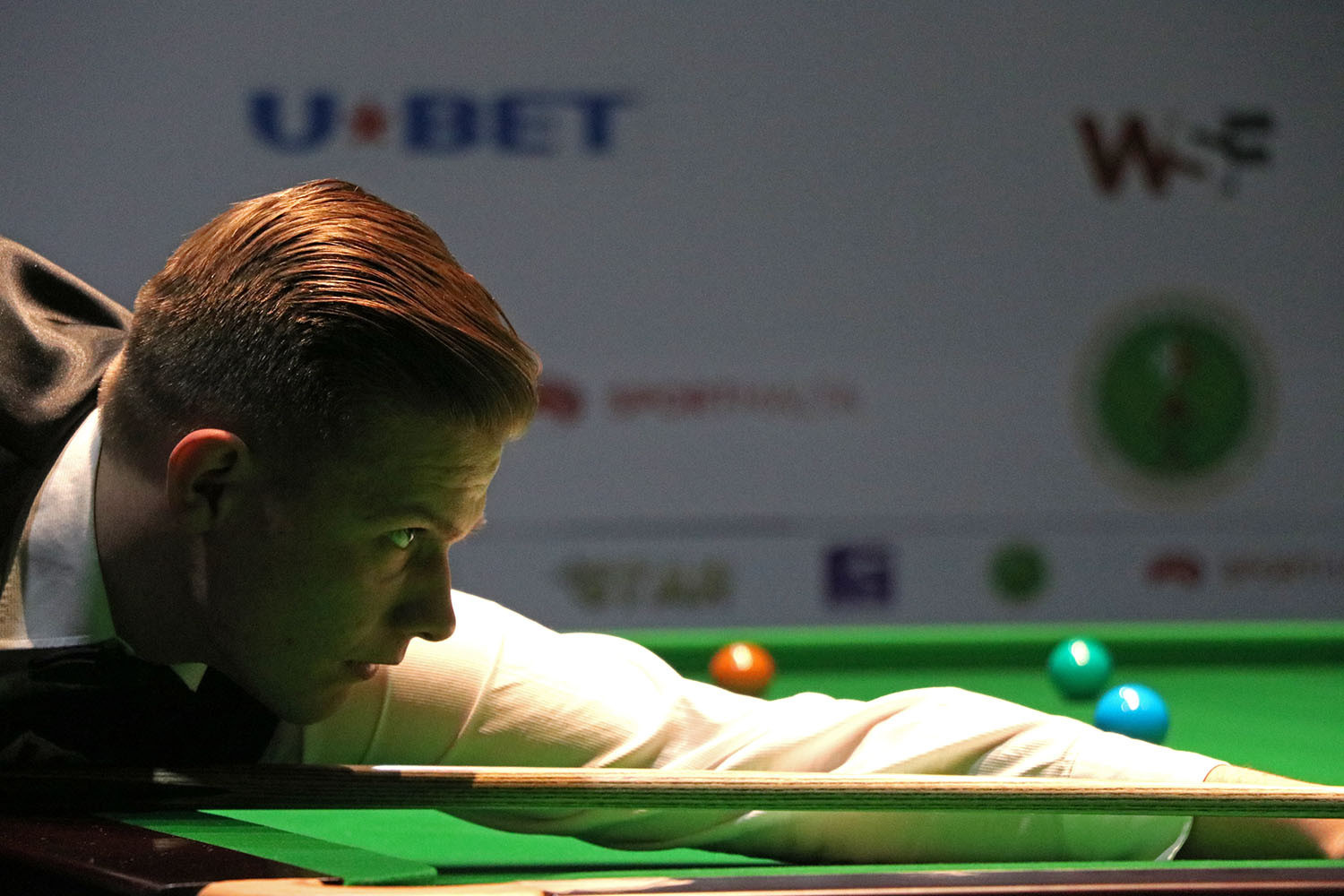 Poland’s Adam Stefanów, a wildcard qualifier for the inaugural World Snooker Federation Championship, wiped away tears as he potted the final balls to earn a place in tomorrow’s final – with its prize of a place on the professional World Snooker Tour for the next two seasons.

After coming from 3-1 down to beat former professional Kristjan Helgason 4-3, the 24-year-old – who will now meet China's Luo Honghao - a 4-3 winner over Stefanów's compatriot Kacper Filipiak - in tomorrow’s best-of-11 frames decider – explained that this ground-breaking event at the Dolmen Hotel in Malta was probably his last chance of breaking into the professional game.

“It’s just a crazy story really,” said Stefanów, who has already claimed one of the four places in next month’s professional World Championship qualifiers in Sheffield as one of the semi-finalists.

“I’m not supposed to even be here, but I had a good run in the European Championships last month in TVSofia, Bulgaria and I got a wildcard to play.

“The last three years have been really hard as I have been living in Sheffield, England and working full-time in a restaurant as well as playing snooker full-time.

“I have been very dedicated but I couldn’t do both anymore and recently came back to Poland after receiving a good job offer.

“So I came into the tournament knowing that it could be my last chance and 3-1 down I thought it would be good to finish with a semi-final in a tournament like this one.

‘When I came back to Poland I thought that I am not good enough to be on the main tour, but now tomorrow I am playing a match to be there, so it is crazy!”

Stefanów secured his place in the last four earlier in the day with a 4-2 victory against last week’s WSF Seniors Championship winner Igor Figueiredo.

But it appeared as though his run was coming to an end as he fell behind 3-1 against Iceland’s Helgason, who top scored with a break of 119 in the third frame.

However, the 24-year-old closed the gap to a single frame with a break of 52, before restricting his opponent to just nine points during the final two frames.

“I told myself to keep on trying and I was just waiting for a chance from Kristjan,” said Stefanów.

“I felt really comfortable, I have been there so many times and I am only 24 but I just realised how much experience that I have from playing for 14 years so I just tried my best.”

Helgason had earned his place in next month's qualifying at Sheffield by beating Wales' Kishan Hirani 4-2.

Luo had beaten Jamie Clarke of Wales 4-0 in his quarter-final, while Filipiak had advanced 4-1 at the expense of another Welshman, Alex Taubman.