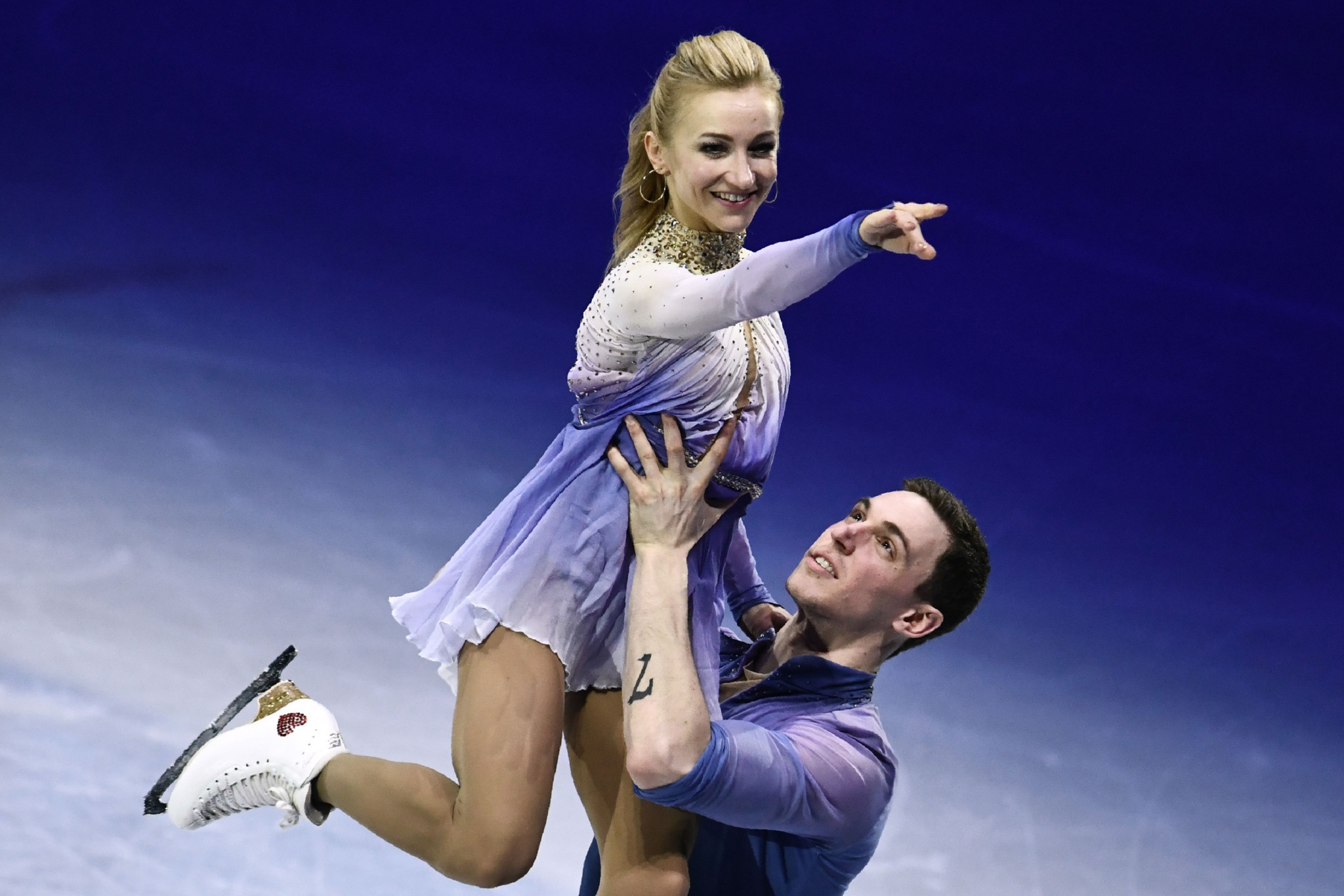 The duo, the Olympic gold medallists at Pyeongchang 2018 last month, led after the short routine yesterday and starred in the free to win by more than 20 points at the Mediolanum Forum.

Performing to "La Terre Vue du Ciel", they reeled off a huge triple twist, a throw triple flip, a triple Salchow-double toe-double toe combination and a side by side triple toe.

Spectacular lifts and spins were also part of their display as they scored a record 162.86 for the free skate.

That gave them a record 245.84 points overall as they bagged perfect 10s for performance, composition and music interpretation.

"It was tough, but we were focused and did everything," said Savchenko.

"We tried to enjoy it even more than at the Olympic Games, but it was different.

"I was really focused on the elements.

"At the end, I kissed the ice and thanked the ice."

Silver went to Russia's Evgenia Tarasova and Vladimir Morozov on 225.53 as they held onto second place from overnight.

The 18-year-old American, a team Olympic bronze medallist at Pyeongchang 2018, performed to "Nemesis" by Benjamin Clementine and landed a quad Lutz-triple toe, a quad flip and a triple Axel in his routine.

He also collected a level four mark for two spins and his step sequence as he scored 101.94 points.

Chen fell during the short programme of his individual routine at the Olympics so could redeem himself in Milan.

"I'm very happy with the way these World Championships started, especially after having two such rough short programmes at Olympics," he said.

"It's been great to have the opportunity to try the short programme again and I hope to redeem myself.

"Ultimately, I'm proud of what I did here."

Olympic gold medallist Yuzuru Hanyu, also the defending world champion, is not competing due to injury.

Tomorrow sees the start of the ice dance competition and the conclusion of the women's event, which is currently led by home Italian skater Carolina Kostner.