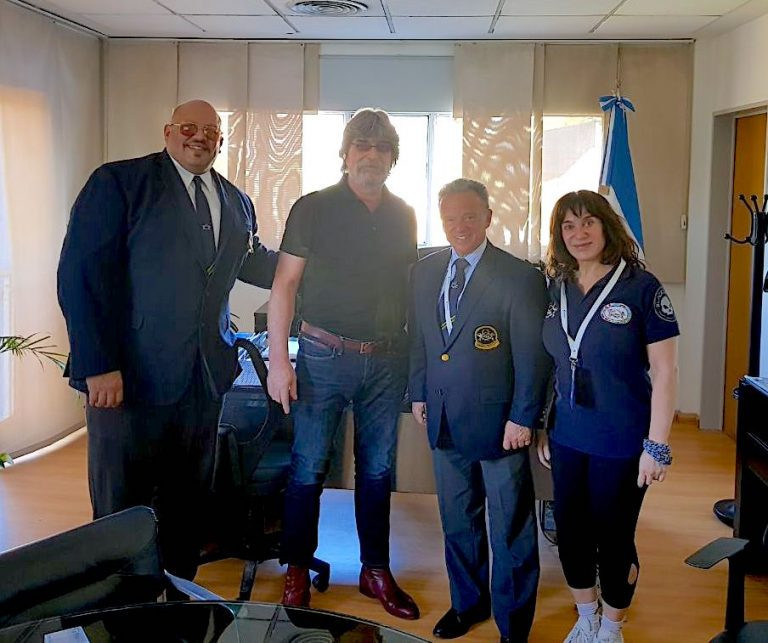 International Federation of Fitness and Bodybuilding (IFBB) President Rafael Santonja visited Argentina and Brazil on a visit to South America.

In Argentina, he visited capital city Buenos Aires in a country which organises more than 100 fitness and bodybuilding competitions every year.

He met with the country's national director of sports,  José García Maañon, as well as Argentine Fitness and Bodybuilding Federation President Fernando Loreiro.

Cristina Musumeci, the director of competitions at the South America Bodybuilding Confederation, was also in attendance.

Discussions were held on several issues, including the inclusion of fitness and bodybuilding at the 11th edition of the South American Games between May 26 and June 8.

The continental event, organised by the South American Sports Organization, will take place in Cochabamba in Bolivia.

"Argentina is a fundamental country in the promotion of our sports, considering the growth throughout the American continent as well as the important challenges that the future holds for us, in the international events organised by the Olympic organisations," an IFBB statement said.

In Brazil, Santonja attended the Pro-Am Open in Goiania.