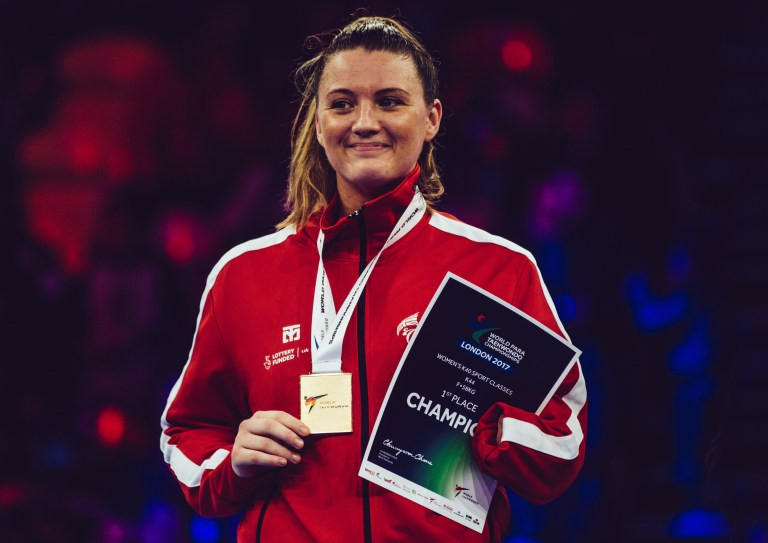 World Para-taekwondo champion Amy Truesdale has highlighted the importance of the International Wheelchair and Amputee Sports Federation (IWAS) World Games as she prepares to compete at the inaugural women's edition.

The Briton has been to two IWAS World Games so far with the first stand-alone women's edition taking place in August and September.

It will be a home Games for Truesdale, with action set for British city Worcester.

"It is great that the IWAS Women's World Games 2018 is promoting women in sport and those with an impairment - two important areas that do not have enough exposure in the media or public eye," Truesdale said.

"The event will also be extra special for me as it'll be on home ground where I hope to inspire young people from England to get involved in disability sport."

Truesdale, the world number one, was dominant throughout the women's K44 over-58 kilograms competition at last year's World Para Taekwondo Championships in London.

Victory for the home favourite saw her add to her previous haul of a gold and two bronzes from her three previous World Championship appearances.

She lost in the 2014 final to Canada's Lisa Standeven and was only awarded gold after her opponent was retrospectively deemed ineligible for the event.

The IWAS Women's World Games will be staged between August 27 and September 1.

As well as taekwondo, athletics, badminton, swimming, table tennis and wheelchair fencing will be on the agenda.

Taekwondo will make its Paralympic debut at Tokyo 2020.